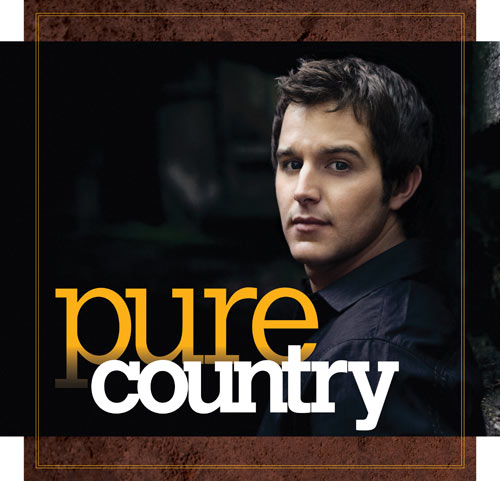 Trenton native Easton Corbin, whose self-titled debut country music album was released on March 2, is getting rave reviews. But before he becomes “the next big thing” in Nashville, he graciously agreed to sit down with Ocala Style for one of his first feature-length media interviews. And with a voice as natural as his, we’re sure they’ll be plenty more to come.

Hailing from one-stoplight Trenton, Florida, country music newcomer Easton Corbin is drawing com-parison to none other than George Strait, the reigning king of his music genre. The reason for this ultimate high praise is the song “A Little More Country Than That,” the first single from Corbin’s recently released, self-titled debut album.

The song was immediately well-received, getting generous air play on radio stations, and has continued to move steadily up the charts since its release last August.“A Little More Country Than That” is representative of the entire album’s tone and character—pure country music, replete with lively steel guitars and fiddles that perfectly complement Corbin’s smooth Southern-drawl-tinged baritone. From the very first listen, the similarity to Strait’s iconic voice is unmistakable.

“When I first heard the Easton Corbin song, I thought of George Strait,” says Dave Tyler, music director for Ocala’s WTRS-102.3 FM. “We’ve gotten nothing but positive feedback on the song from our listeners and, of course, Easton being from nearby Trenton is just gravy. It’s an amazing song.”

Acknowledging the difficulty for newcomers to strike success in the music business, Tyler adds, “Here at WTRS, we’re always looking for a new artist to wrap our arms around and support from their first song on throughout their career. And we think Easton Corbin is that kind of singer.”

In Nashville, the response and support have been much the same. After signing a contract with Mercury Records/Universal Music Group Nashville in March 2009, Corbin was paired with producer Carson Chamberlain. A veteran of the country music business, Chamberlain was the steel guitar player and road manager for the late Keith Whitley; he also was Alan Jackson’s tour manager for several years. 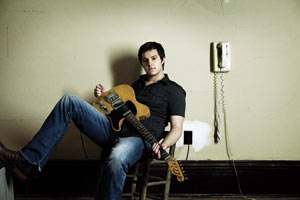 “I was impressed with Easton and loved his voice right away,” says Chamberlain. “He sings from the heart and makes you feel the song. That’s exactly what you want from a young singer.”

An accomplished songwriter, Chamberlain also worked with Corbin for nine months to write songs for his debut album. The duo wrote four songs on the album together, while Chamberlain wrote an additional two with other writers.

“Not only can Easton sing, but he’s also a great guitar player and a natural songwriter,” says Chamberlain. “It’s fun and exciting to work with someone who’s such a great person. I think Easton has a bright future in country music.”

Since the release of his first single, Corbin has been on the road performing and making the tour of country music stations across the country to promote his music.

After his parentsdivorced when he was a young boy, Easton spent a great deal of his childhood on his grandparent’s cattle farm in rural Gilchrist County. And he did what country kids do: complete chores, show cattle at livestock fairs, fish on the nearby Suwannee River, and listen to lots of country music—make that lots of traditional country music. 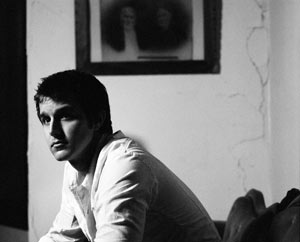 “On Saturday nights, I’d watch the Grand Ole Opry shows with my grandparents,” the 27-year-old recalls. “We’d actually start the night off with Hee Haw, then Opry Backstage, and then Opry Live. I grew up listening to the greats like Merle Haggard and George Jones. Those are the singers who influenced and inspired me to want to become a country singer.”

Easton took that first step toward his dream at 15 when he began taking guitar lessons from local musician Pee Wee Melton. The latter had had a career as a session musician and songwriter in Nashville.

“He was my first mentor,” says Easton, who would practice for hours after school and before his farm chores. “I was fortunate. What he taught me made me the guitar player I am today.”

With Melton’s encouragement, Easton became part of that inevitable high school band that all aspiring musicians tend to do. Named Southtown, the band gave the reserved Easton his first public platform.

“Of course, we only played country music,” he says. “We were too young to play the bars, though, so we played at school functions, birthday parties, festivals, fairs, and any other place that we could. We had a lot of fun.”

Being part of Southtown gave him a foundation for working with other musicians, a valuable education when he headed toward Nashville.

While his focus on a music careernever wavered, Easton was smart enough to know he might need a backup plan.

“Music was my passion and I always knew I wanted a career in country music,” he says. “But I knew it was important to also get an education to have something to fall back on. With the University of Florida right there in my backyard, it was an easy decision.”

According to his label’s bio, Easton majored in agriculture business at UF while continuing to pursue his music career dreams. A spur-of-the-moment audition at a local music store nabbed him a spot at the Suwannee River Jam, an annual country music festival in Live Oak that features national touring acts and draws thousands of fans. He describes the experience as “just me and my guitar in front of a 40-acre field full of people.” Following that, he began opening for country acts on tour stops in Florida.

It was also while attending UF that Easton began making trips to Nashville once or twice a month to participate in writer’s nights and to make demos. By the time he graduated from UF, Easton was ready to make some important decisions. On September 2, 2006, he married longtime girlfriend Brinn and the following month, the couple moved to Nashville.

“It was time,” he says. “I didn’t want to wake up one day and regret that I hadn’t taken the chance.”

Outside of playing music, the only real job Easton has ever had is working at Ace Hardware. He began working at the national chain general supply store while in college.

“I had to have some steady income,” he says. “But the people at Ace Hardware were also very supportive of my music career. When I told them I was moving to Nashville, they helped me get a job at a store there.”

And believe it or not, Easton continued to work at Ace Hardware even after signing his record contract. He finally relinquished his Ace Hardware cap after the release of his first single.

Easton had sent a demo to a distant cousin, who also happened to be the professor of music management at the University of Montana. Impressed by what he heard, the professor sent the demo to some of his Nashville contacts. Among those was booking agent James Yelich, who was similarly impressed and requested a live audition with Easton. At that audition was Joe Fisher, a senior director with Universal Music Group Nashville. To say that the audition went well would be an understatement—Fisher quickly signed Easton to the Mercury Records label. Shortly thereafter, Fisher paired Easton with Carson Chamberlain.

Counting Keith Whitley as one of his major musical influences, Easton views it as a good sign and a gift that he ended up with Chamberlain as his producer.

“You can’t do anything in life alone,” says Easton, “and I’ve been so fortunate to have met so many wonderful people who have supported me and my music. I’m so grateful.”

So how does Easton really feel about the George Strait comments?

“It’s a great honor for me to be even remotely compared to George Strait,” he says. “Like Merle Haggard and George Jones,there’s only one George Strait.”

And while Easton is flattered by the Strait comparison, he believes in his own identity and music.

“I want to make the right decisions and build a strong foundation for my music,” he says. “I just want to make great country music. My goal is to have my own long successful country music career.” a
Posted in Uncategorized