The roots to Ocala/Marion County being known as the “Horse Capital of the World” trace back to 1936. That’s the year when Carl Rose established his Rosemere Farm, the first thoroughbred operation in the area. Twenty years later, Dickey Stables-bred Needles became the first Florida-bred to win the Kentucky Derby.

In the ensuing six decades since Needles captured the 1956 Kentucky Derby, the Florida thoroughbred industry has thrived. A total of 13 Florida-breds have won at least one of the Triple Crown races. Affirmed claimed the 1978 Triple Crown, sweeping the Kentucky Derby, Preakness Stakes and Belmont Stakes. To date, 52 Florida-breds have been named national champions and five have been honored as North American Horse of the Year.

All of that glorious history and more is on display and open free to the public at the Ocala-based FTBOA Museum and Art Gallery.

“We think of the museum and art gallery as a valuable piece of Florida thoroughbred history,” says Tammy Gantt, FTBOA associate vice president. “It instills the value of our state’s rich heritage with horses. Through a self-guided tour of the displays, visitors can experience the history and impact of the thoroughbred industry.”

The Needles memorabilia includes the D&H Racing Stables silks worn by jockey Dave Erb in the Kentucky Derby. Also on display is the 1956 Kentucky Derby trophy, as well as Needles preserved cremation ashes. 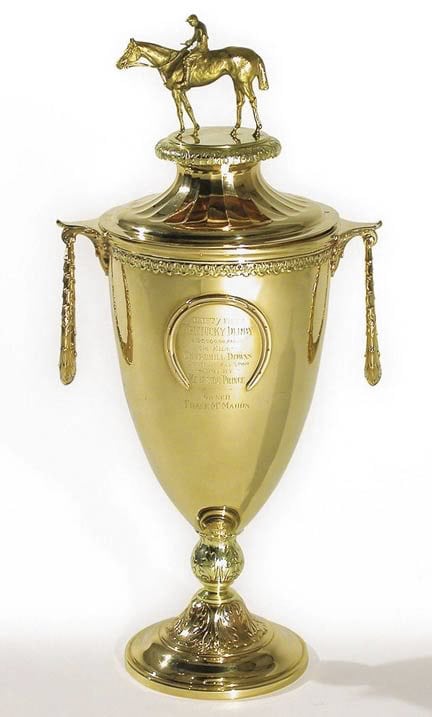 Florida-bred Dr. Fager, who was a multiple national champion and 1968 North American Horse of the Year, is represented by a speeding ticket issued to him as a publicity stunt when he returned to Ocala at the end of his racing career. Dr. Fager still holds the North American record for a mile on the dirt with a time of 1:32 1/5.

“The art gallery is a catalyst for many artists to showcase their equine work with a focus on Florida-breds. We rotate out different artists and themes,” says Gantt. “Our current art exhibit honors Florida-bred Silver Charm, who among his many racing accomplishments, won the 1997 Kentucky Derby and Preakness Stakes. We invite everyone to pay us a visit.”