The entire state of Florida is riddled with hidden gems, but if you are a biking aficionado, the Withlacoochee State Trail simply cannot be disguised. 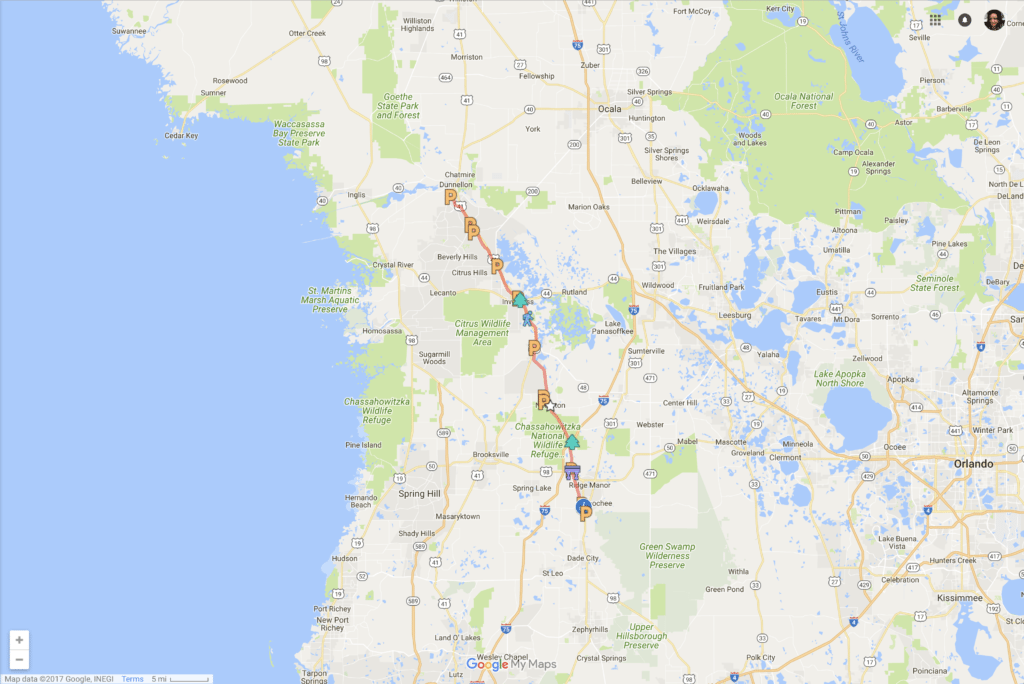 The Withlacoochee State Trail is a non-motorized rail trail that runs from southern Dunnellon southward to Lacoochee along the Withlacoochee River and through the Withlacoochee State Forest and Hernando, Citrus and Pasco Counties. At 46 miles, it’s the longest paved, multi-use (walkers, runners, cyclists, tricyclists, strollers, rollerbladers) trail in Florida.
The route traces the path of 16th century Spanish explorer Hernando DeSoto and was constructed in the 1880s as the Inverness and Brooksville Railway, connecting to the Florida Northern Railroad in Citrus Springs and the South Florida Railroad in Dade City. For many years, the railroad flourished, but, in 1987, CSX abandoned the stretch. Two years later, the state of Florida bought the abandoned tracks to convert it into a bike path under its “rail-to-trails” program, and the 12-foot wide route opened in 1992.

Note: Most trailheads (“rest stops” devoted to entry to or exit from the trail) boast parking, a picnic area, restrooms and water.

Inverness Trailhead
315 N Apopka Ave., Inverness
Mile Marker: 15.8 S
The Inverness post pops up after riding over the Lake Henderson Trestle and is a stopover before Wallace Brooks Park, Cooter Pond Park and the historic Fort Cooper State Park. Although Inverness is just a third of the way through the full trail, it’s a good stopping point. Two-day trippers can bunk overnight at the Central Motel, just a block from the trailhead. If you need a mid-trip snack, walk or bike a half-mile south to downtown Inverness for eats at Coach’s or Little Italy.

Trilby Trailhead
One mile west of U.S. 98 on Trilby Road, Trilby
Mile Marker: 44.8 S
Not the best choice for an extended stop, with no restaurant of note for five miles in any direction.