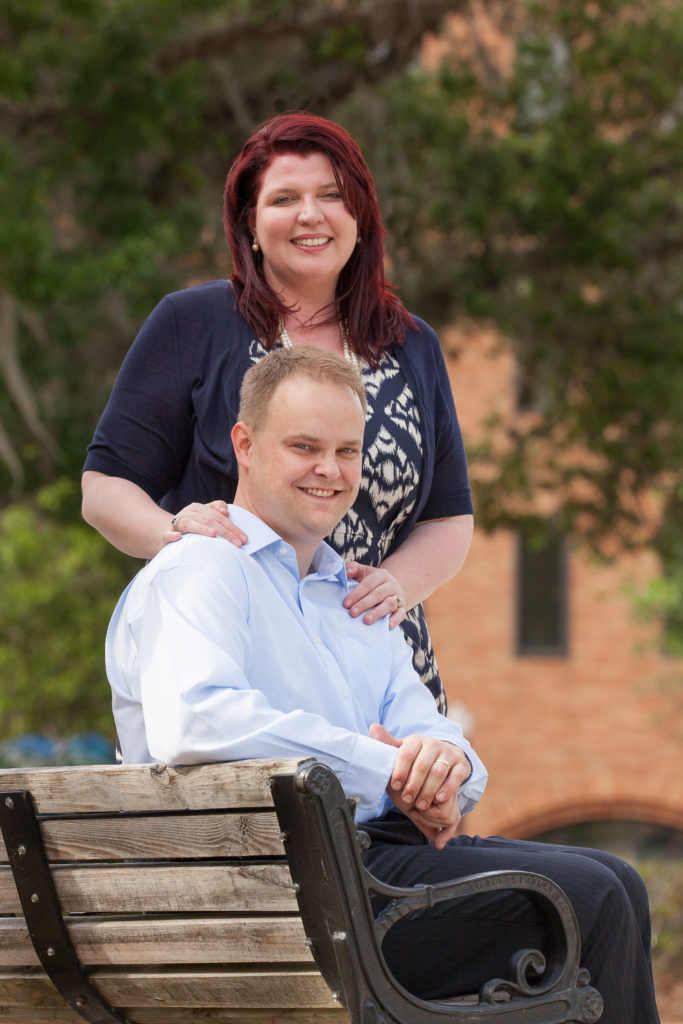 One of Ocala’s distinguished attorneys sets her sights on a leading role in The Florida Bar.

“Marion County has always felt like home. I moved here with my husband after law school,” explains attorney Reneé E. Thompson. “We have some of the best practitioners in the state here—not only are they seasoned lawyers, but a community that knows one another. It makes all the difference in how you develop as an attorney, because people look out for you, they check in on you, and they care about you and treat you well.”

Her husband of 20 years, Tommy Thompson, is one of Marion County’s four county judges. The pair met in high school in Clearwater, Florida and wed after they graduated from the University of Florida law school.

“Tommy and I have made a life here in Ocala and found a lovely place to practice. I think Ocala has a tremendous potential for growth, both for families and for business. It just provides so many opportunities. That’s why I have always loved it. There’s nothing Ocala can’t do!”

The same might be said about Ms. Thompson. She is an active force in the Marion County legal and professional community. She has practiced law in Ocala for more than 18 years and focuses on civil work as a solo civil attorney at her firm, Thompson Law Center, PLLC, and also works as a civil mediator with Upchurch, Watson, White & Max Mediation Group, a statewide mediation practice.

In addition to being a member of The Florida Bar with the distinction of earning many awards and honors in her field, she is the former president of the Marion County Bar Association, a Practice Management and Technology professor at the University of Florida College of Law, and is involved with law-related education initiatives including mentoring and coaching local high school moot court students.  She was most recently named by Fastcase legal research company as a Fastcase 50 honoree, which annually honors the law’s “smartest, most courageous innovators, visionaries and techies” from around the nation.

Perhaps most notably, she has been the Florida Bar Board of Governors Fifth Circuit representative, having served on the Board for eight years.

“I became involved with the bar as a very young lawyer. I started on The Young Lawyers Division of Governors Board. I was on that for eight years and eventually became the president of that board in 2010. Then, in 2012, one of the former presidents of the bar, Eugene Pettis, asked me to start the Leadership Academy for the Bar. So we started the first academy of leaders from around the state and I served as the inaugural chair of the Academy. They are going on to their seventh class now, and it has really become a springboard for attorney-leaders across the state to not only become leaders within the bar but within the profession,” she explains. “Some have even gone on to become judges and hold office in their communities, and it was one of the most rewarding experiences to work with our state’s future leaders.”

In her position as the governor for the Fifth Circuit, a role that has allowed her to hold numerous chair positions and be a part of the executive committee, she was twice presented with the President’s Award of Merit for her work within the bar.

“The Florida Bar Board of Governors is made up of representatives from around the state. The bar is an arm of the Florida Supreme Court and handles the regulation of attorneys in the practice of the law. The Fifth Circuit is represented by five counties (Citrus, Hernando, Lake, Marion and Sumter), so all the lawyers in that circuit vote to elect a governor to represent them on the board,” explains Thompson. “There are 52 governors on the board. It is based on geography and how many lawyers there are in your circuit. For instance, Miami has six governors and we have one. I fill that seat,” she continues. “The 52-member body meets six times a year around the state to handle all of the policy and discipline matters and anything else that may come before the board for rule changes and policy decisions. We handle issues that are directly relevant to the attorneys in Marion County. We had an issue that came up a few years ago with regard to how trust accounts are set up, including whether or not trust accounts can be set up at a community bank level or only at a national bank level. That has an impact locally on both local lawyers and community banks. Everything we do has an impact on how lawyers practice law in Florida. All of those board meetings are presided over by the president of the bar.”

And while the very first president of the bar was from Ocala, there has not been another attorney from Ocala elected to that position since the bar became integrated in 1950. Thompson, however, is on track to change all that.

“I am running for president-elect of The Florida Bar,” she asserts. “The position of president is currently held by John M. Stewart out of Vero Beach. I am running for that position for the 2021/2022 term. The way it works is that you run two years prior to you taking office. It is a statewide position, so I would serve as the president over the 52-member Board of Governors. You are charged with overseeing Florida attorneys, which is about 107,000 at the moment. It’s a very important job, if you are fortunate enough to be elected.”

As the old saying goes, fortune favors the brave, and Thompson is not one to shy away from a challenge.

“I realized that I can probably do the most good by running for elected office. I have a passion to help small and solo practitioners,” she reveals. “Sometimes the bar is considered to be ‘big firm-focused’ and so it’s important to me to give people the ability to vote for someone who is from a rural community, who is also a small practitioner, who has worked in small and mid-sized firms and who can help them with their day-to-day practice needs. I think I bring that different perspective, which is important to our members.”

Another one of Thompson’s areas of interest is practice management.

“It’s a huge focus of mine to make sure that our small firms have the resources they need to practice law,” she offers. “When you go to law school, they teach you how to interpret the law, how to read the law and how to write laws, but they don’t teach you the ‘business of the law,’ how to maintain a client, how to maintain a trust account and how to be a business-savvy lawyer, so that you can pay your staff and keep the lights on.”

Thompson is also focused on an issue that is a statewide concern and very relevant here in Marion County.

Thompson’s passion for the law has grown into a full-grown love affair over the years.

“I love being a lawyer. I love helping people,” she enthuses. “And my work with the bar only enhances that for me. I don’t know if I would want to practice law without it. It has changed my perceptions. It has made me a better lawyer and has been a positive influence in my career.”

While she has been campaigning for the past year, Thompson will officially be a candidate in November and voting for all 107,000+ Florida attorneys will take place in March 2020. Every eligible member of the Florida Bar will get a ballot to vote. Thompson is looking forward to the opportunity to lead the attorneys in Florida.