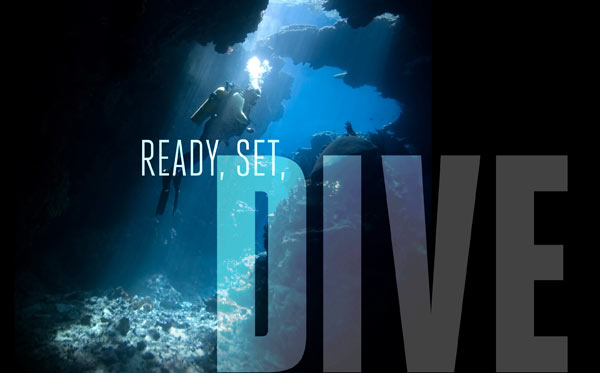 Water. It covers over 70 percent of our amazing Earth. But it’s what’s beneath that water that has long been a source of fascination. Although revered as an artist, Leonardo da Vinci was also a technological genius who created scientific diagrams and drawings that often mystified those of his era. In 1500, he was credited with designing equipment meant for underwater exploration, but it would take centuries before those dreams became reality.

It wasn’t until the mid-20th century that a compressed air breathing apparatus became available to the general public. The Aqua-Lung, developed by Jacques Cousteau and Emile Gagan, went on sale in France in 1945 and reached the U.S. market in 1948. Just 11 years later, in 1959, the YMCA organized the first national scuba diving training program in this country.

Originally an acronym for “self-contained underwater breathing apparatus,” SCUBA is now considered a word on its own and has literally opened up an entire world below the water’s surface.

“We used to go on snorkeling trips,and we’d dive down with our snorkels, but we could never stay down long enough to look at everything we wanted to,” says Charlene Woodward of Ocala. Charlene, 27, and her husband, Zac, 28, obtained their open water certification in May 2011.

“We’re adrenaline junkies. We’ve done rock climbing and surfing, but scuba is the one thing we’ve really stuck with. You feel like an explorer; you’re looking at things not a lot of people get to see, so that makes it special,” says Charlene. “We recently went to West Palm, and we were lucky enough to see a hammerhead shark while diving.”

Although she was nervous in the beginning, Charlene says getting certified was easier than she anticipated. Since then, she and Zac have gotten their Advanced Open Water certification, as well as their cavern certification. The couple has already logged about 45 dives.

There was a time in the not-too-distant past when scuba certification took weeks, if not months. Today, it’s possible to learn the basics and get certified in less time than you put in at your job during a 40-hour work week. 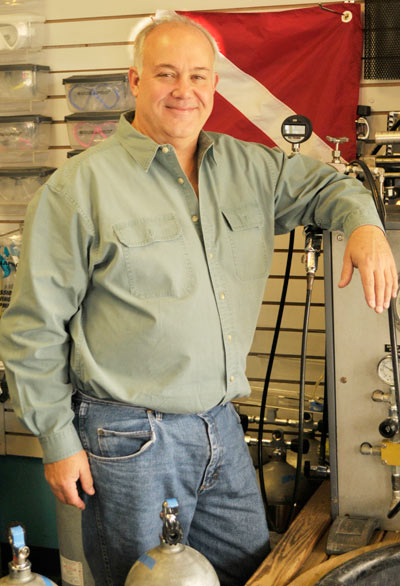 At Ocala Dive Center, owner Bill Foote gets hundreds of calls about scuba certification every year, and invariably, the most common questions are: “How quickly can I get certified?” and “How much does it cost?”

“Those are important to ask, but they’re not the most important questions,” says Bill, who’s been certified since 1971. “This can be a life-threatening activity if you’re not properly trained, so it’s a mystery to me that someone just wants to see how quickly they can get certified.”

“Success all boils down to the instructor, no matter how good the dive shop is,” notes Craig Clark, owner of Aquatic Center of Ocala and a diving instructor since 1999.

“All instructors teach differently,” adds Bill, who has been an instructor for over two decades. “You should like the person training you, and you can’t determine that over the phone. Before you make a final decision, it’s good to have a face-to-face conversation with the person who’s going to train you.

No doubt it can be confusing when you visit a dive shop and see all the signs and certificates. PADI, NAUI, SSI… what does it all mean? The initials stand for various diving training organizations or agencies, and instructors may be certified to teach by multiple organizations. For example, PADI (Professional Association of Diving Instructors) is the largest of the world’s recreational diving membership organizations and was started in 1966. PADI offers the most commonly accepted diving certification, “Open Water Diver” course, and annually issues nearly 946,000 certifications. Divers can be certified as young as 10 years old. NAUI (National Association of Underwater Instructors) was established in 1959 and offers certification for those over the age of 8, while SSI (Scuba Schools International) launched in 1970 and is the world’s largest school-based training agency. There are additional organizations, but PADI, NAUI and SSI are three of the world’s largest.

The Open Water course is the standard scuba certification course and covers the basic skills and information you’ll need, but there may be some variations in content depending on the agency. There’s no upper age limit, providing you’re healthy.

“I have people from The Villages coming up and getting certified,” notes Craig. “You have to be physically fit enough to carry about 50 pounds of weight, but you don’t have to be like an Olympic athlete.”

You don’t have to be an expert swimmer, either, but you do need to feel comfortable and competent in the water. You will have to fill out a statement of medical history and a physical exam may be required. Some conditions (including epilepsy, asthma and certain heart conditions) are deal breakers simply because diving with them is too risky. 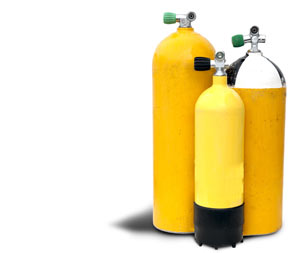 Scuba courses involve both academic and hands-on learning. Like it or not, there’s definitely science involved in the sport, and you must be able to fully grasp those details in order to safely participate. In addition to the basics of diving techniques, you must learn the physiological aspects of the sport and how they affect your body. You’ll also need to know how to respond immediately in the event of equipment failure and how to rescue yourself or a friend. After all, you’re going to be in an alien environment, so it’s crucial to be extremely familiar with your equipment and confident in your knowledge.

“Scuba is not a ‘macho’ sport. It’s a mental sport and very individualized, much like golf,” explains Craig. “There’s a lot of planning involved, plus rules of science and physiology.

“The old saying ‘Ignorance is bliss’ doesn’t apply in this sport,” adds Craig. “Computers have single-handedly made the dive industry a lot safer. For example, we even have full face masks now with built-in computers that warn you with an audible alarm if you are ascending too quickly.”

Depending on the instructor, expect to spend roughly 30 to 40 hours total to obtain your certification. Time will be divided between an academic setting and in the water—first in a pool and then at open water dive sites.

“You learn in the classroom, practice in the pool and perfect your skills in the open water dives,” says Bill.

Scuba diving is not a rich man’s sport, but it’s not exactly a “bargain basement” hobby, either. It requires an array of equipment, some of which can be on the pricey side. The good news is, the equipment is made to last, so once you’ve made the investment, you shouldn’t have to replace it any time soon. When you sign up for a class, the scuba shop typically provides the air tanks, regulators, buoyancy compensator vest (weight vest) and wet suit. You’ll be required to purchase your own mask, snorkel, fins, booties and weights.

“We don’t encourage people to buy the most expensive equipment, but you don’t want the least expensive either,” Craig points out. “The equipment should be fitted to you, and the more comfortable you are, the more you can enjoy the sport.”

Be prepared to spend in the neighborhood of $500 to $600 for the basic equipment and the course itself. There are also nominal site fees for open water dives, which vary depending on location. Keep in mind that paying for the course and equipment isn’t a guarantee that you’ll get certified. You still have to pass the academic portion of the test and satisfactorily complete a minimum of four open water dives under instructor supervision.

Unlike a driver’s license, once you’re scuba certified you don’t have to renew your certification. Of course, if you haven’t been diving for some time, or if you ever have any questions about your skills, you can always take a short refresher course with a professional instructor.

Scuba diving is all about having fun.

“I encourage people to develop an activity to do while diving because it gives a sense of purpose,” Bill notes. “An underwater tour is certainly a meaningful purpose, but it is good to have an actual goal. Underwater photography is very popular.”

“For me, scuba diving has become a passion. Once I started taking dive trips, I became interested in underwater photography and marine life. Diving has emboldened me to travel to some places I couldn’t have placed on a map 15 years ago,” says Wayne Escott, 48, of Toledo, Ohio, who has traveled to the Caribbean, Ecuador, South Pacific and Indonesia to dive andis planning a trip to experience the diving opportunities in the Florida Keys. 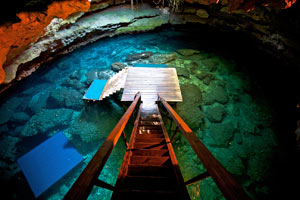 “Diving has introduced me to interesting people from around the world whom I now consider friends. I have been inspired by the beginners who are excited about seeing their first sea turtle and by divers in their 70s who still come out of the water enthused about their dive, even though they have over a thousand dives in their logbooks,” says Wayne, who has multiple scuba certifications and has logged 499 dives since 2001. “I feel truly fortunate to have been face-to-face with fish only encountered by most people behind the glass of an aquarium or on television.”

For diving opportunities in our area, check out: