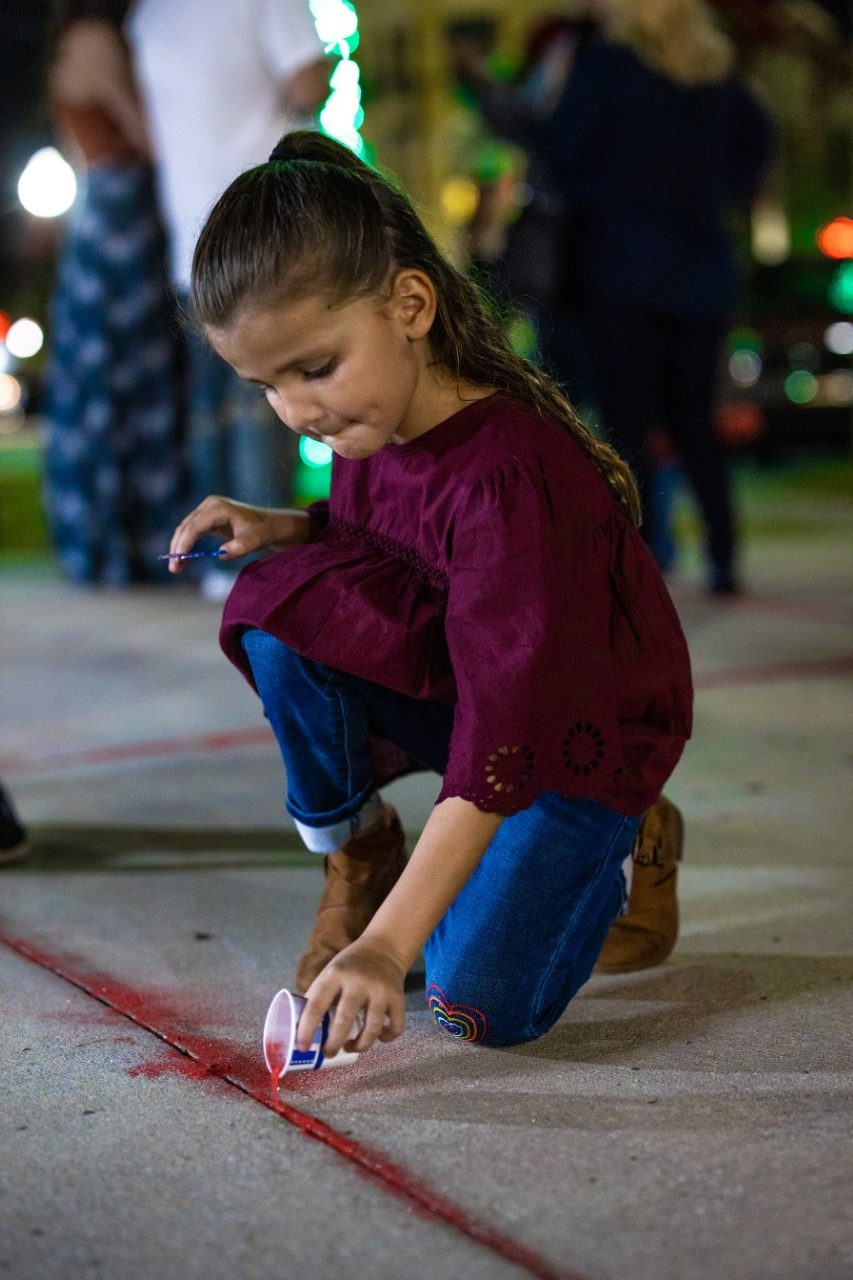 square was still shining with holiday lights that illuminated the sidewalk where participants filled the cracks with red sand. Held in conjunction with Human Trafficking Awareness Month, RSP used the colorful red sand in this interactive art project to represent victims of human trafficking who have fallen through the cracks. Some victims are saved while others remain enslaved around the world.

Local RSP coordinator Rev. Mary Delancey said that she was hoping people would enter into this experience of learning about human trafficking.

“By putting the sand in the cracks, of identifying that feeling of being lost and caught between worlds, I’m hoping people will learn through their experience,” Delancey said.

Delancey has been involved in anti-slavery work locally, regionally and internationally for about seven years. She is a deacon at Grace Episcopal Church, the freedom partner coordinator for the International Justice Mission Orlando volunteer team and a board member with Marion Cultural Alliance.

Michelle Goode participated in the RSP on Friday evening, but wasn’t familiar with the project beforehand. Goode, along with her son Shane, 3, sat on the ground and filled the sidewalk spaces with the red sand. 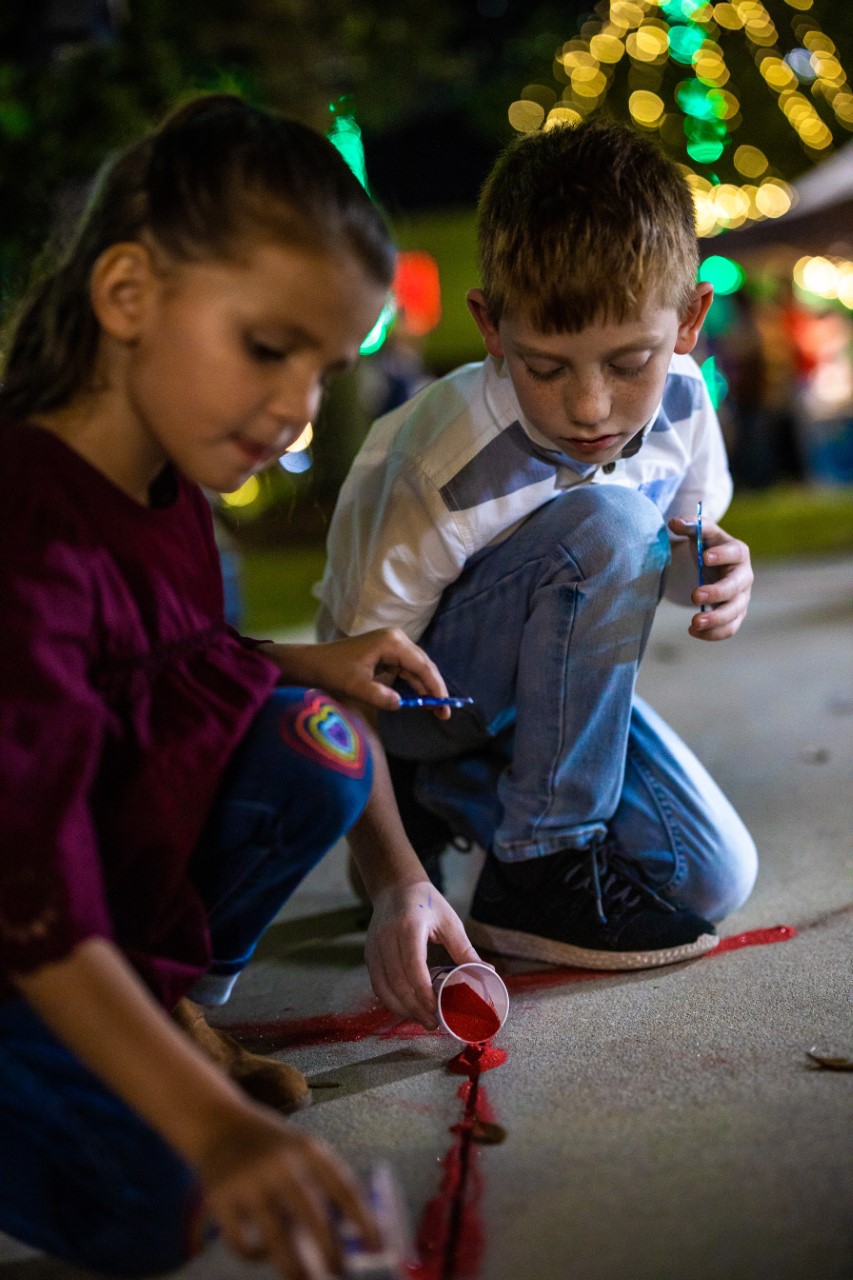 “I was a little aware about human trafficking, but I wasn’t aware that it was so prevalent in the United States,” Goode said. According to DoSomething.org, in 2018, the National Human Trafficking Hotline received the most calls from California, followed by Texas and Florida.

“This is the first time the RSP will be done locally,” Delancey added. “The Red Sand Project is a simple but powerful way to draw the community’s attention to the global and very much local problem of human trafficking.”