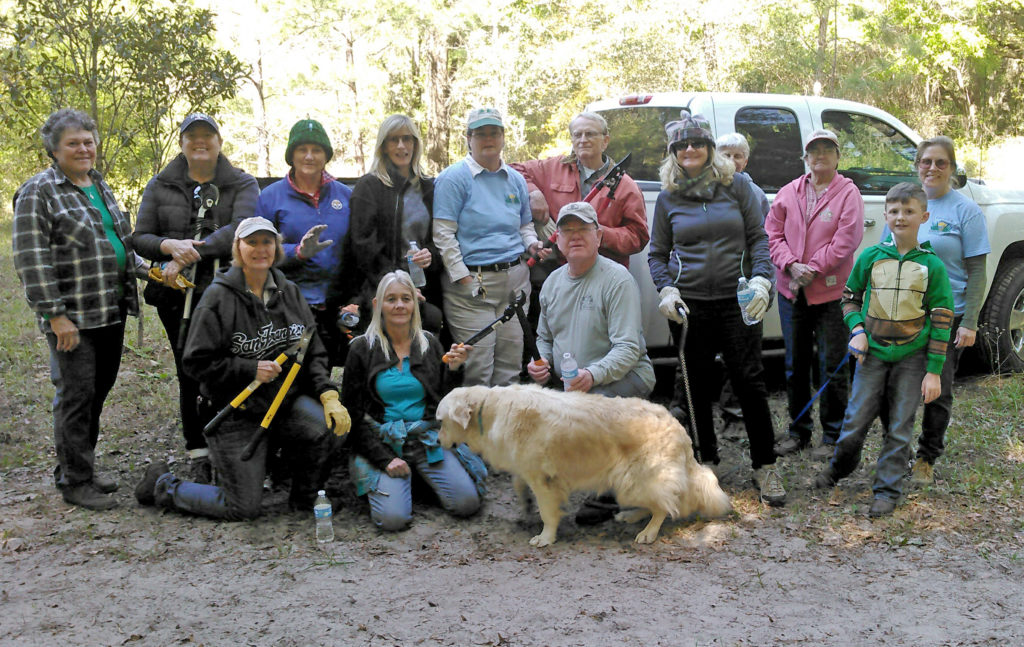 With 86 miles of marked horseback riding trails in the Cross Florida Greenway, it takes a village to maintain them—or in this case, the Greenway Equestrians.

Founded in 2007, the Greenway Equestrians are a group of volunteer horseback riders, who through a signed agreement with the state, coordinate trail maintenance. The group also serves as a communication conduit between the equestrian community and the CFG.

“Many dedicated riders put in thousands of hours building and maintaining our trail system in the 1990s,” says Doug Shearer, a founding member and current vice president of the Greenway Equestrians. “Trail riders, like Celeste Gavin, Matt Small, Nancy Alford, Barbara Bartee, and Nancy and Wayne Stading, were the pioneers who helped create the Greenway trails. We are dedicated to maintaining our trail system.”

For Bre Ximenes, CFG trail and volunteer coordinator, volunteer organizations like the Greenway Equestrians are invaluable.

“With 300 miles of trails, including horseback riding, biking and hiking, we depend on and are very grateful for our volunteers,” says Ximenes. “There would be significantly fewer trails without volunteers like the Greenway Equestrians.” 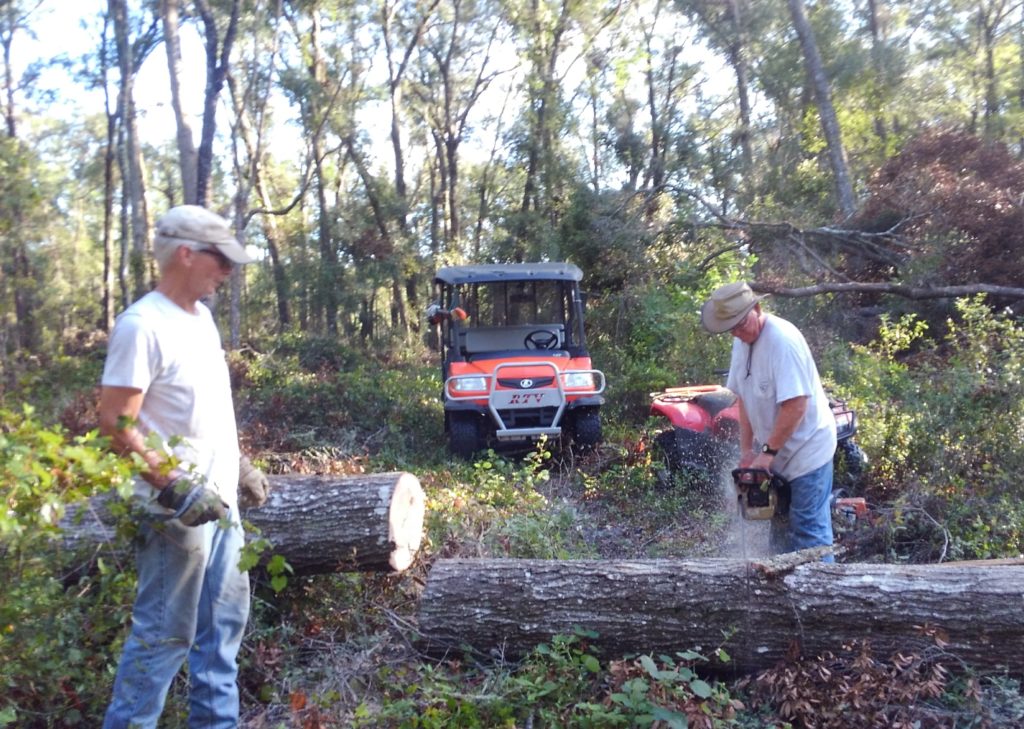 With a membership of 35 to 40, the Greenway Equestrians stages trail work days on the third Saturday of every month, except for June, July and August. The group uses both CFG and their own equipment.

“Work days are not riding days. Since we’re carrying in heavy equipment, we drive trucks and ATVs into the Greenway on the paved trail,” says Shearer. “We work in sections, depending on what needs to be done. There’s always fallen trees to get off the trail, branches to cut and even grass to mow.”

The damage done to the Greenway trails by last September’s Hurricane Irma presented a daunting challenge.

“The amount of damage done by the hurricane was major. Along with the CFG staff, we were out in the Greenway every day for six weeks,” says Shearer. “Some trails were not recoverable; some had to be re-routed or new trails had to be made. It took a lot of work, but soon we were all able to ride the trails again.”

And Shearer is bullish about the Greenway horseback riding trails.

“I’ve ridden trails all over the country, and without a doubt we have the best trail system,” he says. “It’s fun and safe riding. We have a wide variety of trails, great trailheads, four roadway underpasses and the Land Bridge over I-75. The Greenway trails are such an asset and draw to the area. It is very important that we appreciate and maintain this great trails system.”