Bernard F. “Bernie” DeCastro left behind a life of addiction, crime and incarceration to pave a road to redemption for himself and many others.

“Big Bad Bernie” DeCastro, as he was known by the men he touched through his prison ministry, came a long way from prison inmate to upstanding citizen. 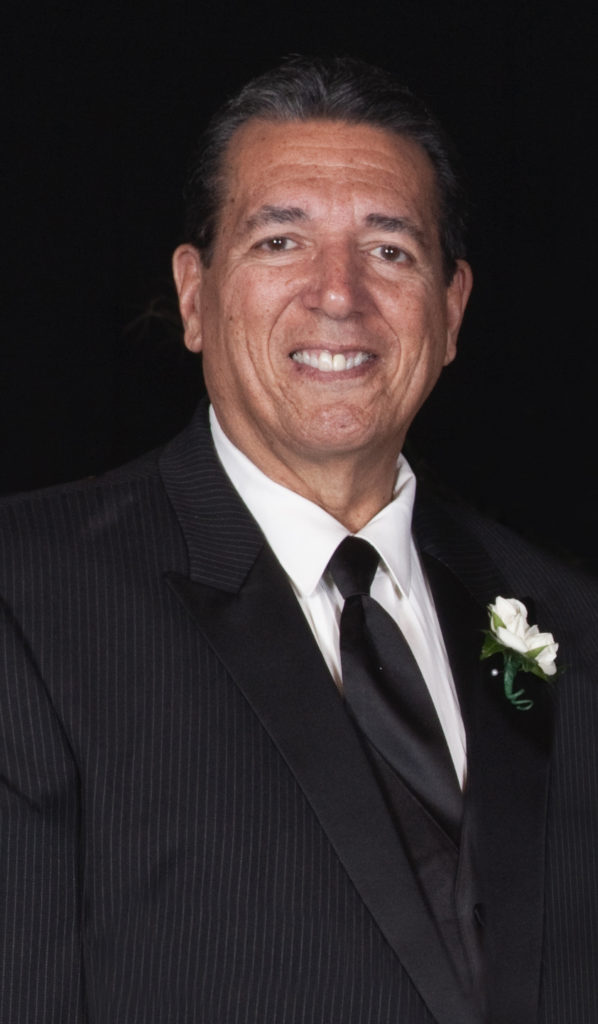 Whether he was sitting behind a huge desk in his office at Time For Freedom, his nonprofit ministry, leading a Bible study for men in the organization’s reentry program, or interviewing another applicant, he tempered the no-nonsense scowl on his face with a contrasting twinkle in his eye.

“Are you ready to change your life?” was the one question he asked every applicant who came to the Re-Entry Center of Ocala (RECO) for help.

On April 8th, DeCastro died of natural causes at the age of 75 at his home in Ocala, leaving a legacy that reached  thousands of prison inmates and helped more than 1,600 ex-offenders reenter society.

DeCastro grew up in a low-income Miami suburb, today known as “Little Havana.” His father left home when he was 4 years old. His mother, Mado Pratt, a single mom, did the best she could, but her oldest boy’s “life of crime” started when he was 14 and soon landed him in the infamous Arthur G. Dozier Reform School in Marianna for nearly a year. As soon as he was back on the streets, DeCastro got into hard drugs and alcohol and went to prison three times for armed robbery.

By 1976, at the age of 31, he stood in a Miami courtroom and awaited sentencing on another armed robbery charge. The judge labeled him a “career criminal” and sentenced him to life plus 30 years.

DeCastro’s mother was sitting in the gallery. Her pitiful cry, “Oh, my son, my son!” sent a wave of remorse through him, but it came too late. He was heading for Raiford Prison (now Union Correctional Institution).

Even while in prison there was hardly a day when DeCastro was sober. He made homemade wine, called “buck,” and he smuggled drugs into the prison and sold them to other inmates. He would have continued on this path had it not been for several inmates who shared their Christian faith with him. He saw in them a peace and a joy that he wanted for himself. One day, after spending time with one of them, he fell on his knees and cried out to God. He felt free for the first time in his life.

More hope entered DeCastro’s cell one day when an Ocala minister, the late Robert Askren, and his wife, Kathy (now Kathy Ryan Cole), visited him with their prison ministry. They approached the Florida Parole Commission on his behalf. After several attempts over four years he was paroled on November 20th, 1984.

“We believed in Bernie,” recalls Cole. “We believed he deserved his freedom and he would do well. We saw his deep faith. He was walking the walk, not just talking it. He had a Christian singers group called The Master’s Men. He was very talented. And, Bernie had a wonderful work ethic. He was the maintenance man outside the gate. He worked as if it was the most important job in the world.”

The Askrens were there to pick up DeCastro the day he was released.

“We decided to make the offer to have him live in our home as part of his transition from prison,” says Cole. “John Marren at Concord Print Shop had already offered him a job.”

DeCastro was 40 years old when he moved to Ocala. Two years later, he married the Askrens’ daughter, Laurie. They had five children together: David, Noelle, Michael, Hannah and Olivia. They continued to co-parent their children after they divorced in 2004.

“Bernie taught them really good things in life, how to treat people and to love God,” Laurie DeCastro maintains. “His death has been difficult, especially for the girls. They want to call him and he’s not there to give advice. What an influence he was in a lot of people’s lives. It’s a legacy for them to hold on to.”

Grateful for his own fresh start, DeCastro founded Time For Freedom in 1987. “Freedom House” opened in downtown Ocala and housed 25 men who were transitioning from prison to public life. The program later relocated to northeast Ocala. Two buildings house 132 men on work release.

RECO Director Mauricio “Chevy” Chevalier, retired from his job as an officer at the Florida Correctional Institution in 2010 to work full-time at the center.

“At the prison I wasn’t helping anyone. I was a glorified babysitter,” Chevalier admits. “Now I’m actually helping individuals change their lives so they don’t go back to prison.”

Impressed by DeCastro’s transition, the late Governor Lawton Chiles granted him an Executive Order of Clemency in 1988 and, in 1994, a full pardon. A few years later, DeCastro was named to Gov. Jeb Bush’s Ex-Offender Task Force and Drug Policy Advisory Council.

After DeCastro’s passing, his sons, David, 30, and Michael, 26, took over Time For Freedom as president and vice president, respectively.

“My dad left a huge legacy,” David declares. “I hope to help more people and, in the future, to expand in order to help transform more lives. What I mainly learned from my dad was, don’t look at the number of times a person has failed in life. Give them the tools for success, but it’s their choice whether they use them.”

Laurence “Larry” Hankin served 20 years of a life sentence before entering RECO’s reentry program. He says the transition from prison life into society is like culture shock.

“I hadn’t been in a grocery store in 20 years,” Hankin recalls. “They took us to Walmart. I was overwhelmed. I also had to learn how to use a cellphone. You gotta go to a job interview and you’re on a bicycle, so you gotta have GPS.”

“He walked in our shoes. He knew what it was like,” Hankin offers. “He was a warrior for us.”