With a playful pinch or light-hearted jest, we humans demonstrate one of our oddest characteristics: We tend to tease the ones we love. 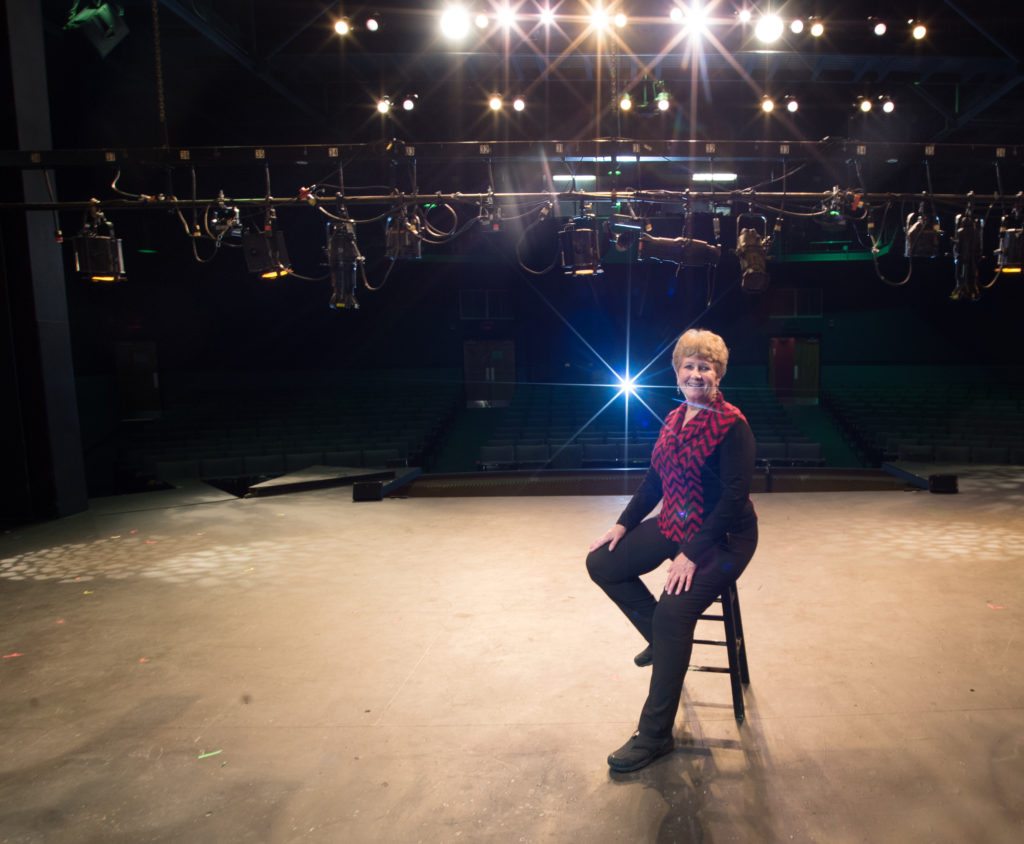 It is fitting, therefore, that friends and colleagues of Mary Britt have made her the honored subject of a celebrity roast this month—a gala event that will honor her 30 years of service as the beloved executive director of the Ocala Civic Theatre (OCT).

Britt’s own Theatre story began as a volunteer for the organization she now leads. She had just moved to Ocala and taken a job in the art department at Pioneer Products (now Signature Brands).  She knew few people in Ocala at that time. But that feeling of anonymity worked in her favor and helped persuade her to respond to an ad in the local newspaper.

“The ad said the theatre needed 40 volunteers,” Britt said. “I thought it would be easy for me to hide in the crowd during the audition.”

Instead, the director walked on stage during the audition and stopped to listen to each individual performer. Britt’s talent impressed the director. It was to be one of the most pivotal events in her life—and not merely for her chance to perform.

“I also really liked the people,” Britt reflects. “Everyone was friendly, open and welcoming.”

Encouraged by the warmth of those around her, Britt went on to volunteer for the OCT for the next six years. After her third year, she was asked to serve on the board of directors. After her sixth year, the theatre chose Britt over several national candidates to become the new executive director—a role she has masterfully played for the last three decades.

Britt plans to continue in her role for many years to come. But for now, the roast will create an opportunity for people to honor Britt’s milestone, invest in the future of the OCT and laugh until long after the curtain falls.

Roast Mary Britt will take place on November 14 from 6-8:30pm at the Circle Square Cultural Center. Emceed by Chip Morris and Gary Rigby, this once-in-a-lifetime affair will be an evening of food, drinks and memorable moments from many distinguished guests.

Learn more › To be a part of the experience, contact the OCT box office at (352) 236-2274 to purchase individual tickets, reserve a table for 10 people or inquire about sponsorship opportunities.