Nearly a year into the phenomenon known as “Ocala Rocks,” and this artsy movement is only getting bigger! Read on to find out how to get in on the fun. 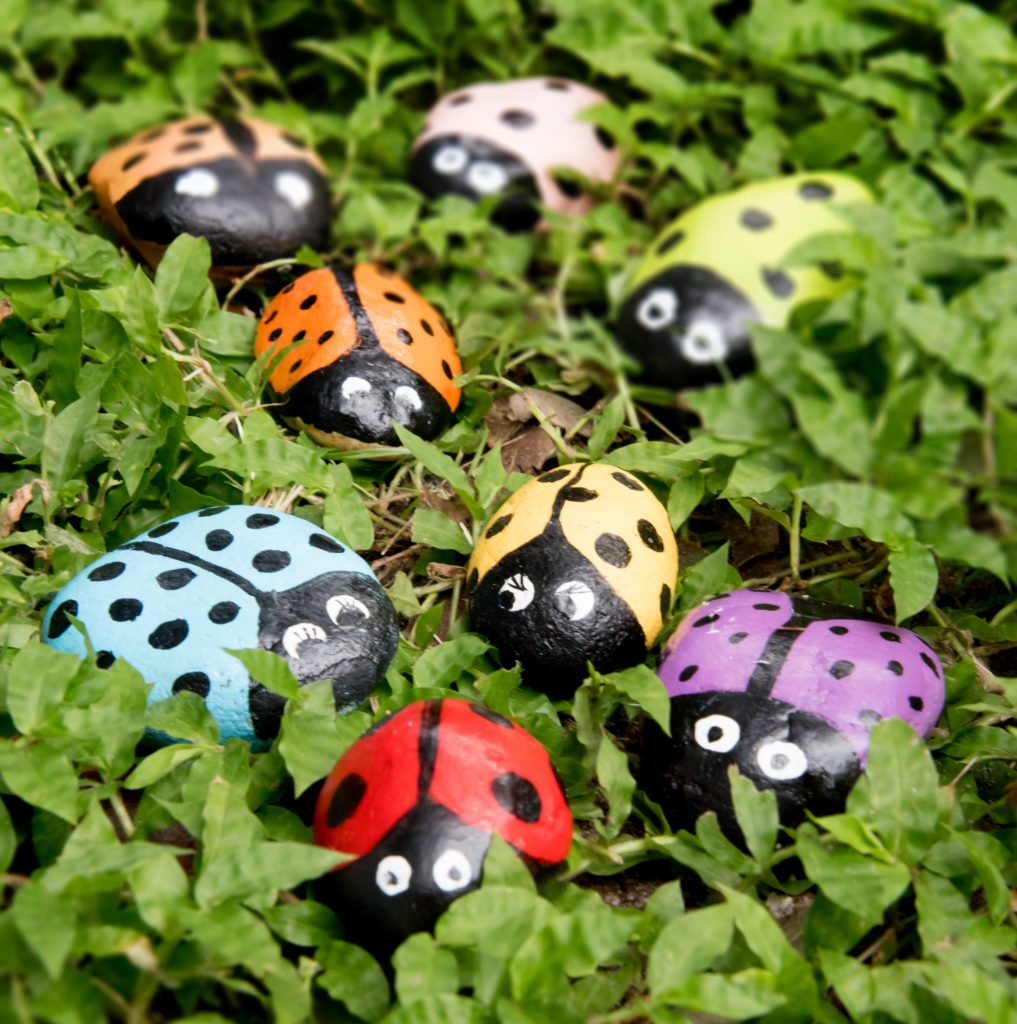 Looking for something to spark creativity? Spread a smile? Maybe it’s time you picked up a paintbrush.

Unless you’ve been hiding under a rock (pun intended), you’ve probably heard of Ocala Rocks, a local Facebook group dedicated to spreading joy by painting rocks and hiding them around town for others to find.

The official Ocala Rocks Facebook group was founded in December 2016 by Ocala moms and entrepreneurs Aften Nichole and Jodie Frantz Johnson. The idea was to launch a “community-building group meant to inspire creativity in all ages and energize people to explore the beautiful area we live in.”

Ocala Rocks has exploded in popularity. With 1,500 members this June, the group had grown to 9,000 members by the beginning of September and continues to expand.

Members paint small rocks and often post pictures on the Facebook page before hiding them. Many of them pen “Ocala Rocks” on the backs of their rocks.

“It’s really taken off. You can find rock painting groups across the United States and even in other countries. It reminds me so much of the Flat Stanley craze,” says Cindy Lynn Skinner James, who serves as a moderator of the Facebook group and is an avid participant, having painted over 530 rocks since July 4.

Cindy Lynn loves the fact that some rocks end up hundreds—even thousands—of miles from Ocala.

“I’ve seen posts where people have found my rocks here in Florida, and they’ve ended up as far away as Anchorage, Alaska,” she says.

Ocala preschool teacher Jaime Compton discovered the project this summer. She and her boys Christian, 11, and Colin, 7, were painting as many as 10 rocks a week, then leaving them in local parks.

“It brings us together as a family because we sit down to paint,” says Jaime, who also appreciates the fact that they’re exercising together when going to the parks, as well as learning more about their town.

Rock painting has become so popular, some kids are requesting painting parties for their birthdays. Craft stores like Michaels have held painting workshops, and local businesses are also getting onboard.

“We started rock painting for our Kids’ Nights, and it was a huge success,” says Sheri Brinck, who works at Mojo Grill and Catering and is on their promotions team. “We plan to do a large rock hunt at our Trunk or Treat event on Halloween at our Silver Springs location.”

Sheri admits she had so much fun organizing the kids’ painting events that she’s started painting and hiding rocks herself.

The irony is that this burgeoning “rock movement” was actually born out of tragedy. On October 20, 2013, an accident claimed the lives of two beautiful girls in Seattle when Anna, 6, and Abigail, 11, were struck by a vehicle in front of the family’s home while playing in a pile of leaves; both girls died from their injuries. (Read their story at: love-drenched-life.com/love-rocks.)

Heartbroken but comforted by the thought of their daughters in heaven together, their parents, Tom and Susan Dieter-Robinson, started Love Rocks, a project in honor of Anna and Abigail, decoupaging fabric hearts onto rocks. To the couple’s surprise, the project took on a life of its own. Not only have their Love Rocks turned up across the United States and beyond, but numerous rock decorating groups—including Ocala Rocks—have sprung up across the country. 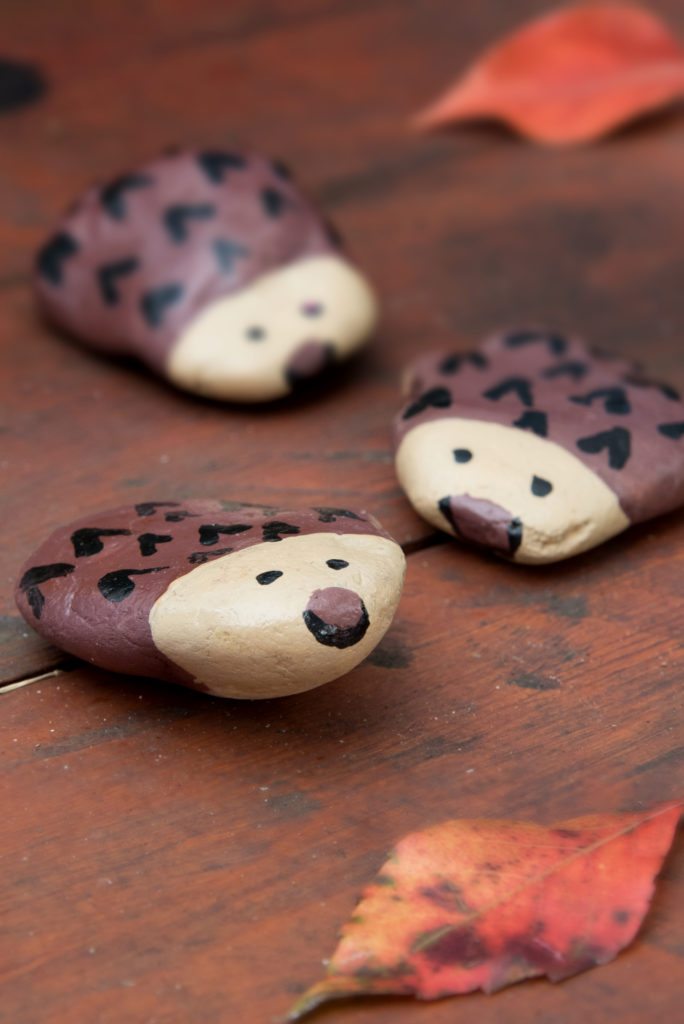 There are no rigid rules to being part of the rock painting phenomenon. You can use “found” stones or buy smooth river rocks by the bag.

Paint your design with inexpensive acrylic paints. (Because kids are often the “finders,” keep those designs G-rated, please!) You can use paint markers for fine detail. Once paint is dry, seal it with a spray-on clear sealer for protection against the elements.

Leave your rock outside in a public place. Be respectful of businesses and private property, and never leave a rock where it can cause harm.

If you find a rock, you can keep it or give it away—immediately or whenever the mood strikes.

“Once you put your rocks out there, you don’t own them anymore,” says Cindy Lynn, who routinely keeps a painted rock in her pocket so she always has one to leave.

“We really just want to spread joy and inspire creativity. It’s a way of paying it forward, giving freely without the expectation of anything in return,” she adds. “You’re randomly leaving something for someone else to find and make their day.”

Learn More › Visit Facebook and search “Ocala Rocks.” Just be sure to locate the “official” page! You can also use #ocalarocks on Instagram if you aren’t on Facebook.

Want to get in on the rock painting craze? Whether you’re looking to play hide-and-seek with these rocks or just want an artistic way to relax and unwind, we have the essentials needed to get you started.

Florida isn’t exactly known for its rocky landscape. That said, you can purchase smooth river rocks from any home improvement store. A 20-pound bag will probably run you around $10.

Many local landscape companies are also allowing “rockers” to fill 5-pound buckets with the rocks of their choice for just $5. We know the following businesses offer that sweet deal. There may be others, so call around before making the drive.

If you’re going to be placing your rock outside, you’ll want to use acrylic paint. We like the 50-cent variety found in the craft aisle at Walmart.

Make sure to invest in a variety of brush sizes and styles, including flat tip and pointed paint brushes. Again, any discount store (or Amazon for the home shopper) can hook you up.

If you really want to get fancy, acrylic paint markers are the way to go. Many people find the markers easier to control than a paint brush, and by selecting fine or ultra-fine tips, you can get the tiny details and outlining just right.

Once your masterpiece is complete, seal it with a clear sealant. Glossy or matte is your choice. We like Rust-Oleum Clear Gloss spray. If you’re going for an extra glossy shine, try Deco Art Triple Thick Brilliant Brush On Glaze. An 8-ounce jar should run you less than $6.

Don’t consider yourself an artist? No worries. A quick Google or Pinterest search will yield thousands of rock-painting ideas. Go crazy! There are also plenty of popular books now at local bookstores or on Amazon. Our new favorite is Rock Art! Painting and Crafting with the Humble Pebble by Denise Scicluna.

Ocala Style staff members have been busy painting rocks the last few weeks, and we want to give them away—to you and your little ones!

We’re going to hide hundreds of rocks (including the ones pictured throughout this story), and we want you to find them! Oh, and there will be prizes, too! You could win a $50 gift card to Harry’s Seafood Bar and Grille in downtown Ocala or a gift basket filled with painting goodies. And don’t forget to stop by our painting station to paint your very own rock creations to hide so you can keep the fun going!

Find out more information at facebook.com/ocalastyle.