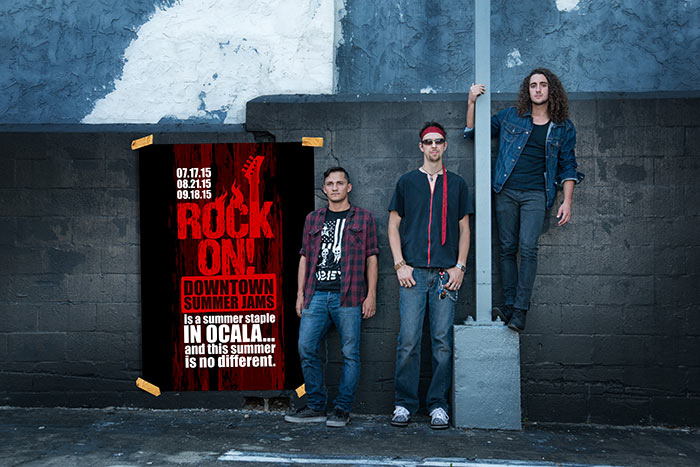 Alot can be said about a city and the music you identify it with. New York: From a dirty coffee shop window, your eyes wander across the street, ears attentive to the distant guitar wrapped in the arms of a street artist. Nashville: As your boots lead you past a vinyl shop, you start to hum your favorite hook a little louder. New Orleans: Screaming jazz, you’re lost in the emotions entangled in notes brought to life by what you guess to be a trumpet somewhere nearby. Ocala: With downtown serving as a centerpiece, the sound branding our small town can only be described as a melting pot—a little of everything.

Taking the town by storm once more is the 2015 Downtown Summer Jams. Promising to foster a few standing ovations, both aspiring locals and original bands will hit the stage, leaving audience members chanting memorable lyrics. These groups differ in genre and style and identify with artists like Jason Mraz and Led Zeppelin. The fun starts in July and continues through September, but before you mark your calendars, we introduce you to the headlining acts.

With a background in hard rock, you are up against some of the greats. What artists do you find the band most collectively listening to?

Led Zeppelin, Red Hot Chili Peppers, Rage Against the Machine. We listen to anything and everything.

For a band to travel, work and live together, they have to be pretty close. Have you known each other long? How did Antic come to be?

Antic has been a band for almost four years. Some of us met in high school, and we officially formed our band in 2011 after our soon-to-be singer needed a band for an upcoming gig he was offered.

Sounds like your first gig was a success, being it definitely wasn’t your last! Seems you’ve played quite a few shows since then. Do you have a favorite?

We have performed in several parts of Florida, even a couple shows in Georgia and Tennessee. Our favorite gig would probably have to be when we opened for Saliva in Jacksonville at The Underbelly. Apart from Saliva, we have opened for Evergreen Terrace, Trapt and Pop Evil.

If you could give some advice to the bands following your performance in July, what would you say to them?

Simple: Be confident in what you do. 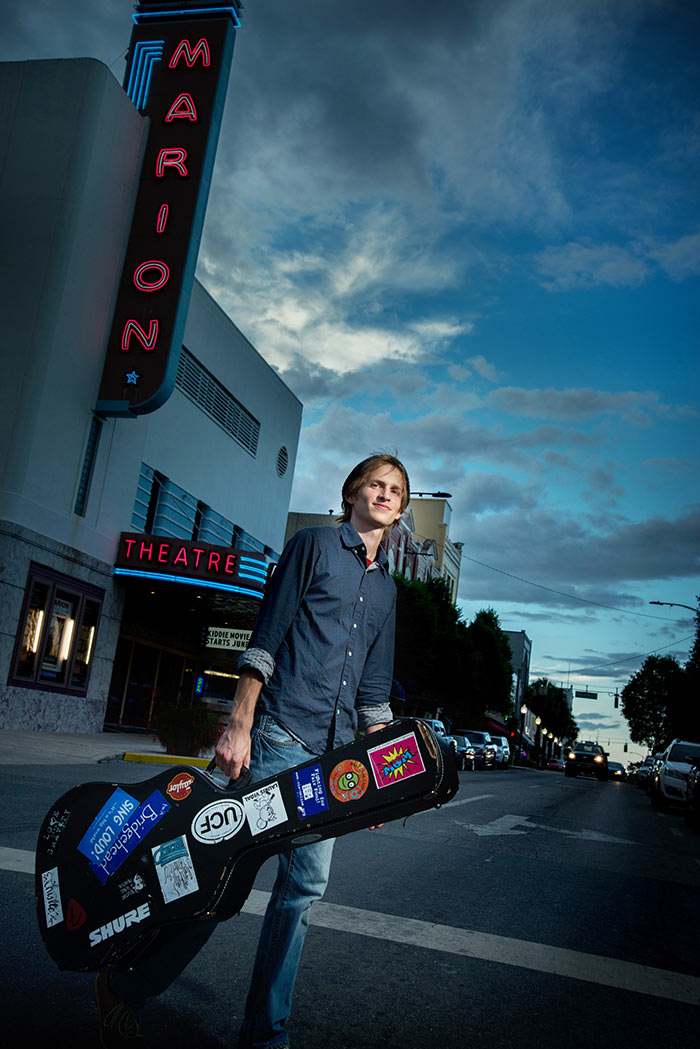 Although considering himself primarily a solo act, Dane also plays with a band called “The Family.”

Your music has a very clean, earthy feel. If you had to pick a figure who has been the biggest influence with your sound, who would you say that was?

Some creatives who have had a big impact on my music are artists like Jason Mraz, John Mayer, Gretchen Parlato, Macklemore, Copeland and Sara Bareilles. I like to read a lot. Some of the writers and thinkers who amaze and continue to inspire me are Rumi, Gibran and Gandhi.

If you had to choose one original song to perform during every show from here on out, which do you think you would choose?

I can’t really say that I have a favorite, but I’d probably choose “Better.” The song is a love song up front, but more than that, it’s an expression of gratitude for someone whose presence in my life made me a better person. It’s a song that helps put me in a perspective beyond the ups and the downs where I can see the experience for the experience and the growth thereby.

Do you ever change up lyrics in live sets, or do you stick with what everybody knows?

I do change the lyrics sometimes. A lot of times it’s to make a cover song more personal. For example, personally I choose not to drink, so in “Uptown Funk” I always find myself saying “Fill my cup put some lemonade in it!” instead of “put some liquor in it.” I just think the word is groovy and fits in there really well. It also helps keep it creative for me because often times I’m singing the same songs night after night.

The lyrics in your songs are heartfelt, not just thrown together chorus repeats. What is the process for your music making?

Usually, music making begins with an idea that just really clicks that I start trying to work out. I always enjoy the mystery of the process. For example, I could sit down for hours with the attitude of “OK, I’m going to write something awesome now,” and start trying to work it out and it just won’t happen. It’s more about letting myself delve into an experience and then, instead of focusing, just conveying that idea through song in a very ‘anything goes’ kind of way. Then, usually, I’ll come back to it if I like it and revise things and put it together to edit it. But it happens all sorts of ways; this just seems to be one way.

If you could give some advice to the bands following your performance in August, what would you say to them?

Always think for yourself. Don’t let other people explain to you what is and isn’t possible; no one knows what’s going to make you come alive, and no one, not even yourself, knows all of the strengths that you have inside until you truly try at something.

A lot of bands out there today classify themselves under one of three categories—pop, rock or country. You don’t fit under any of these titles. How would you describe your sound?

Jeremy/Daniel:If Creed had a baby with Slipknot, then that baby grew up and moved to Alabama, we would be that baby’s distant cousin that lives in the woods.

With a sound description like that, there must be a story behind how your group came to be.

Jeremy: Well, we met each other through playing in bands throughout Florida starting back in 2006.

Dusty: Jeremy and I started this as an acoustic side project back in December 2011. We didn’t fully get this thing off the ground as a full band until April 2014 with the addition of Murph on drums and played our first show with Framing Hanley. In October, we added Daniel, and that’s when our sound really started to shape.

Sounds like you were able to snag quite a few talented guys to make up your band. With four group members each partial to their own ideas, how does the music-making process usually go?

Dusty: Jeremy usually shows us a riff. Then we all jump in, adding our own style and influences to it, shaping it as we go. By the time it’s complete, it usually ends up in a completely different area than it started and way better than any of us thought it would be. We all have our unique fingerprint on at least one song.

A day in the life of Dear Abbey—what does a normal day consist of?

Dusty: Right now we are finishing up recording our debut album, so our practices stay focused on honing our live show to promote the album. After the album is out for a while, then we will probably switch gears back in to writing mode to work on new material.

How does the future look? In five years, do you see yourselves still doing what you love most?

Jeremy: We have only been a full band for a little over a year now, and we have shared the stage with some amazing national touring acts. We have achieved so much in so little time. In five years… the sky is the limit.

If you could give some advice to the bands following your performance in September, what would you say to them?

Dusty: Be tenacious. It does not come easy, and no one is going to hand it to you. Be prepared to work hard, and don’t let a bad show or failed event keep you down. Instead, use it as a learning experience to improve for the next time. Above all, believe in what you’re doing.