It’s not exactly the “rock of ages,” but there are two groups of young men in Leesburg who are making great music for the Lord. The two bands, My Shadows Reflection and My Only Hero, strive to present a positive, spiritual message with a rockin’ beat.

“I’ve always had a great love for music and in my heart I knew it was something I wanted to do for the rest of my life,” says Cody Quistad, lead vocalist and lead guitarist for My Shadows Reflection. “We’re all Christians, and we believe this is the right way to help people who are lost to know Jesus is the way.”

Cody, 15, performs with Hunter Adkins, 15 (guitarist and vocalist), Jordan Pierce, 14 (bassist and vocalist), and Austin Adams, 15 (drum-mer). Though the boys have been close friends since their elementary school days, they’ve been a band for about three years now. 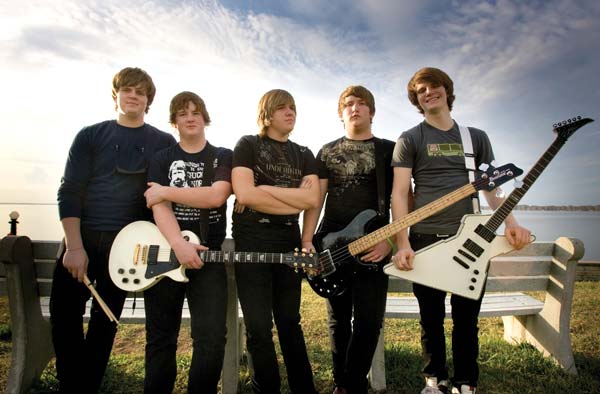 ‘It’s Good To Bring God Into It’
My Shadows Reflection

My Shadows Reflection strives to give their fans songs that deal with the everyday trials that teens face. They want to help those who hear their music make responsible decisions and respond to the world in a Christian manner.

That’s why the group performs their own music. “I write it and give it to them to perfect it,” Cody says. “I have a studio in my home, and that’s where we do our recording.”

Branden Perry, 15, is the group’s manager. In addition to handling equipment, checking sound, making banners, and designing T-shirts, he takes care of their website and works on promotion.

“Their music isn’t always about God, but it is about the way God affects their lives,” Branden says.

“We’re hard rock, and it’s good to bring God into it,” Hunter adds. “Reaching people for the Lord is what we’re all about, and we try to put on a good show.”

My Shadows Reflection tries to make it clear that they are Christians in a band, not so much a Christian band. They are proud that their mu-sic isn’t intended to just be part of a “listening” experience. Their goal is to get those who prefer a harder, tougher edge to their music to enjoy the band’s songs and gain inspiration from the lyrics.

Oh, and to feel the beat.

“At a metal concert, you can really get into it and move around,” Branden says. “Most kids think of piano for worship music, something’s that mellow and contemporary. We try to cover all types of music—acoustic, rock, and metal—and we hope people always get something from it.”

Four of the five attend school at First Academy-Leesburg, the Christian school that is part of First Baptist Church. Cody attended school there until his family moved to Georgia. However, when the family returned to Florida, he stepped right back in with his childhood friends. Fortu-nately, Cody had been studying guitar in Georgia.

Hunter and Austin, who are twins, took up the drums and the guitar, and Jordan began playing guitar, too. Though Hunter and Austin took lessons for a while, Jordan is primarily self-taught. All the boys play in worship bands at their churches as well as participating in music at school.

“Quite a bit of what they do is self-taught,” says Bob Pierce, Jordan’s father. “They’re constantly working to improve the quality of their mu-sic.”

The inspiration for the songs the group sings comes from a variety of places, Cody says. He can be inspired by another song that didn’t say quite what he thought it should or he can find inspiration in what he’s feeling at a given moment. “It can be a situation or I’ll write a song for a person. They may not know I did it for them, but I will.”

The intrepid young songwriter recently wrote an entire album of songs and called it, When All Else Fades. His friends say as soon as it was finished, he looked at it and said, “I think I can do this better.”

My Shadows Reflection is an award-winning band, taking first place in the 2007 Battle of the Bands at The Father’s House Church. This year they played as the headliner for the event, and they plan to compete again next year.

The boys revel in the support and encouragement they receive from their families, who go to all their concerts, carry equipment, help set up, and generally hang around to be helpful. 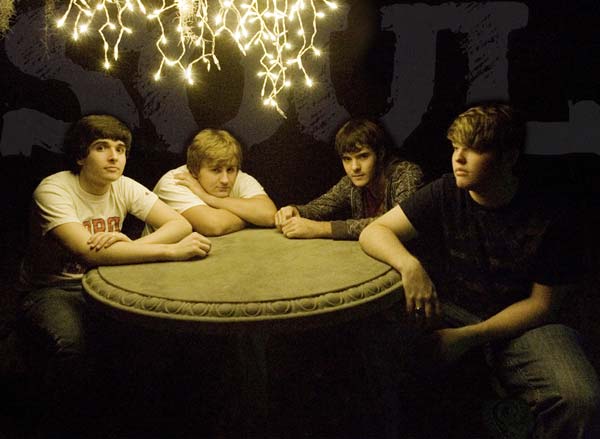 The young men who make up the band My Only Hero have a definite mission in mind with their music. They don’t want to be wrapped up in the mainstream Christian rock package. My Only Hero strives to be unique and not fall into the routine most people expect from Christian perform-ers. They recognize that most teens think Christian music is only the praise and worship music they hear in church. As a group, they believe Christian music is any kind of music used to praise God and promote the messages of Jesus Christ and salvation.

Tom Paquette, 19, plays the guitar and sings background vocals. Duncan Weachock, 16, plays drums, Tim D’Annecy, 17, is on bass, and Preston Saylor rounds out the band on rhythm guitar and lead vocals. Though Tom was homeschooled, the others attended First Academy, and they’ve all been friends for a long time. Tom joined the band last Christmas when the three originals decided they needed another instrument.

“Tim and I were sort of sketchy about it at first,” Preston says. “But after only one practice with Tom, we were both like, ‘Yes!’”

Duncan says Christian rock is not something everyone listens to, but the goal of My Only Hero is to make it part of all music, not just Chris-tian music. They want to put a spin on alternative rock, which has a very solid fan base.

“Kids think Christian rock music is mellow and contemporary, which most of it is,” Preston says. “We want to show them God can be in mu-sic with a harder edge.”

“Our purpose when we’re on stage is to show we’re Christians,” Duncan adds. “When we write, we want our songs to have an epic or lar-ger-than-life sound to them.”

When composing music, Preston writes the bass, and the other band members pen their own parts. Preston and Tom do lyrics.

“So often in alternative rock, the music seems distant or irrelevant to the listener,” Tom says. “Everything has gotten so dark and depress-ing. We’re just trying to put a positive message out there.”

These young men all think continuing the band into their adulthood would be an interesting and enjoyable career, but right now their focus is on school, planning for college, and booking shows wherever they can.

The response to their music isn’t always what they hope it will be, but the fact that they get a response is encouraging to these young musi-cians.

“It’s not a very popular genre right now, but people who are really into music enjoy it,” Preston says. “Our lyrics are subtle. We’re not overt with the message so we can hopefully reach more people.”

They currently play at several venues, including The Capitol in Ocala and The Rock in Leesburg.

Two bands making music in their own way. In a world that often scorns the music of youth, My Shadows Reflection and My Only Hero look past that to the hope their music can bring the audience, an audience of their peers, to the answers they seek through their music.