The 145th running of the Kentucky Derby, aka the Run for the Roses, is Saturday, May 4, at Churchill Downs. Kentucky Derby glasses are considered the most popular of all the famed race’s collectibles. 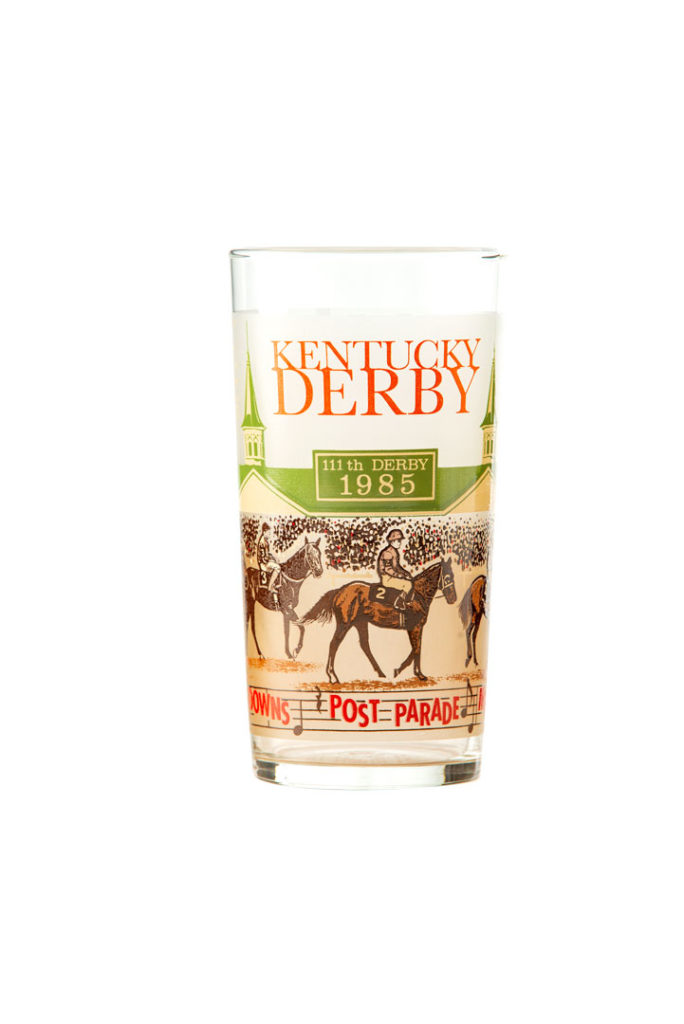 “I won a sports journalism award in 1994 and part of that honor included a visit to the Kentucky Derby Museum,” says Gantt, associate vice president/member services and events for the Florida Thoroughbred Breeders’ and Owners’ Association. “At the museum, we were given the 1994 Kentucky Derby glass, and that started my collection.”

Over the years, Gantt received other glasses as gifts and bought many more at flea markets and garage sales. Her collection, on display in a glass case in her FTBOA office, is complete from 1954 to the present.

“People collect glasses from the derbies they attended, from the year that your favorite horse won or the Triple Crown glasses. People buy them to give away at their Kentucky Derby party,” says Gantt. “It’s a fun collectible.”

1938: Churchill Downs management noticed that those attending the 64th running of the Kentucky Derby were pilfering a souvenir—water glasses used to serve mint juleps in the dining room—and an idea was born.

1939: The Libbey Glass Company of Toledo, Ohio, was contracted by Churchill Downs to create a true colored mint julep glass. Patrons were charged an extra 25 cents per meal to keep the souvenir glass. The 1939 glass is considered by collectors to be the first true Kentucky Derby glass.

1940: There were three variations of the 1940 Kentucky Derby glass: an aluminum tumbler, a glass without the date and a glass with the date. The aforementioned 1939 glass and the 1940 dated glass are the most rare and valuable, worth $6,000-$16,000 depending on their condition.

1942-1944: Due to glass and aluminum rationing during World War II, the Kentucky Derby glass was a ceramic-type tumbler of various colors produced by the Beetleware Corporation. These can fetch $2,500 and up depending on the color.

1945: With the end of WWII, the Kentucky Derby glasses were again made of glass. There were three different glasses produced: a tall frosted, short frosted and a jigger or juice glass.

1946-1947: For unknown reasons, only blank undecorated Kentucky Derby glasses were produced, and most collectors do not recognize any glasses from these years. 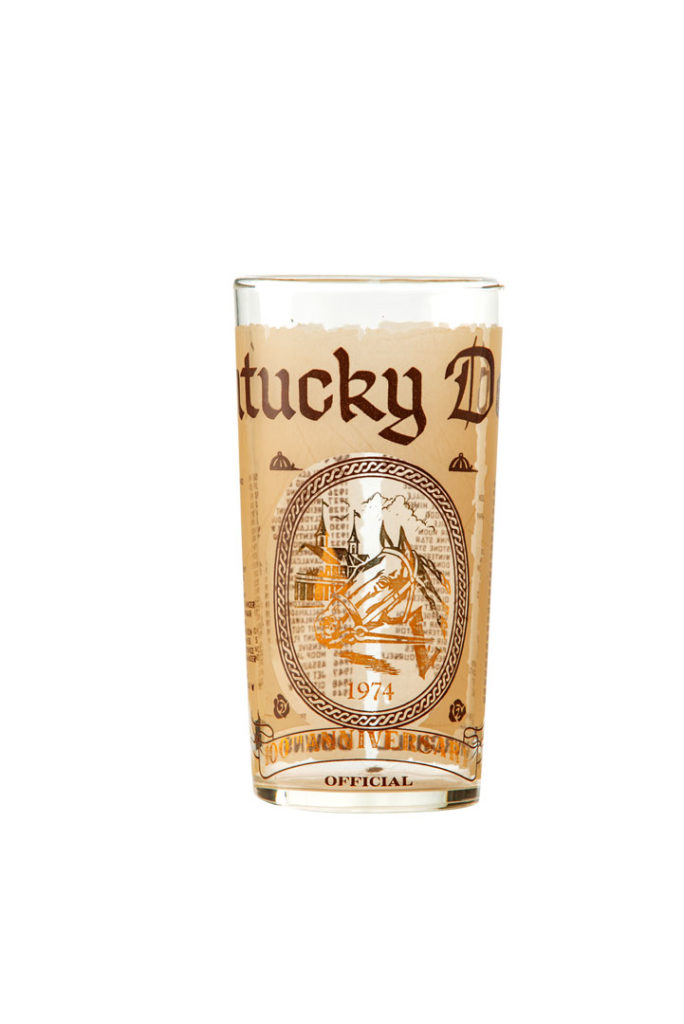 1958: The second variation of this year’s glass had the 1957 winner Iron Liege printed at the top and was sold only in the Churchill Downs infield.

1974: This is the first year the glasses were available for sale in retail outlets outside of Churchill Downs. There was also a mistake on the 1974 glass: Canonero II, the 1971 Kentucky Derby winner, was listed as only Canonero. That error, once corrected, led to four variations of the 1974 glass.