2020 marks the 100th anniversary of the passage of the 19th Amendment, guaranteeing and protecting women’s constitutional right to vote. We uncover the first women to cast their votes in Marion County.

On August 18th, 1920, after a battle spanning a century, women won the right to vote in the United States.

The women’s suffrage movement led to the ratification of the 19th Amendment to the Constitution, enfranchising all American women and declaring that they, like men, were deserving of all the rights and responsibilities of citizenship. Over the decade leading up to the ratification, female suffragists had been fighting against both men and even other women for the vote for over 60 years. On the 100th anniversary of the historic victory that gave women the vote, it is poignant to consider that of the 58 presidential elections in American history, women have only legally been allowed to vote in 25 of them.

Mrs. Rosa Belle Barco Veal, of Cotton Plant, in northwest Marion County, was the first woman to register to vote in Marion County, according to Mark Ard of the Florida Department of State in Tallahassee. The state library and archives information shows that Veal also served as the registration officer for her precinct in 1920, a post to which she was appointed as soon as she was registered to vote.

The first female from Ocala to vote in the general election that year was Mrs. C.W. Moreman. The second woman to vote in Ocala was Miss Alice Bullock.

Ard compiled this information using clippings from the Ocala Evening Star, which later was joined with the Ocala Banner to form the Ocala Star-Banner. 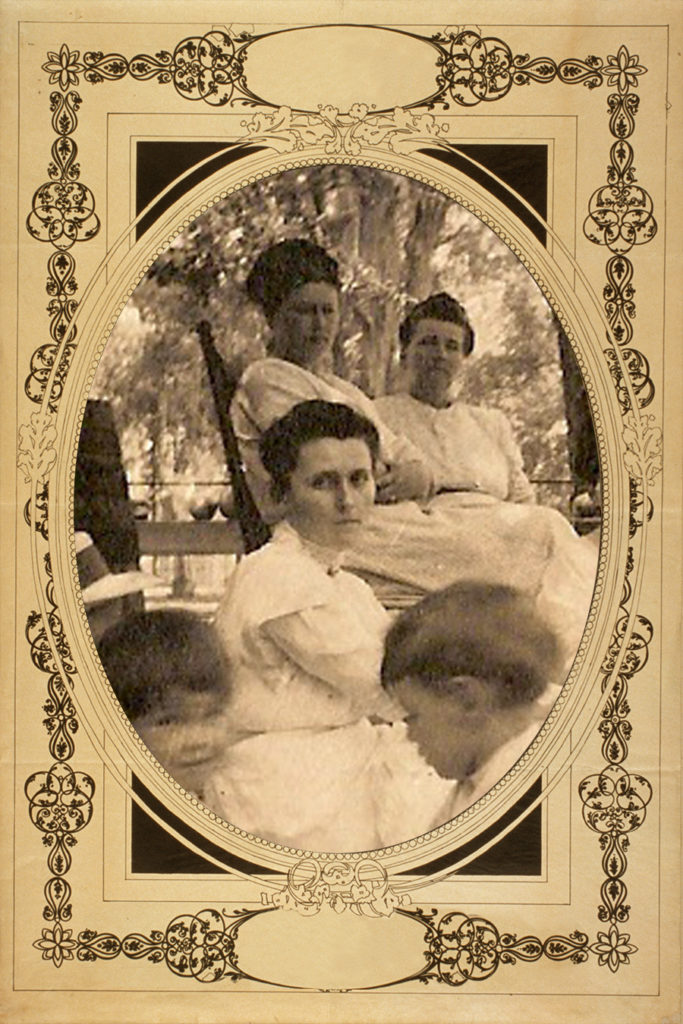 According to Shelley Rowland Dunn, who lives in Cotton Plant, Dr. W.R.O. Veal and his wife Nettie had three sons, Fred, Charles Raymond and William. Dr. Veal came to Marion County from South Carolina in the mid to late 1800s. He had his doctor’s office and a residence in Martel, and a home in Cotton Plant. He rode horseback to treat the people in west Marion County.

Dunn’s research indicates that William Duncan Barco, and his wife Permillia lived in Columbia County, Florida, and moved to Cotton Plant around 1850, along with his parents and several siblings. Family member Joseph P. Barco, is credited with establishing St. John’s United Methodist Church at Cotton Plant. William and Permillia had seven children. The youngest was Christopher Columbus Barco, who married Mary Jane Shaw. They were the parents of Rosa Belle Barco, born August 16th, 1880 in Cotton Plant. Rosa married Charles R. Veal in 1900.

Rosa’s uncle, Daniel M. Barco (Christopher’s brother), was the election supervisor who registered her to vote in 1920.

Dunn explains that Rosa Veal was her great-great-aunt by marriage.

Dunn said she found it interesting while researching Rosa Veal that at least a couple of the articles mentioned the concern that some ladies did not want to list their age when registering. Apparently, other counties were letting the ladies list their age as 21+ (21 being the minimum age to vote) but Supervisor Barco would not allow it as he felt everything should be equal and he did not think it would be legal.

An Ocala Evening Star clipping dated September 11th, 1920, has the headline “Go To It, Girls” followed by “Supervisor Barco has completed his arrangements to swear you into citizenship.”

The headline on another article, dated November 2nd, 1920, heralded “Election Day in Marion County” and detailed the historic scene with the writer explaining,  “The Star advised housekeeping ladies to hold back until after 9 o’clock to vote, so as to give men who had to go to work a chance. Advice is meant to be given and not taken, so the Star reporter was not surprised when he reached the polls promptly at 8 a.m., to find one bunch of ladies before him.”

The writer went on to give an account of the opening of the polls and the voting, reporting, “The first seven white women to pass in were the following: Mrs. C.W. Moreman, Miss Alice Bullock, Mrs. J.J. Gerig, Mrs. J.P. Phillips, Mrs. W.S. Bullock, Mrs. E. W. Merrill and Mrs. R. N. Dosh. Mrs. C.W. Moreman was the first Ocala woman to vote. Miss Alice Bullock was immediately after her, and it was not possible to tell the order in which the others voted, as often one had to wait for a booth until someone after her had voted; the succession being broken by the time it took each to vote and by men voters coming in between. In the few minutes the Star man was inside the polling place, it looked to him like the women were voting right along and marking their ballots rapidly, but as to how accurately will not be known until the count commences.”

The article goes on to report that due to the fact that there were not enough voting booths to accommodate the crowd, tables were set up and by the late afternoon 1,100 votes had been cast and most of the voters at that time were women. 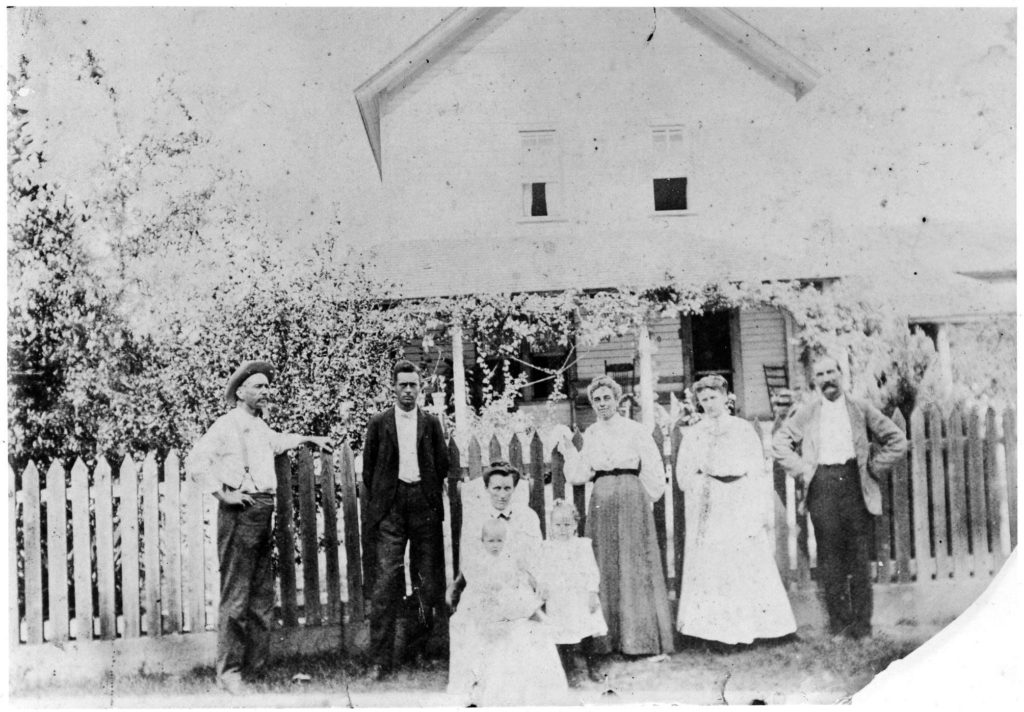 Annabelle Leitner, a Marion County historian and member of a local pioneering family, notes that her grandmother, Mary Catherine Conner Leitner, was one of the first women to register to vote when she was allowed to do so. She voted in the Geiger Precinct, which was located in the old Shiloh School, which still stands today in northwest Marion County. Conner had moved to Marion County from Lexington, South Carolina, in 1911, when she married Benjamin Franklin Leitner, who was born, raised and lived his entire life in Marion County.

“I was told by Daddy’s twin sister that Grandma Leitner never missed an opportunity to vote,” Leitner recalls. “Her youngest daughter worked the polls for many years and retired as a clerk (head of a polling place), just as I do now. Grandma Leitner instilled upon us the importance of voting in all elections, no matter how large or small they were, and said there was no excuse for not voting.”

According to the Marion County Supervisor of Elections website, at the end of March of this year there were 252,359 registered voters in the county. Of those, 135,562 were women.

Ocala Style would love to hear from locals with any recollections of the impact of the landmark amendment giving women the right to vote. Please email information to marketing@magnoliamediaco.com.

Patricia Tomlinson, the Appleton Museum of Art Curator of Exhibitions,...

Back to Local Since spring was basically cancelled this year,...

You are cordially invited to celebrate Ocala’s newest brides and...

We know you’re ready for some good news, so our...

Social distancing is still a thing, but we have so

The Great Wedding Giveaway is on! One lucky Marion

Leading by example has always come naturally to th

Meet the baker who raises the temperatures of loca

Separate but not equal. That was the reality of se

Looking for some ideas for simple but impressive r

Meet E.J. Nieves, the artist who in just a year ha