From can’t-miss classics to the hottest new happenings, this fall offers a spectacular lineup filled with award-winning talent and breakthrough performances. Here’s your backstage pass to some of this season’s best bets.

A great opportunity to support Ocala’s artistic community, this monthly event takes place on the first Friday of each month beginning in September and running through May. The walk encompasses numerous indoor and outdoor spaces, including various restaurants and businesses that will be hosting visual and performing artists, acoustic entertainment, free family art activities and extended shopping hours.

This annual outdoor art event provides an opportunity for established and emerging artists to share their creativity with the public. Although organizers have set an end time for the event of 1pm, artists often work into the evening hours. The completed art will be exhibited at Ocala Union Station during the MAX Art Heist event on Thursday, November 9.

Acclaimed photographer Joni Sternbach uses both large format film and early photographic processes to create raw and somewhat haunting coastal landscapes and portraits of the individuals who inhabit them. 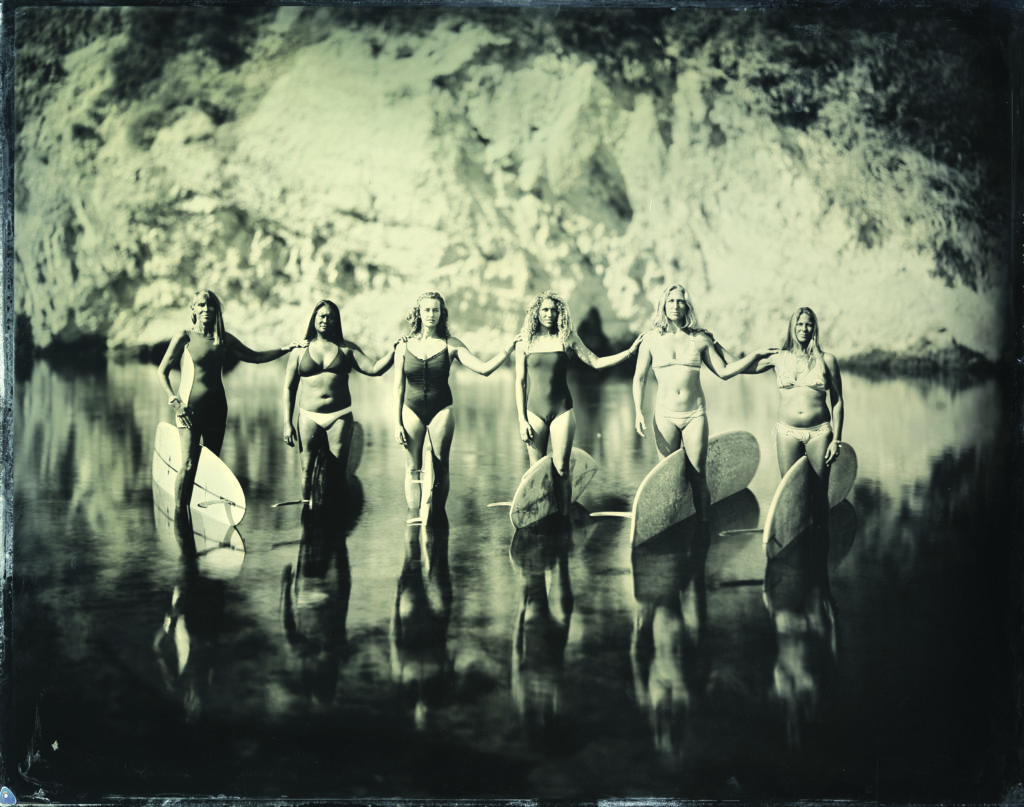 Eye Of The Beholder

Joni Sternbach’s images move your senses through their profound stillness. Her penetrating vision captures both the vastness of the natural world and imbues her portraiture with the immediacy of a found object.

“The word “vast” references the subject and scale of Sternbach’s prints and the reverie she finds there,” explains Curator of Photography Carol McCusker. “Landscape photography, since the medium’s birth in 1839, has remained almost exclusively the preserve of men. In the 1980s, this changed; many, now notable women photographers began carrying large cameras and tripods into the wilderness. What they found there has added to our understanding of the planet and ourselves,” she continues. “Sternbach is one of them; her photography is about the physical experience of land, sky and sea. It is about solitude, self-reliance, responsibility and the gradual ability to shape the planet’s mysteries into something familiar and personal. She is a risk-taker and feels deeply about our collective impact on these places, asking: What seeds are we sowing, what does history teach us, what can we do to become better caretakers of the earth and each other?”

This sentiment is not only visible in the work but also echoed by the artist herself.

“The future holds concern for me,” Sternbach admits. “I worry about the political state of the country, the natural environment and the loss of wilderness. I want my children to have a future without fear for the planet and the natural order.”

“I have worked with a variety of materials and mediums,” she explains. “As a way to have a conversation with history and play with photography.”

VAST includes images from Sternbach’s popular Surfland series, which documents the various surfers she has encountered on beaches around the world and rendered using the 19th century wet plate collodion process. But it is the candid way she captures these individuals that reveals their genuine passion for and close relationship to the elemental.

“What makes great photography is to see something in a new way, through a new sensibility,” McCusker explains. “This is what makes a photographer an artist different from the rest of us wielding cameras and cellphones.”

This Tony Award-winning musical was one of Broadway’s biggest hits of all time and features songs like “I Am What I Am” and “The Best of Times.” The comedic and heartfelt performance tells the story of the relationship between Georges and Albin. When Georges’ son from a one-night stand announces his engagement to the daughter of an ultra-conservative politician, things quickly spin out of control.

Many people who have never seen La Cage aux Folles may be surprised to realize how well they know the story.

Yes, if you’ve seen the hilarious movie The Birdcage, starring Robin Williams and Nathan Lane, then you know the story of La Cage aux Folles. However, there are a few differences between stage and screen. La Cage aux Folles is set in the South of France, so our set designer Joseph Harris has designed a beautiful French town with a quaint, eclectic and friendly European atmosphere. Our costume designer Eryn Brooks has also created some breathtaking costumes.

What’s been the most challenging aspect of bringing this story to life?

The fun challenge for me is teaching male actors to dance. The choreography will be entertaining, to say the least!

What do you want audiences to experience through this production?

The main goal of this musical is to tell a heartwarming story about love, family and tolerance. It’s a story that will make you laugh and walk away knowing that love can unite us all.

Not for the faint of heart, this musical thriller by Stephen Sondheim tells the chilling story of the Demon Barber of Fleet Street and his nefarious doings.

This classic tale of wonderfully mismatched roommates, uptight Felix Unger and the slovenly Oscar Madison, gets a fresh take under the direction of David W. Clevinger.

Five lifelong friends gather annually over the course of 30-plus years at the same beach cottage to share joy, heartbreak and martinis. Drawing comparisons to both Steel Magnolias and Golden Girls, it is equal parts heartwarming and humorous.

One of the most enduring musicals of all time, this life-affirming story cuts across barriers of race, class, nationality and religion while exploring the essential human longings for love, freedom and success.

A flamboyant and campy comedy about a young Elvis impersonator, barely able to keep a roof over his and his pregnant wife’s head, who transforms into a popular drag performer. 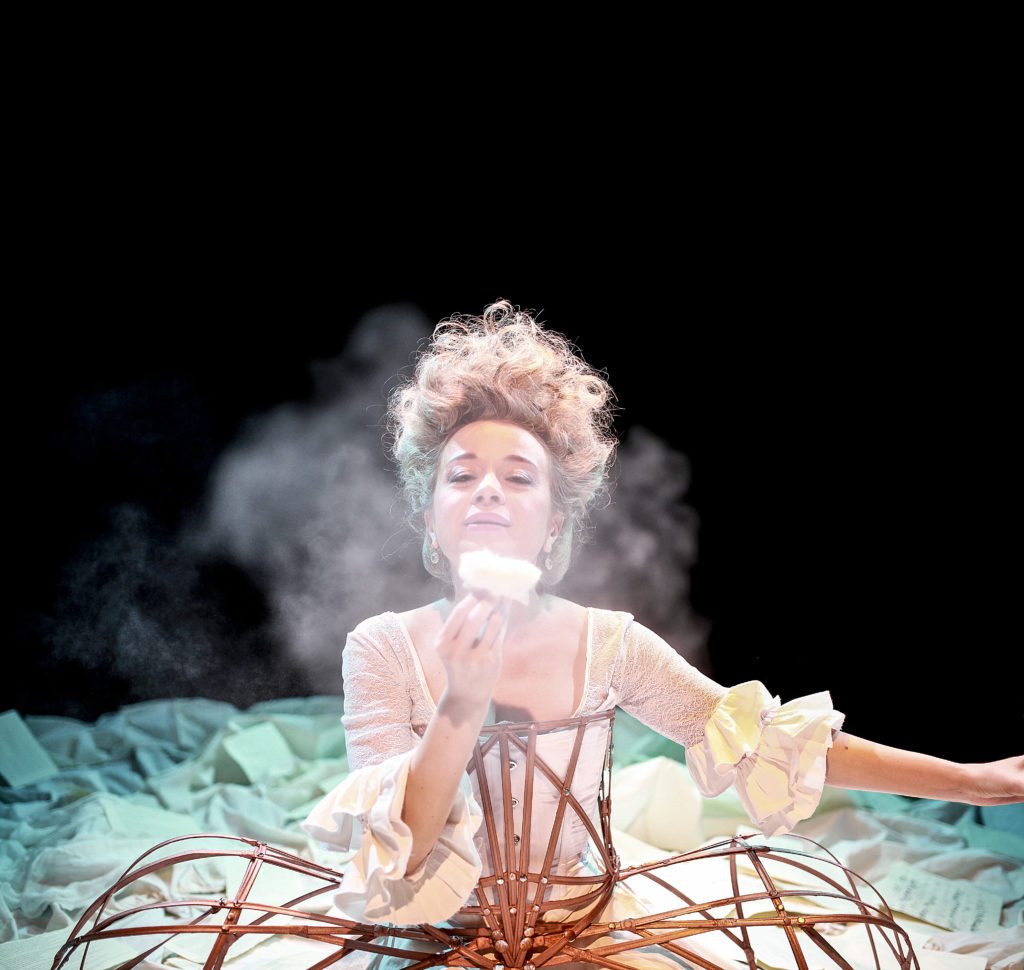 Sylvia Milo’s one-woman show tells the story of the lost genius of Mozart’s sister, once considered to be one of the finest pianists in Europe. Milo has been praised for her phenomenal portrayal of this fascinating woman, who has been all but forgotten by history.

Lerner and Loewe’s musical adaptation of George Bernard Shaw’s Pygmalion is the musical by which all others are judged. When rigid linguistics professor Henry Higgins sets out to teach Cockney flower girl Eliza Doolittle to speak proper English, they both experience an unexpected transformation.

Based on the raucous hit movie of the same name, this hilarious musical about friendship and revenge centers on three work friends who take on their lying, thieving, sexist boss.

This fairy tale ballet in two acts was created for and first performed at Moscow’s Imperial Theatres in 1892 with music by Tchaikovsky. Through colorful staging and beautiful choreography, viewers follow a little girl who falls asleep after a party at her home and is transported to a fantastic world where toys become larger than life. This annuall favorite has become the most popular show of the winter season. Here’s where you can catch it:

Debby Boone earned instant fame in 1977 when “You Light Up My Life” became one of the biggest songs in history. Now Debby is lighting up the stage with a mix of her own hits and selections from the Great American Songbook.

Prolific singer-songwriter Clint Black is not only a deeply talented singer and guitarist, he’s a feel-good entertainer. Between his No. 1 hits and fan favorites, Black delights in sharing stories and making his audiences laugh.

Expect dynamic vocals, fun choreography and a rollicking good time from these hard-working performers. With the power of four talented lead singers and chemistry to spare, the group covers the hits of The Beach Boys, The Drifters, Frankie Valli and The Four Seasons. 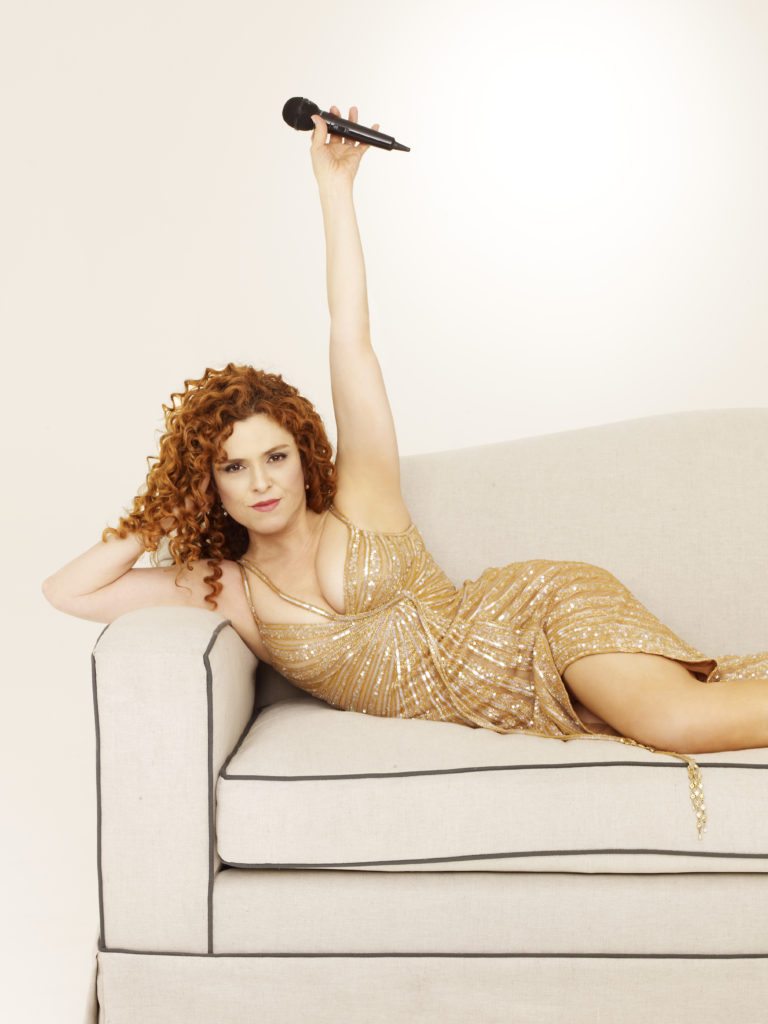 Ms. Peters is one of those performers that commands the stage and delights her fans with equal parts sparkle and shtick. This award-winning star doesn’t just sing a song, she brings out the nuanced character within and breathes life into them.

Myles Savage, former lead singer of The Platters, delivers smooth renditions of the group’s greatest hits while fans sing along and dance in the aisles.

Gabrielle Chou, former child prodigy, recent graduate of Juillard and Florida-native will appear at a free concert event on behalf The Marion Chamber Music Society. Ms. Chou is an accomplished pianist and violinist, who will play selections on both instruments.

Great music transcends time, as evidenced by the two-part harmonies of brothers Zachary and Dylan Zmed, who artfully recreate the music and magic of Phil and Don Everly over the course of this entertaining evening.

The Heart and Soul Queen of New Orleans Irma Thomas with The Blind Boys of Alabama & The Preservation Hall Legacy Quintet
The Sharon, The Villages
November 20, 7pm
thesharon.com, (352) 753-3229

Lovers of jazz, soul, R&B and gospel music won’t want to miss the chance to see these legendary talents come together for the first time in a celebration of the eclectic New Orleans sound.

Motown in Motion dazzles with top-notch vocals and high energy choreography in this fantastic tribute show that will transport you back to the soulful sounds of Gladys Night & the Pips, Dion Warwick, The Platters, James Brown, Martha & The Vandellas, The Supremes, The Temptations and The Four Tops.

There is something unenviable about the idea of measuring up to one of the world’s most beloved performers, but for Angela Ingersoll, it feels like second nature. Her resemblance to Garland, both physically and vocally, is nothing short of uncanny—but it is the way in which she conjures the legendary star’s heartbreaking blend of power and vulnerability, that lifts her performance well beyond mere impersonation.

A two-day fine arts festival offering visitors an opportunity to interact with top-flight artists like Yvonne Ferguson and Laurie Scott-Reyes, enjoy food from local restaurants and live music from such favorites as The Killer B’s and Middleground. Art on view will include paintings, sculptures, photography, pottery, jewelry, fiber art, wood carvings, glasswork and crafts. 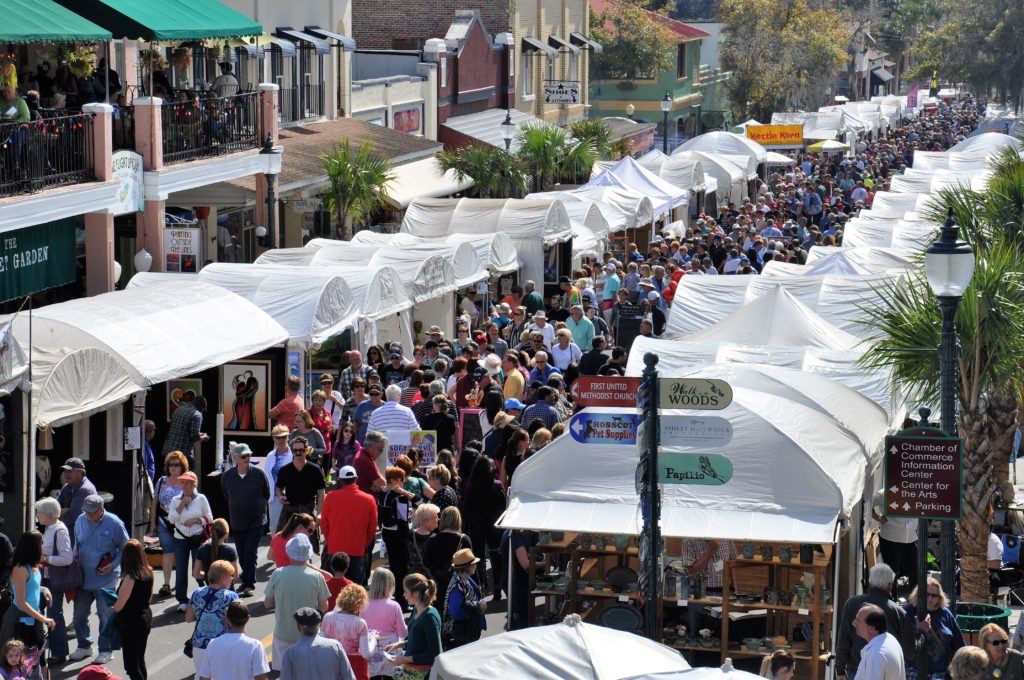 Fine art, music, food and fun combine during the last weekend in October at Marion County’s premier art event. For over 50 years, Fine Arts for Ocala has energized downtown with exceptional art, activities and enthusiastic crowds. The festival also showcases a large selection of student artwork from local schools. Enjoy entertainment on two stages and delicious fare from a variety of vendors and food trucks.