Thanks to ongoing scientific research around the world, amazing health breakthroughs are being made every day. From nutrition and fitness to drugs and vaccines to technology-driven medical advances, these breakthroughs are making positive impacts on our lives. Many things we thought were only the stuff of science fiction have become science fact! Here’s a look at just a few health breakthroughs that may one day play an important role in your life. 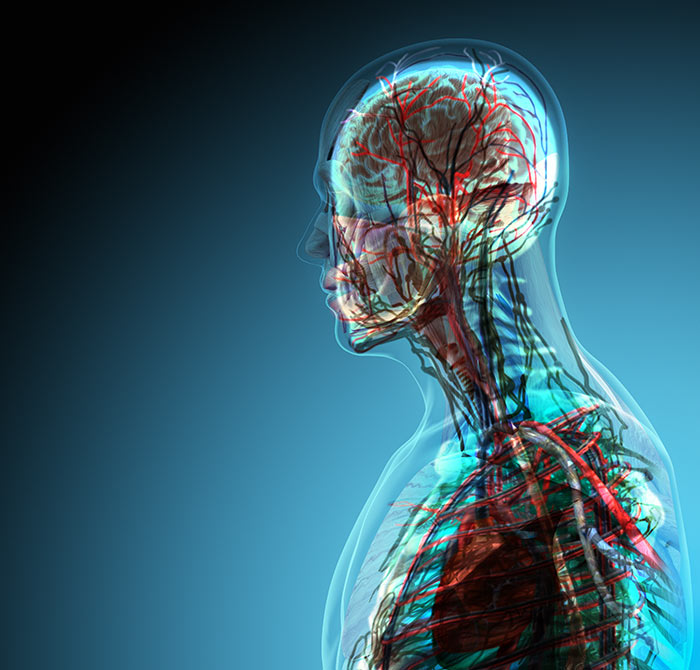 Ever wonder where those calories you burn off go? According to University of New South Wales researchers, we breathe them out! Turns out that our lungs are the primary route by which we excrete weight loss by-products.Dumbing down the science, it goes like this: Fat from food is stored in the body in fat cells as triglyceride molecules, which are made up of carbon, hydrogen and oxygen. Through the process of oxidation, your body loses fat when those components are broken down. When the carbon is broken down, we exhale it as carbon dioxide, and voilà, the calories go with it! Which is why exercise that gets us huffing and puffing contributes to weight loss. But, of course, to keep weight off, you still need to take in less carbon by eating than you exhale as carbon dioxide. In other words, eat less, move more and exhale, exhale, exhale!

A John Hopkins University study reviewed 32 major weight loss programs to determine which were the most successful at producing long-term results. Among the plans reviewed were Atkins, Biggest Loser Club, Jenny Craig, Slim-Fast, NutriSystem, Medifast, eDiets, OPTIFAST, Lose It! and Weight Watchers. The studies lasted from 12 weeks to 12 months with Jenny Craig and Weight Watchers emerging as the most effective. In contrast to the other plans, their participants lost more overall weight and maintained the weight loss the longest.

According to Harvard School of Medicine research, swimming, Tai Chi, strength training and walking are the top four physical activities that will manage your weight, strengthen bones and improve general health as you age. Swimming improves upper body and leg strength, as well as heart and lung function. Tai Chi trains the mind and body, particularly improving balance. Strength training maintains our muscle mass, while all-purpose walking is also linked to improved memory. So design a fitness routine by rotating these activities on different days and you’re good!

How long you go without eating from your last meal or midnight snack of one day to your first of the next day could affect your risks of developing diabetes and certain cancers. University of California/San Diego School of Medicine researchers studied the diet, eating and sleeping patterns of 2,200 women. The length of nighttime fasting was subdivided into groups of 9.5, 12.3 and 15.1 hours. The study showed that each three-hour increase in overnight fasting was associated with a 20 percent lower likelihood of having abnormal blood glucose readings, which is linked to type 2 diabetes. Previous research has shown that type 2 diabetes is a risk factor for several types of cancers. Women with type 2 diabetes have a 23 percent higher risk of developing breast cancer and a 38 percent higher risk of dying from it than women without type 2 diabetes. The study proposed that having designated eating periods followed by 12 to 16 hours of overnight fasting greatly reduces the risk of developing type 2 diabetes and its associated cancers, particularly breast cancer.

In less than two weeks following human neural stem cell treatment, disabled mice with multiple sclerosis were able to walk. After six months, their bodies did, as expected, begin to reject the stem cells. But, this University of Utah study is hailed as offering hope for stem cell treatments for people with MS, which is now only treated with symptom-easing drugs. Scientists hope that with further animal studies, a stem-cell drug treatment will be developed for humans.

The human immunodeficiency virus (HIV), which can lead to AIDS, remains difficult to treat because of its ability to mutate and become drug resistant. But a new antibody cloning method has led to the development of broadly neutralizing antibodies, which in research combat HIV’s frequent mutations. In a Rockefeller University study, these new antibodies were tested on humans with encouraging results. In those patients given the highest antibodies dose (30mg/kg), their viral load was decreased 300-fold. And these super antibodies have proven to be effective against  80 %  of HIV strains.

Scientists at Northwestern University’s Feinberg School of Medicine have developed the first blood test to diagnosis major depressive disorders in adults. By measuring the level of nine different molecular markers, the blood test not only provides a scientific diagnosis but also helps predict who might benefit from cognitive behavior therapy.

Yes, now you can play Dr. McCoy. When the sensor-packed device, Scout, developed by the Silicon Valley-based Scandadu, is placed on your forehead, it can detect vital signs such as blood pressure, heart rate, body temperature and blood oxygen levels. The data is then stored on a smartphone app so patients can monitor their health and share the info with their health care practitioner.

Xenon Gas May Knock Out PTSD

Xenon gas, which is already used as an anesthetic and is known to block the brain’s memory receptors, may offer help for those who suffer from post-traumatic stress disorder (PTSD).When Harvard Medical School researchers exposed lab rats to xenon gas shortly after they were mildly shocked, their fear response diminished. Scientists believe the xenon gas may disrupt the consolidation memory process in the brain. Xenon gas’ effect on the brain is brief and concentrated, so researchers think it wouldn’t likely interfere with other types of brain memory processes.

Bitter melon, aka wild cucumber or bitter apple, grows in Asia, East Africa, South America and the Caribbean, where it is consumed as food and used for its medicinal properties. A Colorado University study used bitter melon juice on mice injected with pancreatic tumor cells. Researchers reported that the bitter melon juice stopped cancer cell proliferation and caused cancer cells to die. Tumor growth was reduced by 60 percent in the study group compared to the control group that was injected with water. There were no signs of toxicity or side effects. Further animal studies are required to establish the possibility of using bitter melon in human patients.

Hospital-acquired infections (HAIs) cause an estimated 100,000 deaths annually and account for up to $45 billion in health care costs. But a recent study in Infection Control and Hospital Epidemiology showed that copper may provide a solution. Copper has natural antimicrobial effects, killing bacteria, yeasts and fungus. The study showed that copper-alloy surfaces kill 99.9 percent of bacteria in less than two hours. In a trial, three U.S. hospitals used copper hospital-bed handrails and lowered HAIs by 58 percent. One Iowa hospital has installed not only copper bed rails but also copper light switches and toilet flushers.

According to new research published in the New England Journal of Medicine, the newly FDA-approved treatment Viekira Pak showed significant promise in treating hepatitis C patients in a study. The oral combination drug regimen cured the disease in 97 percent of the 30 liver transplant patients studied. The Viekira Pak treatment is taken for 24 weeks or less and has a higher success rate and a lower risk of organ rejection than other previous treatments. Hepatitis C is the most common cause of liver cancer and transplantation.

An App For The Eyes

esearchers at the Massachusetts Institute of Technology have developed CATRA, a $2 app for detecting cataracts, which are the main cause of blindness. The eyepiece is clipped to a cellphone over a portion of the screen. When a person looking through it sees a faded image on the screen, they press a button. CATRA records when the button was pressed to determine the extent of a cataract.

There are currently more than 4,000 people awaiting heart transplants in the United States; many die before a match is found. But soon a bionic heart could revolutionize the field. The Houston-based Texas Heart Institute is developing BiVACOR, the first device of its kind to have only one moving part, which propels blood through the body instead of pumping it. A working prototype has been put into large animals, which are tested on a treadmill for a month before being culled to examine the bionic heart’s effect on their liver, brain and other organs. Thus far, scientists are pleased with the results. Half the size of a soda can, the spinning disk with fins is suspended by two magnetic fields. The disk micro-adjusts 20,000 times a second to keep the disk spinning flat 2,000 to 3,000 times a minute. And because the right side of your heart works harder when you cough and the left side side works harder when you exercise, the disk also adjusts the balance 20 times a second.

arkinson’s Voice Initiative scientists have developed a voice recognition software that is able to diagnose the neurodegenerative disease. A recording of the patient’s voice is analyzed using voice processing tools. The sample is compared to a recording database of Parkinson’s and non-Parkinson’s patients. Those with Parkinson’s show certain vocal symptoms, such as tremors. Early tests of the technology have shown it to be 99 percent accurate. There are currently no cures for Parkinson’s, but an early diagnosis means progression-delaying drugs can be prescribed sooner to
Posted in Marion Features