The Ocala Symphony Orchestra will return for an eagerly awaited new season with opening weekend concerts on November 20th and 21st. 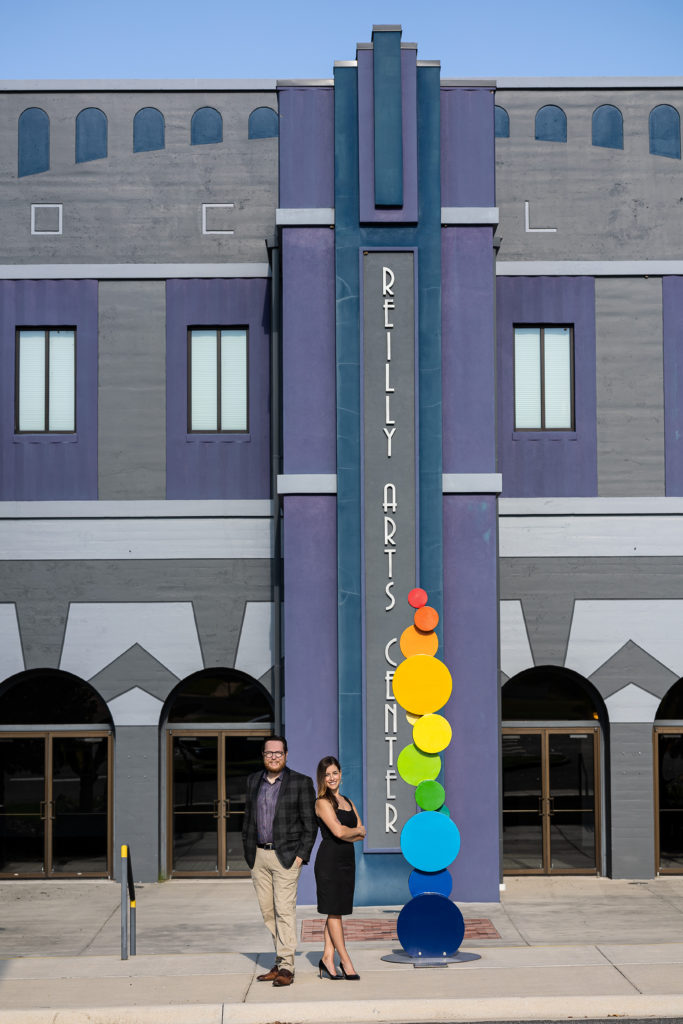 Music has the power to lift our spirits and create deeply felt connections, even when our daily lives are filled with stressors and difficulties—like those that go along with a global pandemic. Live musical performances allow us to partake in an immersive experience that can entertain and even enlighten us.

As he was considering the Ocala Symphony Orchestra’s (OSO) return to the stage as a full ensemble for the first time since February 2020, amidst renovations to the Reilly Arts Center (RAC) that will nearly double the venue in size, CEO and artistic director Matt Wardell said he took time this summer to “start studying the music for the season and it reminded me of all the work we’ve been doing for the past 18 months and kind of confirmed why what we do is important.”

Wardell says he believes that music is different for every person who hears it and is important because it gives the listener an opportunity to think beyond their current situation or space.

“When someone is in the audience listening to a symphony or an Adele concert or a Garth Brooks concert, they are in the music, they’re tapping into some emotion,” he shares. “We can’t do that sitting at work or talking with friends. When we’re listening to Beethoven or Mozart, maybe we are finally, in our busy day, taking a moment to think. And, with live music, we are spending time with a group of people all doing the same thing in a positive way, and so are the musicians on stage. There’s not much else in life that has that. It’s inspiring. I think it’s really important and, at the end of the day, it’s just really fun.”

“If music is life, then live music is the fountainhead,” asserts RAC Executive Director Pamela Calero Wardell. “My hope for this season is that our seats are filled with familiar faces as well as those who have never been to an OSO performance. I hope the music provides our audiences with peace, inspiration, awakening, perhaps some mild discomfort (Doesn’t all true art bring some discomfort?) and love for themselves and the world around them.”

The November performances of Variations on Opening Night will include guest soloist Jasmin Arakawa joining the OSO for Rachmaninoff’s Rhapsody on a Theme of Paganini. Arakawa is a pianist of world renown and assistant professor of piano at the University of Florida.

“It has been a reflective period for many of us during the pandemic and, for me, music is an essential tool to reflect, heal and hope,” Arakawa reveals. “Music has the incredible power to connect all people. I come from Japan and music has been like a passport for me, allowing me to travel around the world to meet and connect with people by sharing music. I am grateful to be part of the thriving Ocala community and look forward to the weekend with the magical program in November.”

The maestro says he and the orchestra members are eager to return to the stage. 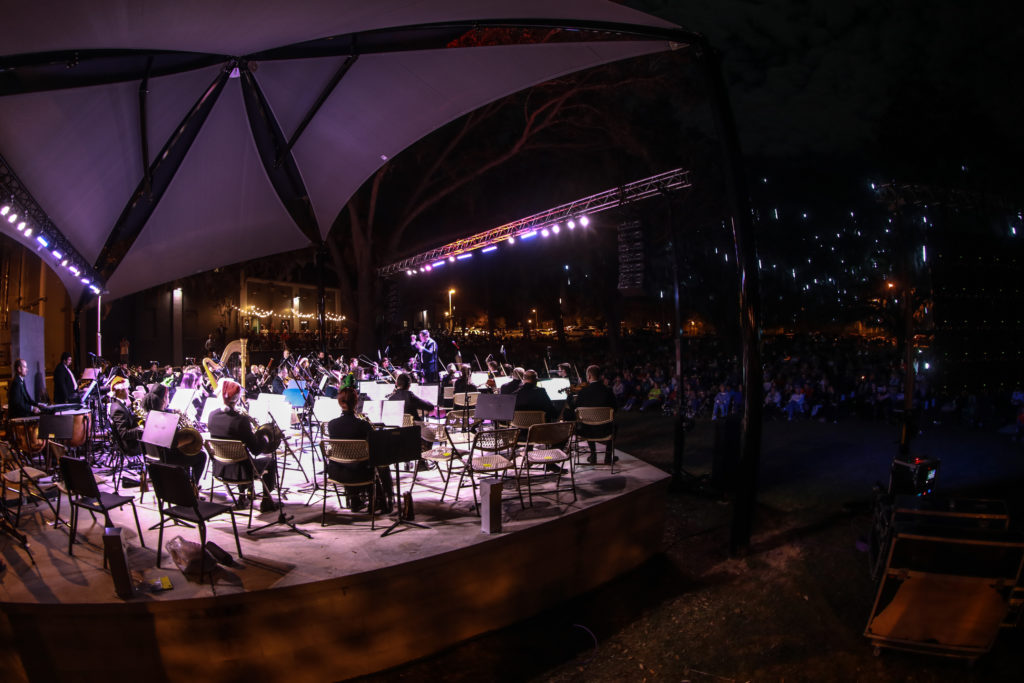 “Everything changes when it’s a full orchestra. The repertoire changes, the musical styles and breadth of the music can change, so to be able to get back to that big music is really exciting,” he offers. “Ever since the pandemic, it was go, go, go; thinking how to get by, how to get through, how to keep our employees paid. And not only how do we stay afloat, but how do we grow with the expansion?”

Among Wardell’s other considerations in outlining the season was diversity.

“I want any little kid out there to be able to imagine themselves on stage. I don’t want someone to look on the stage and realize there’s no one there that looks like me,” he explains. “And diversity is important for us as musicians because so much about music is bringing ideas to the table. When you get people with diverse backgrounds and upbringings, you get this really culturally rich music-making experience. The orchestra is getting a little more diverse within the individual members and this year we have good diversity with our soloists. And I wanted to integrate a few composers who were underrepresented, Black composers, women, young composers and those who are alive, which, believe it or not, is actually an underrepresented group. And it all comes about to some degree because of what’s been on our mind since the summer of 2020, starting with George Floyd and the things our nation has been thinking about.”

Concertgoers can find some of that diversity in such upcoming themes as The Four Temperaments, The Unfinished and 21st Century Anthology. Other concerts include 90 Years of John Williams, Pops! Goes the Holidays and Symphony Under the Stars.

Calero Wardell especially hopes that new audience members will discover the OSO in the new season and expanded space.

“An orchestra experience should never be intimidating. Our goal is to bring audiences works of music that are celebrated, thought provoking and exciting, while also educating them on the story behind the music,” she notes. “There’s always a connection to be made through the story, character or emotion. When someone buys a ticket to see an orchestra concert, makes a donation and tells someone else about their experience, these are the things that sustain the orchestra. We exist because of our audiences. It’s rare that a community of our size has a professional orchestra, and with musicians of our caliber.”

For those who cannot attend in person, a selection of concerts will be presented digitally through sponsorship by Bank of America Private Banking. 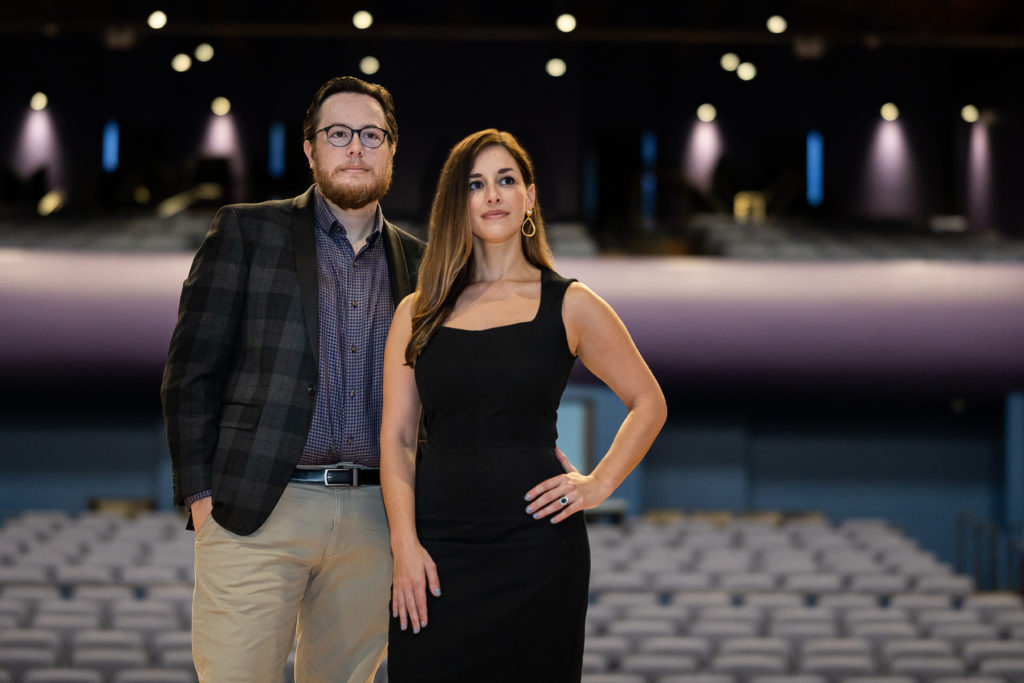 “Our principal, Chester Weber, was a leading figure in identifying the city auditorium as a place where the Ocala Symphony Orchestra could build a permanent home. In 2013, the Weber family’s Live Oak Foundation made a significant donation to renovate what is now the Reilly,” shares spokeswoman Barbara Carbaugh. “This is a full-circle moment to help present the new expansion by sponsoring the opening weekend concerts.”

The arts center is named in honor of Robert Reilly, a philanthropist and patron of the arts who donated $700,000 toward the renovation in memory of his late wife, Bonnie.

In mid-August, both Calero Wardell and her husband noted that with the resurgence of COVID-19 and variant virus concerns, the OSO and RAC teams will work to ensure the safety of staff, musicians and guests.

“We will take whatever precautions are necessary in November,” Wardell offers. “You think you’ve got it under control, you think you know what’s going to happen and then it’s totally different.”

Performances of Variations on Opening Night are 7:30pm Saturday, November 20th, and 3pm Sunday, November 21st.
Tickets are $15 to $40.
The Reilly Arts Center is located at 500 NE Ninth Street, Ocala.
Tickets can be purchased at the box office, which is open 10am to 2pm, Tuesday through Friday, at reillyartscenter.com or by calling (352) 351-1606.