When you hear the word seizure, it’s likely you envision the collapsing, the stiff body and the violent convulsions. However, this image of seizures isn’t representative. Seizures happen in the brain, the most complex organ of the human body, and that means they’re every bit as varied and complicated. Here, we’re discussing the many types of possible seizures, how they’re being treated and how one girl smiles through her epilepsy. 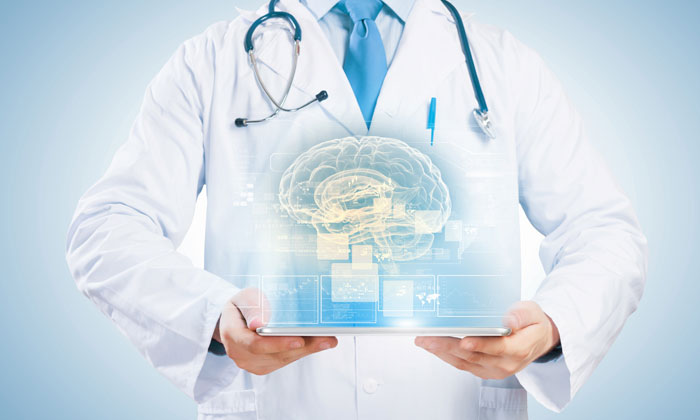 The brain is the control center of the human body, in charge of voluntary and involuntary actions, and it’s full of nerve cells that send messages back and forth using electrical signals. Seizures occur when these nerve cells start firing signals in massive, rapid bursts. That surge causes all the symptoms and signs we recognize as seizures, which then end when the brain regains normal functioning.

Seizure Size You’ve probably heard the term grand-mal, but with something as complex as the brain at the root of the problem, there’s an array of seizure types possible. The severity of the seizure depends on the focus of the electric impulses, or the portion of the brain generating all those signals. If the focus is relatively small, it results in a partial seizure, whereas a generalized seizureis the product of impulses throughout the brain.

There are six generalized seizure types, each with its own set of symptoms.

A tonic-clonicseizure, or grand-mal, is the most common and the most severe. It results in convulsions, unconsciousness and rigidity. They are what comes to mind when you hear the word seizure and often result in the infamous symptoms of bitten tongues and urinary incontinence.

Absence seizures get their name because they cause a brief period of unconsciousness, usually just a matter of seconds. They often happen to children, who stop what they’re doing and stare blankly. Often, no one knows they’ve had one.

Myoclonicseizures are characterized by brief jerking movements, which sufferers often describe as shock-like. Unlike a grand-mal, the person is usually awake and able to think clearly.

Clonicseizures are rare and cause repeated jerking of the body. The movements are often violent enough that they cannot be prevented by restraining the victim.

Tonic seizures cause sudden stiffening movements, especially in the arms and legs.

Atonicseizures, also called drop attacks, result in a sudden loss of muscle strength. This can lead to drooping eyelids, dropping items or overall limpness and collapse.

Partial seizures can affect muscle activity, causing part of the body to stiffen or jerk. Sensory seizurescause the victim to smell, taste or hear things that aren’t really there. They could also experience visual hallucinations, such as a parked car appearing to move further away. A psychic seizurewill change the sufferer’s emotions, causing sudden onset of happiness or fear without an outside stimulus. And autonomic seizurescause bodily functions to go awry, like sudden goose bumps or changes in heart rate.

Absence seizures could be considered the sneakiest of all. Simple absence seizures are lapses in awareness that may look like staring into space and tend to last just a few seconds. Since they’re most common in children ages 4 to 14, they can go undetected for some time.

Complex absence seizuresinvolve some sort of movement in addition to the blank stare, such as chewing or a hand gesture. These used to be called petit mal seizures, though that name is rarely used today.

Unlike seizures occurring due to epilepsy, febrileseizures are convulsions resulting from high fever in infants and young children, usually occurring in the first day of a child’s temperature spike. One in 25 children will have a febrile seizure before turning 5. They typically affect children between the ages of 6 months and 5 years and can happen when a child has a rectal temperature of 102 degrees or higher. Though scary, febrile seizures are short lived and harmless to little ones.

The Path To Treatment

Of course, the goal of treatment is to cure the patient of seizures (or at least gain control of them), but it can be a long and winding road. Approximately seven in 10 people who experience seizures due to partial epilepsy can control them successfully with anti-epileptic drugs (AEDs). There are different medications to treat the many types of seizures patients may experience, but those who find no relief in medicine can often be treated surgically.

Some physicians prescribe a ketogenic diet in conjunction with medication. This high-fat, low-carb diet has been shown to reduce seizures in children taking medication by up to 50 percent. It is estimated that the diet has even helped 10 to 15 percent of kids become seizure free. However, even one meal off the diet can derail these incredible results, so consistency is key. A modified Atkins diet has reportedly worked well, too, but any dietary plans should be suggested by a physician or nutritionist.

Although surgery has been shown to help many seizure sufferers, for some patients, surgery will stop seizures completely, while others will show no improvement at all. For this reason, most patients don’t opt for an operation until they have tried multiple medications, dosages and combinations over significant time. Only when special nutrition and aggressive medication fail to provide control is surgery recommended.

The most common type of surgery is called a resection. During this procedure, the surgeon will remove the portion of the brain causing the seizures, which, in most cases, is a temporal lobectomy. The second, less common procedure is called disconnection and involves severing the nerve pathways to prevent seizures from spreading. Examples of this include the corpus callosotomy and multiple subpial transections. When these last measures are taken, they are often intended to provide relief but cannot promise a forever cure.

Is It Only Epilepsy?

While epilepsy is the fourth most common neurological disorder in the United States, there are other illnesses that can cause seizures. Epilepsy is outranked by migraine, stroke and Alzheimer’s and is the leading cause of seizures in children. Stroke causes them most often for the elderly. Psychological conditions or extreme stress can cause nonepileptic psychogenic seizures and are usually treated by mental health professionals. Eclampsia, a condition suffered by pregnant women, can cause sudden seizures and blood pressure spikes. Head injuries, tumors or infections in the brain can all cause seizures, too.

Aubrey is a lot like other 7 year olds. She loves Frozen, Doritos and four-wheeler rides with her dad, and she has a grandpa who adores her. Unlike many other children, she suffers absence seizures due to epilepsy and underwent brain surgery last April. Aubrey’s mother, Nicole Socko Emidy, sat down with us to talk about her daughter and how epilepsy has become part of their lives.

Aubrey was diagnosed with infantile spasms at just 7 months old. How did you know something was wrong?

If she was on her back, her arms would flare out to the side, her eyes would roll and her knees would come to her chest. When she was a little bigger her head would fall forward. They’re called clusters—they can have two or 10, it all ranges. I noticed all this when she was 4 months old but didn’t get her diagnosed until 7 months. As a first-time mom you don’t know these kinds of things, and when people think seizures, they think grand mal, someone with uncontrollable seizures laying on the ground.

How did the diagnosis progress from infantile spasms to epilepsy?

Infantile spasms stop at 2, and usually, children grow out of it. They have better outcomes the sooner it’s caught, but not many pediatricians know about it—that’s the issue. Since the surgery, she doesn’t have violent head drops, and now we can sit at dinner as a family without worrying about her slamming her head into the table. If she has them now, they’re more absent.

We did a brain surgery in April called a corpus callosotomy. We finally got to that point because we’ve tried so many things without gaining control: medicine combinations, special diets, everything under the sun. The corpus callosum is like our hard drive, the band of nerves between the right and left sides of the brain. They went in and cut those nerves, and 80 percent of the time head drops will stop.

What have you learned from Aubrey’s epilepsy?

The biggest thing is strength. You really don’t know how strong you are until you’ve been dealt something. People always tell me I seem so at ease with it when inside I’m probably the most neurotic person, but if I show you that, it solves nothing. The day of her brain surgery was the longest day of my life.

How is Aubrey’s epilepsy treated today? What are your ultimate goals for your daughter?

I’m content with the seizures right now; she’s only on one medicine, once a day. I would love for them to go away one day, but the reality is that they may never. I would love for her to grow up and have some kind of independence, but if not, that’s OK. I just want her to live life to what she knows as the best, and she’s happy right now. And we don’t let it define her. She defines herself.

Want to keep up with Nicole and Aubrey? Visit Nicole’s blog at justsayhi.org. 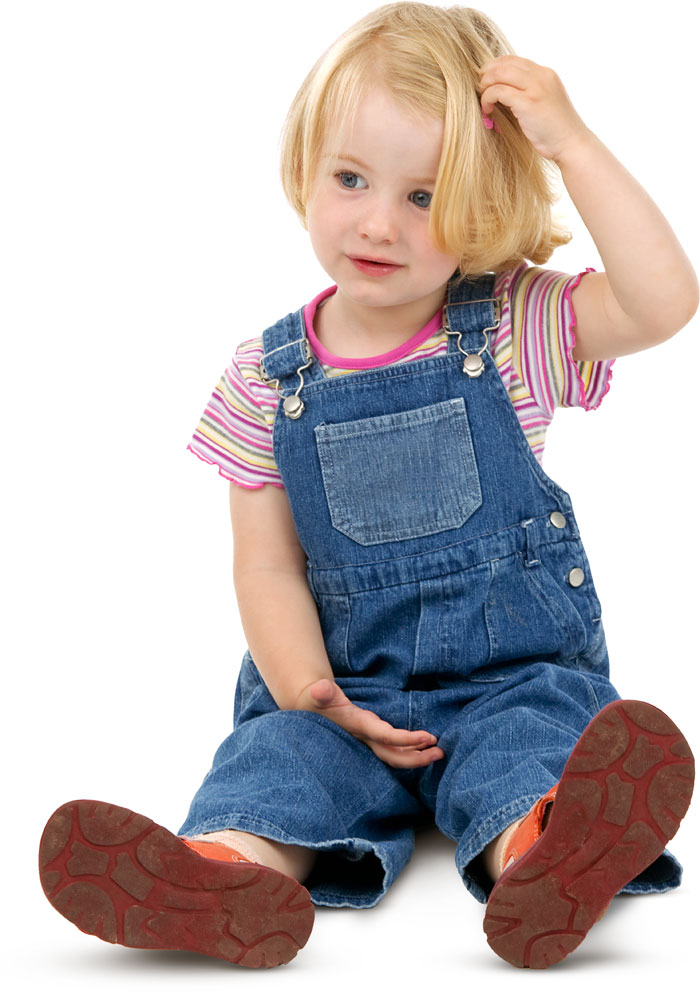 Up to 10 percent of people worldwide will have at least one seizure in their lifetime, which means you may witness someone in need when you least expect it.Here are the seizure first aid steps to remember in case you find yourself in a first responder situation:

1. Stay calm.Seizures usually last just a few minutes, and keeping a level head will help the victim stay as calm as possible during and after.

2. Survey your surroundings.Is the person in a safe location? If they may injure themselves, move any furniture or items away.

3. Note the timesthe seizure begins and ends, as well as how long it takes the person to regain full awareness.

4. If possible, cushion the victim’s headand loosen any clothing around the neck to provide comfort.

5. Do not insert anythinginto the person’s mouth or try to hold them down, as both of these can lead to injury.

6. Check the time again.If the seizure has lasted five or more minutes, call 911.

7. When the seizure subsides, rolling the person onto one sideor the other can help open the airway and make breathing easier. This also prevents them from inhaling any fluids as they regain full consciousness.

8. Stay with the personuntil they have fully recovered. Ask any onlookers to leave, as waking up to a crowd can be embarrassing. Offer to sit with the person until they are ready to resume what they were doing or until help arrives.

What Can You Look For?

If you know your friend, family member or co-worker has seizures, there are a few ways you can tell one is coming. Many people report these common symptoms before a seizure:

Blurry vision or loss of vision

Numbness or tingling in parts of the body

Nausea, and some report feeling “a rising feeling from the stomach to the throat”

No Ambulance? Many experts say calling emergency medical help may not be necessary if the victim is known to have epilepsy, but here are some good rules of thumb. Call 911 if…

This seizure is the victim’s first

Seizures happen closer together than is typical for the victim, or you are unsure of the usual time lapse between them

Another seizure occurs before the person has regained consciousness

The seizure occurs in water or injury may have occurred

If the person has another condition, like diabetes or heart disease

If you or someone you know has frequent seizures, visit epilepsy.comto develop your own seizure response plan and prepare yourse