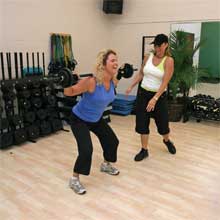 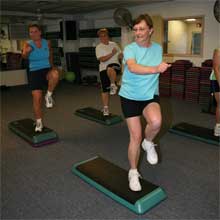 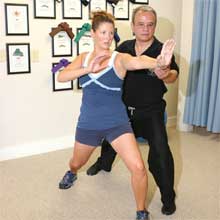 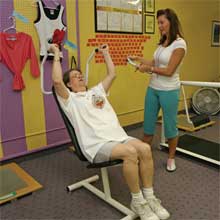 As the weeks slip away, so do the pounds. On their way to fit and fabulous, the women chosen for the 2006 Ocala Style Dream Makeover are following exercise and diet plans created especially for them. We checked in to find out how things are going.

A “sense of accountability” keeps Kendrea Jackson focused as the weight disappears. With a goal of losing 20 pounds, by the first week of June she had already lost 15 pounds. Her exercise routine includes working out at the YMCA four days a week with cardio kickboxing and a class called “Pump,” which focuses on free weights. In addition, Kendrea puts in a four-mile walk, striving for 15-minute miles.

“I usually do both workouts four days a week and never less than three times a week,” says Kendrea.

She’s also learned a great deal about healthier eating, incorporating this knowledge into her everyday life.

“I used to skip breakfast, have a tiny lunch, and then have a huge dinner. It was horrible for my blood sugar and energy level. Now I’m eating breakfast, lunch, dinner, and two snacks. All the meals are pretty small.”

Regular exercise is nothing new to Sue McCree, who began working out at Curves two years ago after discovering she was diabetic. Since becoming part of the Dream Makeover, Sue added a one-hour step aerobics class at Too Your Health to her exercise routine, and also increased her Curves routine to their advanced workout. She has lost over 10 pounds since starting the makeover and appreciates the motivation to take care of herself.

“I’ve always eaten pretty well and I like all kinds of fruit and vegetables,” says Sue, “but I’ve become aware of which fruits are more sugar. I’m not eating any fast food now and I’m packing my lunch instead of going out to eat so I can maintain portion control.”

Sue admits she was somewhat discouraged when she didn’t lose a lot of weight in the beginning, but she realized the plan was definitely working when she had to buy clothes in a smaller size.

“The doctor says it’s not all about pounds,” she notes. “I can tell by the way my clothes fit that I’m losing weight.”

Rebecca Novicki views her participation in the Ocala Style Dream Makeover as an exciting part of her new life. She and husband Phil and their four children, ages 2, 5, 7, and 9, moved to Ocala from Colorado in January.

“I really appreciate being part of this makeover; it’s really been good motivation,” says Rebecca, who recently turned 34. “Everything in my life for the last nine years has been focused on the kids, so this is the first thing that’s been focused on me.

“I spend about an hour each day doing Qi-Po,” says Rebecca. “My husband and I also swim laps almost every day.”

Rebecca confesses that before the Dream Makeover, she never counted calories or read food labels like she does now. She’s found the diet changes to be the toughest part.

“When we started the makeover plan, three of our kids were involved in sports and we were at ball games three and four nights a week,” she recalls. “We usually just ate dinner at the concession stand or at a drive-through. Now I’m trying to pack dinner to take along. I’ll still take the kids to McDonald’s, but now instead of getting a Big Mac, I’ll get the salad with chicken and the lightest dressing they have.”

“In the long run, the weight on the scale doesn’t matter,” she reflects. “If I’m smaller and feel better and look better, that’s what counts.”

As a high school teacher, Michelle Arquines is accustomed to routine. As a Dream Makeover participant, she’s changed her exercise and diet routine, and admits that although it’s a challenge, it’s definitely rewarding.

“I’m really grateful to Ocala Style and the other sponsors for this opportunity,” she notes.

Michelle had been working out at Curves since January, and had lost a total of 17 inches by mid-May. Since becoming part of the Dream Makeover, she’s stepped up her routine to the advanced workout, which she does three or four times a week.

“I don’t think I could get through some of those workouts without Erika and Mary Katherine,” she says. “They’re incredibly encouraging.”

Michelle is following the calorie intake recommendations she’s been given for the makeover, eating the right portions of food from the right food groups and drinking plenty of water. She’s already lost over 13 pounds, well on her way to her goal of losing 37 pounds by August.

“It’s not an overnight fix,” she says. “It’s a total change in the way you live your life and the choices you make.”

Three of the women work out at Curves in Old Bridge Station just off State Road 200, where manager Erika Robertson and Mary Katherine are helping with their routines.

Curves offers a 30-minute workout that combines cardio, strength training, and stretching. The routine utilizes a variety of hydraulic machines that work various muscle groups and “recovery stations.” Sue and Michelle, however, are doing the advanced workout, which means that they are dedicated to doing a specific number of repetitions on each machine.

“They can burn up to 500 calories in 30 minutes,” says Erika. “I’ve seen a difference in both Sue and Michelle.”

Frank explains that Qi-Po, which has been practiced for some 4,000 years, is similar to Tai Chi and offers a no-impact form of exercise in which slow, focused movements allow participants to calm their minds and increase muscle definition and tone.

“It takes training to get people to slow down,” Frank says. “We live in a fast food world.”