Although this year’s Show Motel will not be held in a motel, we can still expect the same conceptual, contemporary, experimental and nonacademic art.

Approximately 10 local artists from the Show Motel Artist Collective, ranging in age from 13 to 80-something, will showcase works including painting, mixed media, textiles, video and sound art in the Multiples exhibition. 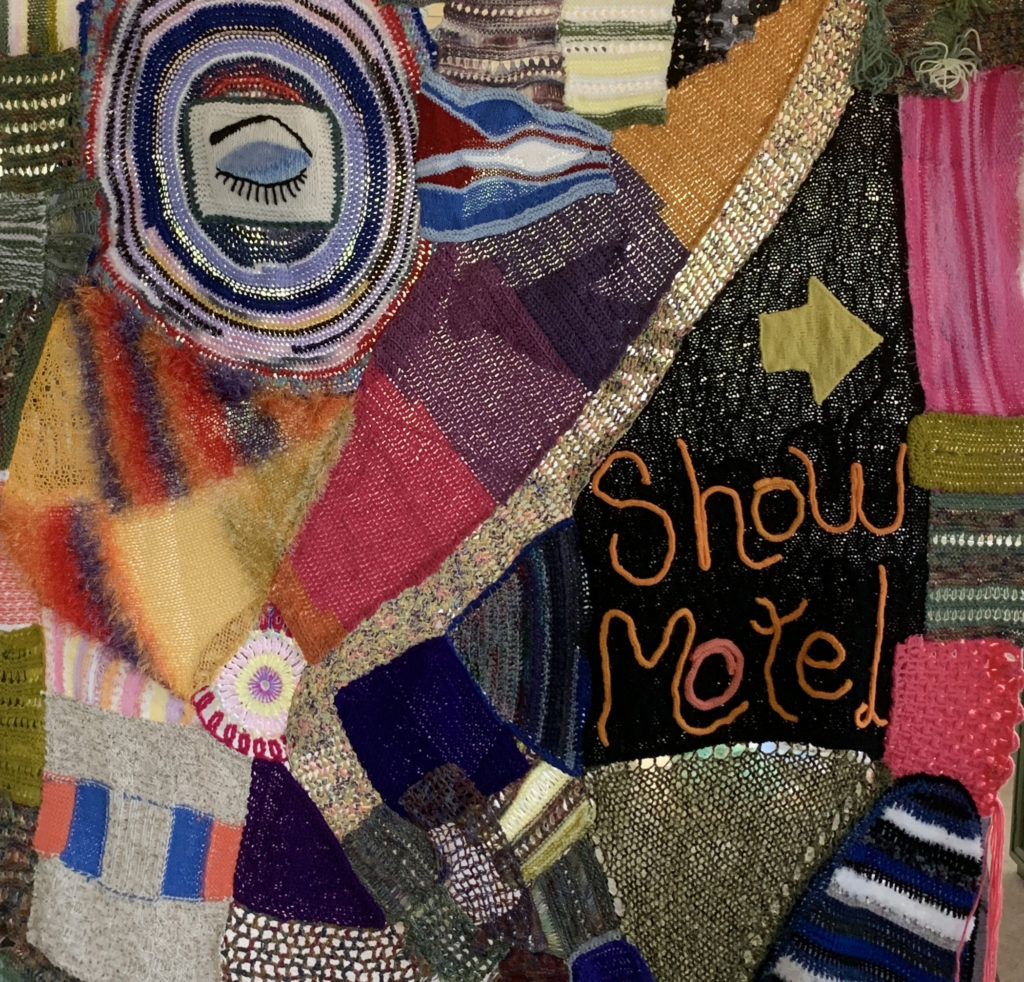 “All artists, in the process of coming to the end result, replicate it over and over again, resulting in multiples,” explains collective director Maureen Fannon, who started Show Motel with Stephanie Giera. She warns not to expect “flowers or sunsets.”

“The idea is that contemporary art, as it’s seen in art fairs all around the world, demands of the viewer a certain amount of work. You have to work at understanding and try to get into the mindset of the artist. It engages the viewer in another way.”

With her long history in the fashion industry, Fannon employs textiles to make a statement about society. Last year, her “Mt. Fashmore” piece was meant to encourage the viewer to reuse and repurpose old clothing rather than send it to landfills, where it takes hundreds of years to decompose. In another past exhibit, her “Segregated Closet” used garments to show many shades of white and brown, clearly meant to blur the lines of racism. 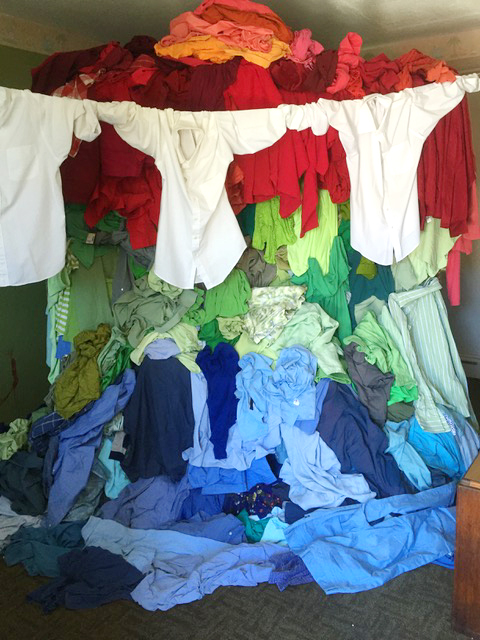 The “show motel” was modeled after an art show in Nevada that used old motels as gallery spaces with no dictates by cultural norms and, in past years, was held at a motel on Silver Springs Boulevard. The concept was to juxtapose high-end art in a low-end venue where each artist could have their own room as a gallery. That location was not available this year, so Marion Cultural Alliance welcomed the group to The Brick, where Fannon says the show is being tailored to the gallery format, but that “does not excuse the artists from pushing the envelope.”

Nick Luonga, whose art has been described as “21st-century psychedelia,” says the collective is a way for him to collaborate with “artists that are his kind of people.”

“We share a kind of uniqueness that this city needs to see,” he explains. “I paint with vibrant headiness. My unique visions are generally loaded with whimsical crudity.”

Multiples opens with a reception on Friday, April 5 and continues through April 27.