Even as a 4-year-old in the 1950s, Rick Lang had a preconceived notion of Florida when his parents told him

they
would be moving to the Sunshine State.

“I found out that Florida is so much deeper,” he says. “That’s what I’m trying to mirror today.”

Although Rick has traveled to 11 southern states to photograph rural landscapes, the bulk of his work has been in Central Florida. He specifically focuses on the mostly handmade signs found in and around small towns.

His Lake County images feature landmarks such as the Tropic Theatre and signs that have obvious historical value.

“Peanut Stand, Leesburg, 1999, is a record of another time
and place,” says Robert Lerner, a former LOOK magazine staff photographer and friend of Rick’s. “Although it [the sign] is
not acceptable in today’s politically correct world, it’s an archival gem.” 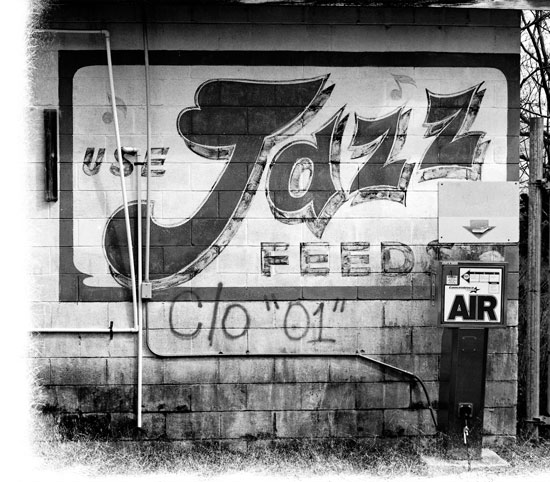 “Documentary photography for me is a blending of other types of photography,” he says. “I was able to explore the aesthetics of black and white photography and add that to my photos.”

Besides putting an artistic touch to photos, documentary photography has no deadlines, which allows Rick time to study his subjects, something that photojournalists don’t usually have.

“I’ve been photographing signs for 14 years,” he says. “I never would have had that luxury in a newspaper.”

Why signs? As he traveled along the back roads of the South, Rick was drawn to the irony of some of the signs he photographed. Over time, he realized how signs fit into the landscapes that he was exploring.

“The signs are examples of people expressing their innermost feelings about a wide range of subjects,” he explains. “People used signs to communicate in a very direct and lasting way.”

The juxtaposition of a sign with its surroundings often captures Rick’s attention when he’s on the road. He’s able to find humor in them, especially the graffiti that he often captures along with the original messages.

Some of Rick’s more hilarious memories come not from the signs, but from the people he meets along the way. He creates most images with a 2.25X1.75-inch medium format camera, but it’s his large 4X5-inch format field camera that attracts the most attention.

He once set up the camera behind his flaming red van to photograph a small-town intersection in south Florida. A late-model Lincoln, painted lavender and white, pulled up and the driver’s window rolled down. The man inside asked, “Are you doing surveillance photography for the police?”

“I replied, ‘With this camera?’” says Rick with a laugh. “The guy said something like, ‘You’ve got a point!’ and drove off.”

Rick’s “Purple Haze” photo evokes another humorous encounter. He’d stopped to photograph a sign at a closed bar in an isolated area south of Gainesville, and the place was dark except for a street light illuminating the sign. Out of the darkness a car drove up and the man inside asked Rick if he was thinking about buying the place.

“I told him that I only wanted to photograph the sign,” Rick remembers. “Rather than going into the historical or cultural importance of signs when the guy asked why I wanted the picture, I just said that I was a Jimi Hendrix fan and ‘Purple Haze’ was one of his hits.” 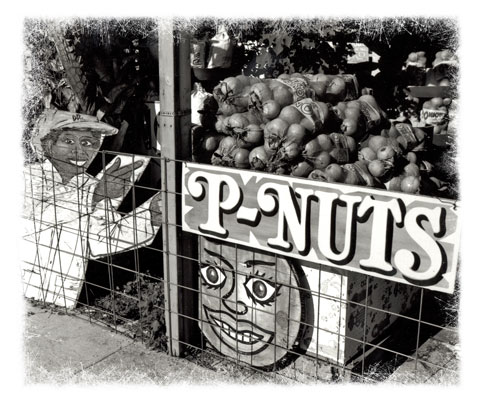 The man, who was about Rick’s age, looked quizzically at him and asked, “Who’s Jimi Hendrix?”

Serendipity, however, often leads him to the best places to photograph. With his Gazetteer book of detailed maps, he’ll take a road just to see where it leads. 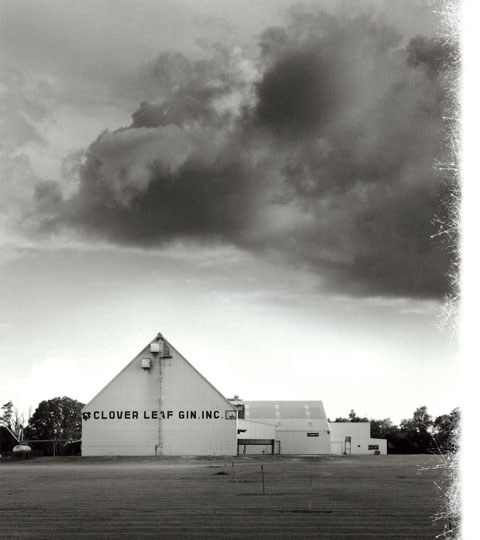 “I try not to have a predetermined place to be,” he explains. “I’ll turn down a road and allow myself to poke around a little bit.”

Rick’s inspiration comes from the photographers who took thousands of photos for the Farm Security Administration in the 1930s. Many of the impressions that people have of the Depression come from those images, taken not only to promote social change but also to document history.

“My approach is similar to what other documentary photographers have always done,” explains Rick. “I’m trying to describe how life was in the late 20th century and to show many of those things that we take for granted before they slip away into extinction.”

As the silver processes needed for darkroom work get harder to find, documentary photography will become more digital, and Rick believes that will be a challenge. Many people today question the validity of digital photographs, which are often manipulated.

“Prior to digital photography, people looked at photographs vicariously,” he says. “They had the feeling they’d seen the actual subject. Those who go into documentary photography must maintain that feeling of truth in a photo.” 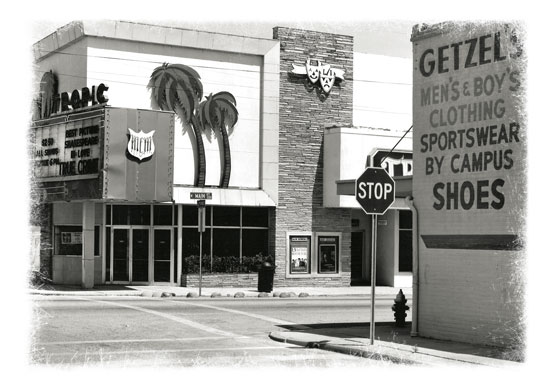 He looks forward to shooting more digital photos and exploring color. Documentary photography, he says, does not always have to be in black and white. He also believes his “sign era” is coming to an end.

“I’ll continue to build on that body of work, but I’d like to add people to my photos,” he says. “I’d also like to follow the lead of some of those 1930s photographers, sort of go down the road and describe through photographs what a town is about.”

Today, Rick leads somewhat of a double life as a photographer and as the director of photography at the non-profit Crealdé School of Art in Winter Park. He has been on the faculty since 1995, so his time on the road as a documentary photographer is often limited to short trips.

“I’m truly appreciative of my life in photography because it’s expanded my horizons,” he says. “Hopefully, I’m leaving a legacy of imagery that will be a bridge of understanding between generations.”

Want To Know More?
Rick Lang’s next exhibition will be
Oct. 1–Nov. 27 at the Museum of Florida
Art and Culture in Sebring (www.mofac.org).
His work is also featured at
www.ricklangphoto.com and www.crealde.org.