It’s the year 1900, and Henrietta Leavitt begins work as an astrophysicist at Harvard’s observatory. What she discovers will become the key to measuring the distance from Earth to other galaxies, and it will unfold onstage at Ocala Civic Theatre in March. 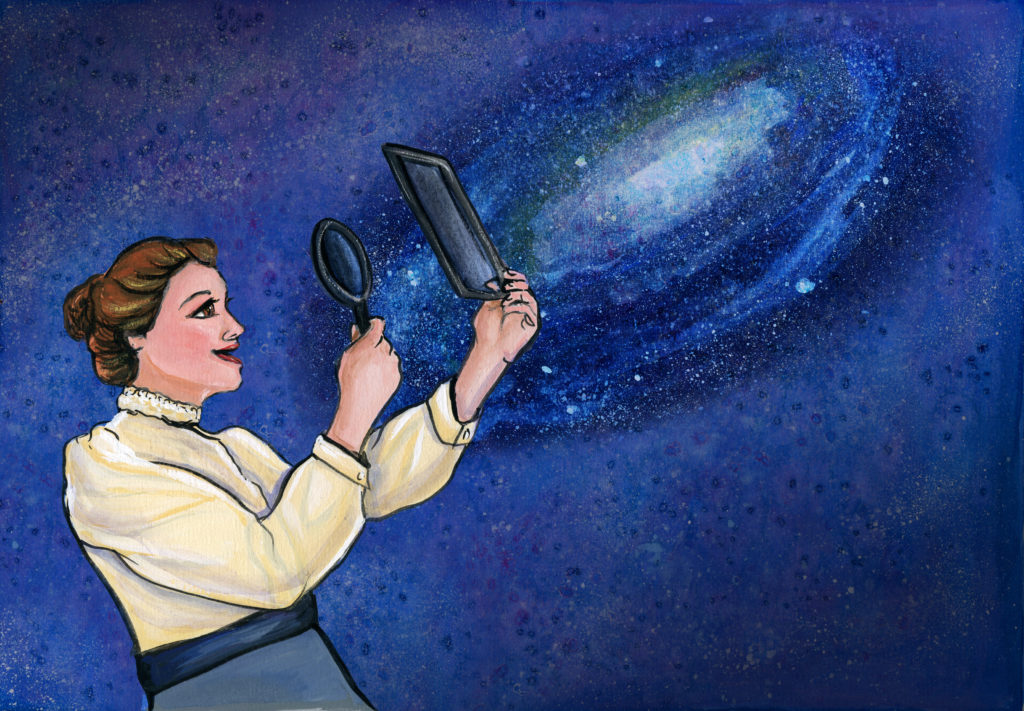 Henrietta and her female colleagues, Annie Cannon and Williamina Fleming, are assigned to chart the location of the stars for their male colleagues, who provide photos taken with the observatory’s telescope since women are not permitted to use it.

Director Fred Mullen will lead the 11 performances of Silent Sky from March 7 to 17.

“She comes up with a whole formula for measuring the distance between Earth and the stars,” Mullen says. “At that time, the general belief among astronomers was that there was no universe beyond the Milky Way, and she proved all of that wrong. The theories she came up with were revolutionary.”

He explains that the play is “extremely well-written with a lot of humor, pathos and feeling,” and although it’s historically accurate, the characters of Margaret Leavitt and Peter Shaw are fictional additions to bring some human interest into the script.

“Silent Sky is interesting because the main character almost never leaves the stage, which is tricky when her costume changes dramatically. How do I transition this woman from 1900 to 1910 in three seconds? We’re having to find sneaky ways to age her without her leaving the stage.”

Mullen says about six weeks pass from auditions to opening night, so Brooks Brewer needs all the time she can get to create these detailed pieces. Before the show is even cast, she completes research on the period’s clothing, establishes color palettes and determines how many costumes each character needs. For historical accuracy, she’s even making undergarments by hand.

“Even though no one will see it, to get the proper silhouette you have to wear the proper undergarments, like petticoats and corsets,” she explains.

For both of them, the play is poignant because the treatment of women in the early 1900s is eerily similar to today.

“The glass ceiling is breaking up a lot with the Me Too movement going on. I think scripts such as this, written by women about women, are important,” says Mullen.

“In theater, you don’t get a lot of really meaty, well-developed characters for women, and in this show, you get four,” says Brooks Brewer. “Usually you get the pretty ingenue who falls in love and is flat, but these women have struggles and are very real.”