She makes difficult dishes into easy entrées with her semi-homemade philosophy. Now, television star and author Sandra Lee is turning her attention to spaces beyond the kitchen, as she explains in this exclusive Lake & Sumter Style interview. 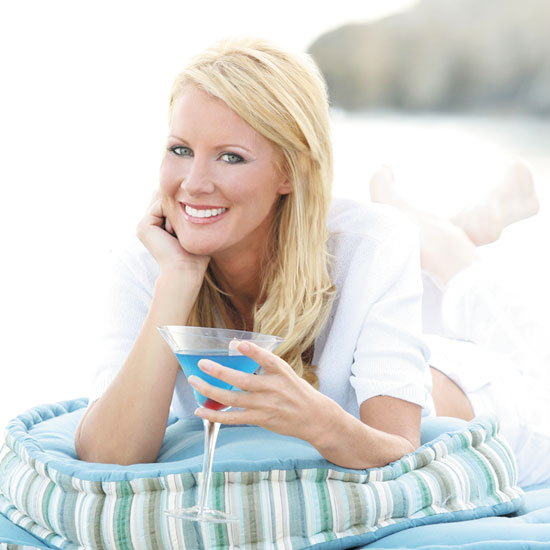 Transformation is central to Sandra Lee’s life. A tumultuous childhood led Sandra to leave home at age 16, a choice that impacted the rest of her life in profound ways. Hard work and hard luck shaped her desire to be successful. By 25, she was a millionaire, having created Kurtain Kraft, a window treatment product. However, a product control issue with QVC left her in financial despair, but only temporarily.

Eventually, Sandra would come to be known for her Semi-Homemade Cooking brand that would put her on the Food Network television channel and many a cover of supermarket magazines. Back on top, she credits her late grandmother for inspiration. She remains close to her family of brothers, sisters, nieces, and nephews, many of whom work for her and make frequent appearances on her popular show.

In your new autobiography, Made From Scratch: A Memoir, you share your personal heartaches of a broken family and marriage, revealing a different side of your seemingly perfect public persona. What’s been the response?

So many people have been supportive who didn’t know my story. As I wrote the book, I was absolutely exhausted. I was pretty spent. I had to write it in a condensed period of time and really had to pare down all the stories that were in my life.

Any omissions we need to know about?

No. I had six of my friends edit including a writer from People magazine and The New York Times. After everyone returned their edits, I went back and made changes, then turned it in to my publisher.

You’ve accomplished so much already. What’s the next chapter for you?

I’m starting my home and garden project I’ve said for many years I’ve wanted to do. I’m really focused on doing this because it’s my passion.

What does this mean?

I’m taking my semi-homemade philosophy outside of just the kitchen and into the home—tearing apart the home, then recreating all of it on a budget but with results that are smart and cute. That’s what you see on my Food Network show. We change the design of the kitchen set every single show and this season we’re shooting two-hour episodes.

So the new season promises new and different?

The point of my work is to communicate that even if you have one type of room—like a kitchen—it can really look like anything you want it to look like. Also, it’s not my job to dictate what your taste should be. It’s only my job to show you how to put it together and give you the tips of the trade to save money so you can have the things that you want. Whether you have five dollars or $500, it can be just as special. 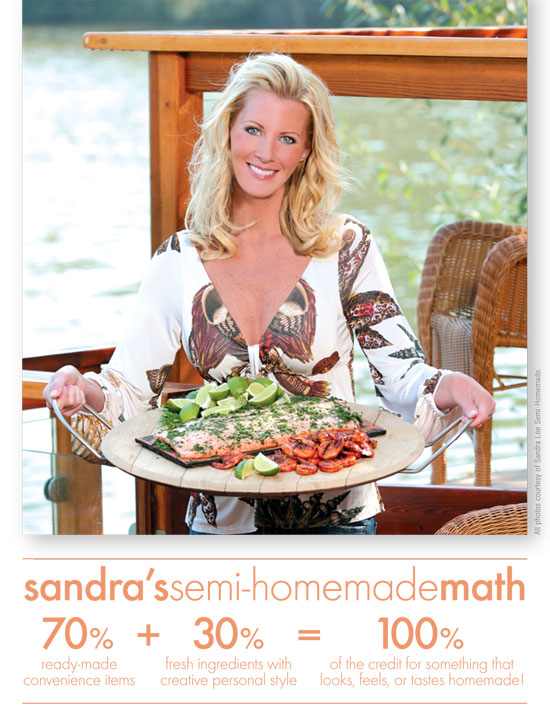 You always seem to have fun on your show.

Yes, I work hard, but I like to play hard, too.

Ever come to Florida?

Last year, I was in Orlando at Disney World with my sweetie and his kids.

And for those readers who don’t know, your sweetie is?

How long have you been together?

How do you pace yourself?

I don’t say yes to everything, but the things I say yes to I give 120 percent. I try to focus on the projects I believe in and make sure it’s always about quality. I’ve been with my publisher forever—we have 17 books together. I’ve been with the Food Network for five years and some of my employees have been with me for 15 years. Once you find your family, you’ve got to keep them. Everybody gets to come up together.

In your book, a constant theme is your love of your sisters, brothers, nieces, nephews, and extended family. Are they an important part of your professional projects?

They are! As a matter of fact, many of them are coming to New York soon to shoot our Thanksgiving and Christmas shows for the next season. One of our shows has a science-project-party-for-kids theme. We’re going to film at Aunt Sandy’s patio and have a food fight.

Tell me more. Will this be on Food Network?

Yes, and my nieces and nephews are coming together to my kitchen, then we’re heading out with the food onto my patio. I’m making a volcano cake for the centerpiece and the kids are going to be allowed to have a full-blown food fight. I gotta tell you, I took a lot of grief on that with some of my team, but if Aunt Sandy has a show on Food Network, you’re gonna have a food fight! If you were a kid, what would you fantasize about? Mashed potatoes in your sister’s face! I’m sure I’m going to get nailed.

When will the show run?

Around the same time as back to school.

Do you ever take a break? You seem to go at full speed.

Yes, I have a hiatus from the show coming up and after shooting a Good Morning America segment, my honey takes me away, and then I have a girls-only spa weekend planned. When I get back, I’m jumping into my projects related to home and garden.

Andrew and his family have a longstanding connection to politics. Do you have any political ambitions?

No, I leave that to him. We know our roles, which are defined perfectly. I tell him [that] if he wants to come in the kitchen he can wash the dishes.

You didn’t mention Andrew in your book.

No, I didn’t, but his dad was one of the people who edited my book for me.

No pressure there, having Mario Cuomo edit your work!

Your book describes, in eye-opening detail, your rough childhood with your mom and her suicide attempt, then moving in with your dad who was eventually convicted of sexual assault with a woman. You overcame so much adversity. If you could pick one point to leave your readers with, what would it be?

I really want others to know that no matter who you are or where you come from, you can wind up being anything or anyone you want to be. There’s an art to living a good life. Life is what you make of it.