A good night’s sleep is a joy to experience—and could have short- or long-term effects on your health and wellness. 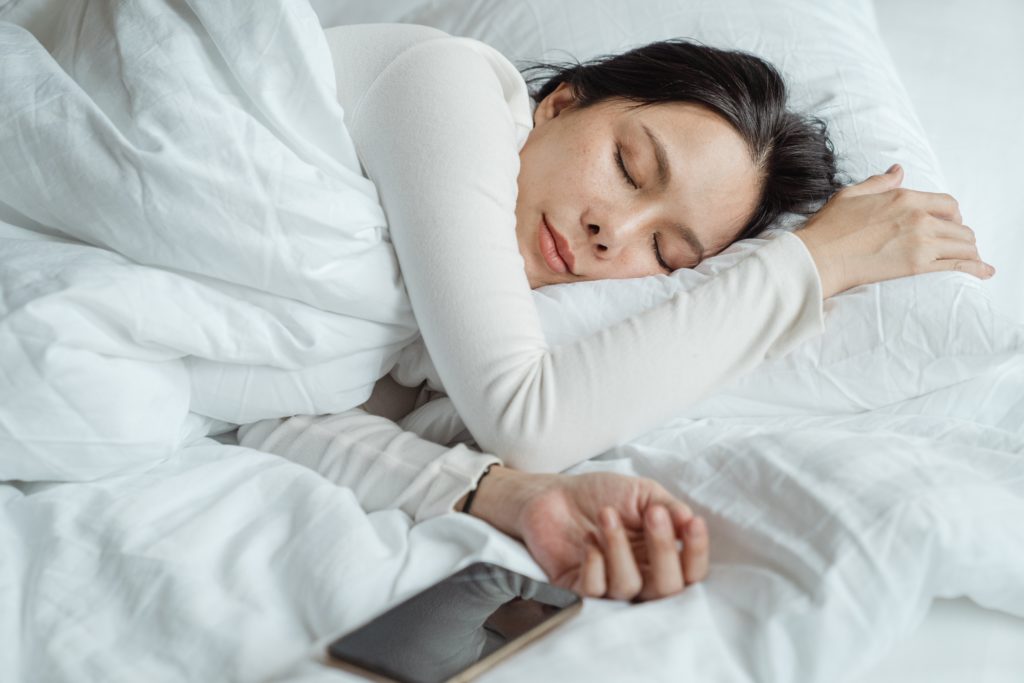 The red LED display reads 3:30am. You went to sleep at 10pm, so what is keeping you wide awake now?

Or maybe you can’t get to sleep before 1 or 2 o’clock in the morning and then have trouble being alert for that important Zoom meeting at 9am.

Perhaps what is keeping you awake is insomnia, sleep apnea or some other form of sleep disorder.

Sleep—and sleeplessness—play a significant role in our overall health and wellness. Figuring out how to get the maximum amount of good sleep is key to optimizing the beneficial effects on our brains and bodies.

The good news is, experts such as Dr. Michael Jaffee, an associate professor and vice chair in the department of neurology at the University of Florida and who is affiliated with the UF Health Sleep Center, can offer support to help you slumber.

“Sleep is very important for all of our body’s functions and for our brain to work optimally,” states Jaffee, who is board certified in neurology, psychiatry, sleep medicine and brain injury medicine. “We know that people who are not getting enough sleep have some increased risk of developing heart disease, high blood pressure and diabetes. It can affect metabolism, muscle mass and the way our brain is functioning optimally.”

Jaffee says one of the more interesting findings in the past several years is that, especially in older individuals, sleep plays a very important role in getting rid of abnormal proteins in the brain, such as amyloid.

“The build-up of amyloid can be implicated in Alzheimer’s disease,” he explains. “So, as part of brain health, sleep plays a very important role. Sleep basically washes out abnormal proteins and also improves the way our brain cells communicate with each other by cleaning out and re-setting synapses, the connections between brain cells.  This helps the next day for our brains to work more efficiently. If you’re not getting enough sleep, it can affect cognition, mood and performance. Getting enough quality sleep is a very important part of wellness and brain health.”

Jaffee says studies show that more than a third of people in the United States may not be getting an optimal amount of sleep. 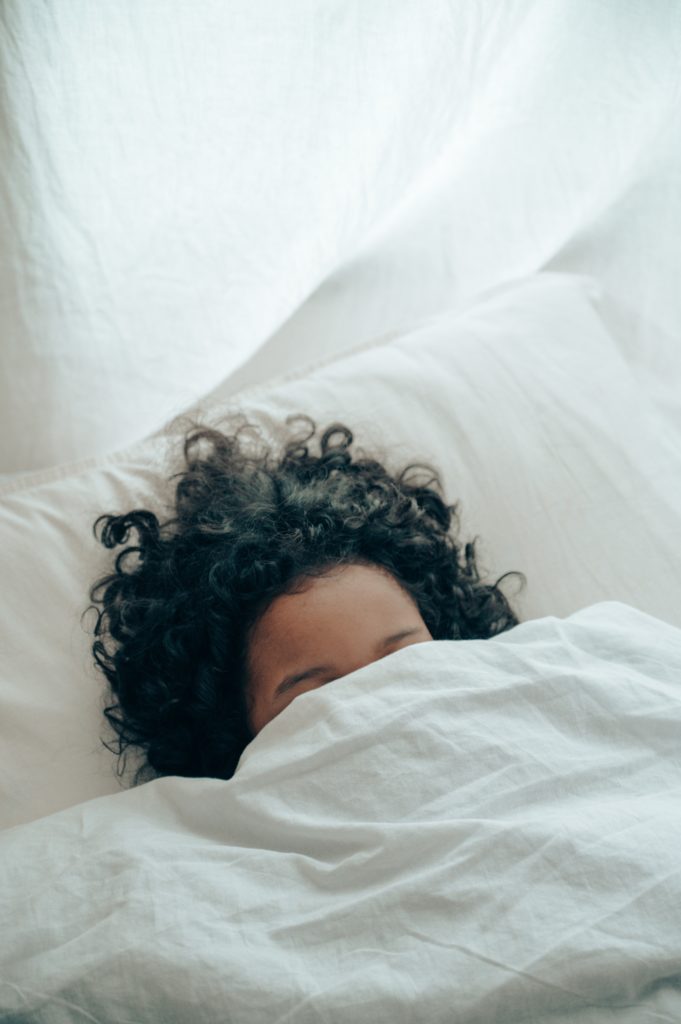 “That recommendation for adults is at least seven hours of sleep a night,” he says. “Reviews have shown that consistently getting less than six hours a night is incompatible to sustain health.”

One of the most common sleep disorders is insomnia, which Jaffee describes as having trouble getting to sleep, trouble staying asleep, or both.

“The population that is sleep deprived has changed a lot. In the 1940s, well over 80 percent of people were getting enough sleep, but in our modern era we have over a third of people who are not,” Jaffee offers. “Part of what’s happening is the demands of modern society sort of take control over our lives. Turning off personal electronics at night would help. One survey showed that a third of people kept their phone with them, beeping and doing whatever it does through the night. I recommend putting it in another room so even if you wake up, you’re not tempted to look at it.”

Jaffee also recommends keeping your bedroom cool and taking a hot shower or bath before bedtime as “our body responds to decreasing temperature as a signal for sleep.”

And, he advises, create a “sleep sanctuary for yourself so light can’t sneak in or sounds can’t sneak in. If that means having to use a sleep mask or ear plugs, so be it.”

He also advocates for keeping a regular schedule of bed and wake time, even on weekends when you might be tempted to stay up late to catch that new movie. And speaking of movies and TV shows, try to avoid “watching something that is emotionally going to push your buttons or something exciting right before bedtime.”

“Along those lines, there is a biological reason why we should be avoiding things like computers and smart phones one to two hours before bedtime,” he adds. “Those kinds of electronics emanate a blue light, which is very specific in suppressing the body’s natural release of melatonin.”

Light comes in different visible and nonvisible wavelengths and energies. Blue light has a shorter wavelength and more energy. Increased usage of digital media (smart phones, laptops, etc.) elevates exposure to blue light and that can impact the circadian rhythms that control your sleep cycle and increase the time it takes to fall asleep.

“There are some medical reasons to be treated for sleep apnea,” Jaffee states. “I think it’s important to be diagnosed—and be diagnosed early. We know that people who have untreated sleep apnea have higher risks of developing heart arrhythmias, higher risks of blood pressure being unable to be managed with medication, and a higher risk of heart disease and strokes down the line. There is a lot of objective and good medical evidence to get sleep apnea treated as this is a controllable risk factor for heart disease and stroke. Most of the people who are treated say they feel better and more rested. We now have better technology for treatments and we’re hoping that treatment of sleep apnea can do a lot more for preventive health. We know that is going to not only make you feel better in the short term, but help prevent longer term medical complications. I will add that success with using a CPAP depends on close adjustments and follow up. That is something the UF center for sleep disorders does take seriously in wanting to keep monitoring closely until we know the person is comfortable and able to sustain the treatment.” 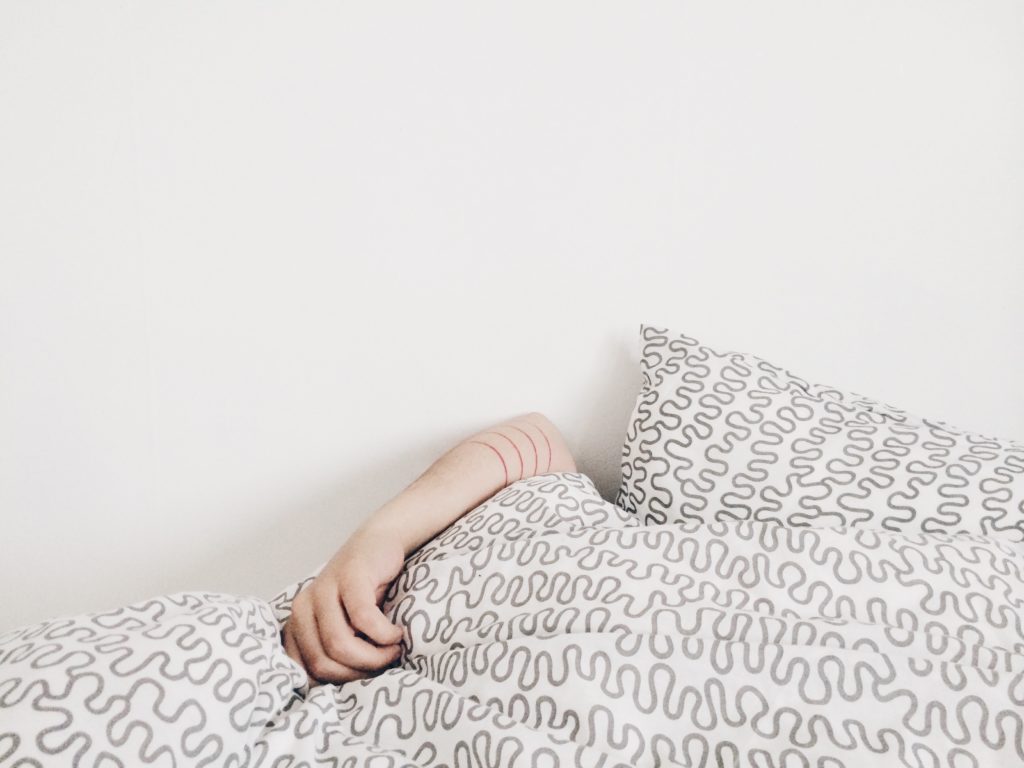 Whatever it is that is keeping you from achieving good sleep, Jaffee says his number one recommendation is to identify the disorder, if there is one.

“That would be with the aid of a physician,” he offers. “The way I think about different sleep disorders is those disorders that can affect quantity, like not getting enough sleep, and those that can affect quality, meaning that even if you’re getting enough sleep, it’s not quality kind of sleep. And what a sleep doctor can also help with is to identify other medical conditions or medications that can be playing a role in affecting sleep and trying to find a way to better address these.”

He says that, in the long run, most physicians don’t recommend certain sleep medicines beyond a couple of weeks.

“The current number one recommended treatment for chronic insomnia are some behavioral sleep techniques that have been shown to be quite effective to help retrain the brain and the body to sleep better,” he notes. “A number of evidence-based techniques are referred to as cognitive behavioral therapy of insomnia (CBTI). For people with insomnia, these techniques have been shown to be more effective than just being given instructions in sleep hygiene or healthy sleep habits. Most clinical guidelines recommend CBTI for people suffering from chronic insomnia. We have a number of specialists who have done extra training in some of these techniques.”

CBTI, which could include such techniques as sleep restriction and stimulus control, seeks to address the underlying causes of insomnia through cognitive, behavioral and psychoeducational approaches.

“The UF Sleep Center is a comprehensive, multidisciplinary center where we can fully assess anyone who is having difficulty with sleep, either in quantity or quality, or sleep timing,” Jaffee says. “Some people have sleep timing or circadian issues, where they might fall asleep earlier in the evening, say 7 or 8 o’clock, and wake up in the early hours. They may have slept seven or eight hours and feel just fine, it’s just that their timing is a little off. That is called advanced sleep phase disorder. It tends to appear more in older individuals, whereas teenagers are biologically prone to have a delayed sleep phase disorder where they may not be able to fall asleep until after midnight. If they are able to sleep in, they’ll sleep the full amount of time they need. It’s just that, oftentimes, the demands of school and society get in the way and they have to get up.”

Jaffee says the most common way to get a sleep study done is to be referred by a primary care physician. At the UF Sleep Center, most clients spend one night in rooms similar to a hotel room.

“The study does involve a number of electrodes being hooked up to your scalp to study your brain waves, and monitors for your breathing,” Jaffee shares. “Most people think they would never sleep that way, but you’d be surprised that almost all of them do and this allows us to develop an individualized understanding and tailored plan for each patient.”