“Following this year’s festival, I talked with a group of young volunteers from Forest High School’s culinary program who worked very hard helping us out during the festival,” says Jennifer Murty, co-founder of the Ocala Culinary Festival. “They felt that they had contributed to the start of something great with all their hard work. Most of them had the chance to taste and experience food they might never have otherwise had a chance to taste. Their excitement touched my heart and encouraged me to press forward planning another year.”

The inaugural Ocala Culinary Festival took place during the first week of March 2017, and Murty says it was a resounding success for the entire community. Festivalgoers attended from around the world, and area and attending chefs were showcased for local and international foodies alike. Money was raised for area nonprofits, and festivalgoers infused more than a quarter of a million dollars into the local economy.

The festival was founded and planned by Murty and her close friend, Elodie Perron. Perron and her husband, Patrice, own La Cuisine restaurant in Ocala.

“As Elodie and I planned the festival, we realized we could use it as a tool to help causes we are passionate about. For our first year, we are proud that we were able to raise as much money as we did for charitable causes, but we hope this coming year to raise a lot more. Particularly at the Grand Tasting for the Food4Kids backpack program. Last year we raised approximately $3,000, and our goal is three times that amount going into our second year.”

The five-day festival hosted 16 events in such varied places as the Appleton Museum of Art, the Reilly Arts Center and Clear Creek Farm. Murty says, “Our goal is to provide a platform for extraordinary talent to convene in Ocala and Marion County for the purpose of creating unforgettable culinary experiences. We think Ocala’s southern hospitality is the perfect venue for this type of event.”

Food and wine enthusiasts from all over the United States and Europe came to taste the best the festival had to offer… and they agree.

“The survey we took following the festival proved what we saw during the events—people loved the food, the wine, the atmosphere… they even took the time to make suggestions on what they’d like to see happen during the second festival year,” says Murty.

The 2017-18 festival will take place from April 11-15, 2018, and the kickoff event for this season took place this past October 20 with La Noche en Broadway, a street party event that was held in front of Brick City for the Arts. This ticketed event featured authentic Spanish cuisine along with Spanish sherry and brandy tastings.

“Last year and this year we put out a call to local artists to produce a poster for the next year’s festival,” says Murty. “During this year’s kickoff event, we revealed the winning artist’s work and also officially unveiled the 2018 Ocala Culinary Festival schedule of events. The kickoff event included fine Spanish foods prepared by some of the area’s best chefs, excellent Spanish sherries and brandies that aren’t commonly found here. A portion of the proceeds from the event benefited the Marion Cultural Alliance.”

Murty says that tickets for the 2018 April festival became available online to the general public on November 1. In the future, anyone interested in gaining access to tickets earlier can become “Friends of the Festival” by applying online. Friends of the Festival is a paid sponsorship, and patrons receive a quarterly newsletter, invitations to private festival events and other worthwhile benefits.

Murty and Perron hope to expand the festival each successive year until it is the premier culinary festival in the nation.

“Our goal is to put Ocala on the food map around the world. Jennifer and I came up with the idea for the Ocala festival while attending the Charleston Food and Wine Festival, and we want our festival to be known as an international festival,” Perron says. “We did a lot of research to put the Ocala festival together. We looked at festivals across the country, and our goal was—and is—to bring together the best aspects of each one. Our festival is modeled heavily after the Charleston festival, and we hope to improve in every way as we move forward. We really want to expand the palates of locals and inspire area chefs with the excellent cuisine we offer from our international guest chefs.”

This year’s festival will also take place over five days and has a little something special for everyone.

“We have some great people and events lined up for the 2018 festival,” says Murty. “Award-winning mixologist Brenda Terry of Tampa Yacht & Country Club will be the Official Mixologist. She will be creating new cocktails and sharing a few of her mixing secrets with festivalgoers. After falling in love with Ocala during the inaugural festival, Shelby Goelz, the 2017 Official Mixologist from Edison: Food + Drink Lab, will be returning with some exciting new cocktail concoctions up her sleeve. Award-winning Chef Brian Whittington from Preserved Restaurant in St. Augustine will return for a second year, hosting a special dinner held at the head of the Silver Springs. Robin Lindars, the ‘Grill Girl’ behind grillgirl.com, will be sharing her expertise at women’s grill clinics at Trilogy Ocala Preserve. Keith Lorren, affectionately known as ‘The King of Spice,’ will be teaching how to cook with legal hemp extracts and flavonoids. And acclaimed Napa Valley vintners, The Wagner Family of Wine, producers of Caymus Vineyards fine wines, will be offering a daytime tasting experience.”

The popularity of such well-known mixologists, chefs and vintners, along with limited seating at some venues, could mean that tickets will sell out quickly.

“We worked hard to create a festival lineup that allowed for one-on-one time with the participating culinary talent,” Murty says. “This means that some of the events, particularly the ones educational in nature, are very limited in size. Because this is the case, you don’t want to wait too long to purchase certain tickets.”

Not only will international and visiting chefs be on center stage for area foodies, local chefs will have their chance to shine also.

“We are adding a local challenge this year,” Perron says. “We are challenging our area chefs to prepare a five-course dinner at their restaurant using the most locally produced ingredients as possible. It should be a lot of fun and will be on par with our finest events. The Grand Tasting event, the highlight of the festival, will be held at Tuscawilla Park again this year and will include a Rosé garden and live cooking demonstration.”

Perron says festival organizers have planned one new event that has them all very excited. 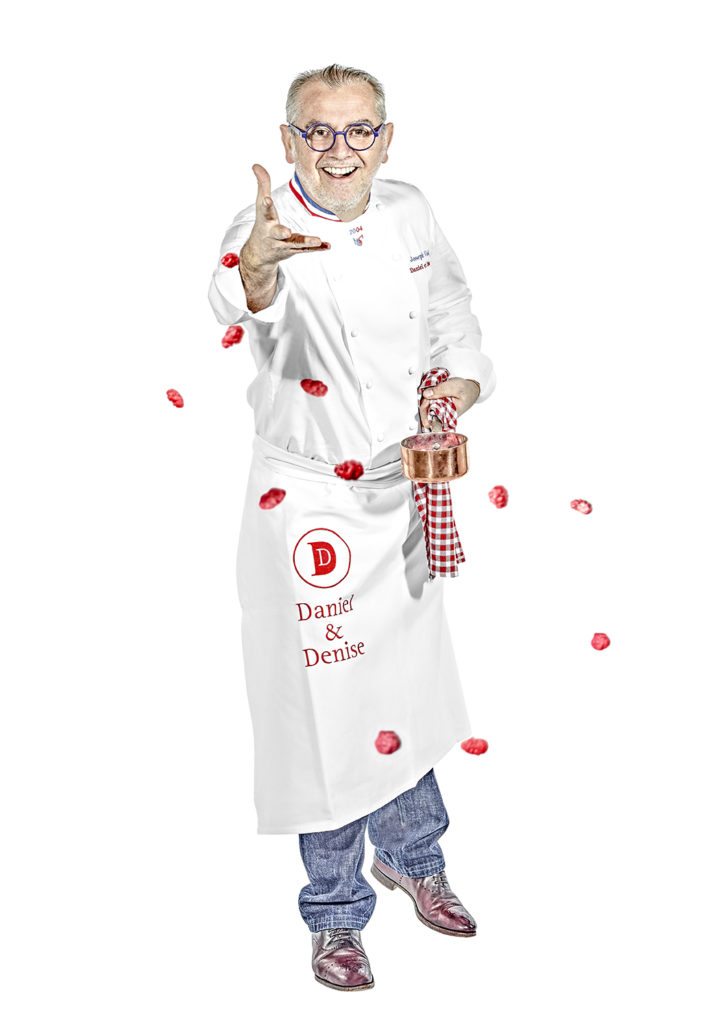 “We plan to turn Citizens’ Circle into Lyon, France for one night of the festival,” she says. “Lyon has a Festival of Lights each year, and we want to recreate that here. What’s really exciting is that we will have Chef Joseph Viola visiting from Lyon to participate in the festival. Chef Viola is an MOF (Un des Meilleurs Ouvriers de France), one of the highest-ratings a French chef can attain. His presence here will give Ocala huge international acclaim, and what makes it so exciting is that this is the first time that Chef Viola will cook in America. He has visited the United States before, but he has never cooked here. This is the type of event Jennifer and I want to bring to the Ocala festival, and we will try each year to bring something new and exciting.”

According to Murty, every successful culinary festival has an acclaimed food magazine as a national media sponsor. The Ocala Culinary Festival’s sponsor is The Local Palate, a highly regarded southern food magazine. She says that the magazine will have an even greater role in the upcoming festival, and they are very excited to have them as a sponsor. On a local level, Ocala Style Magazine is the exclusive local magazine sponsor of the Ocala Culinary Festival. Stay tuned to Ocala Style’s Facebook page for up-to-the-minute news leading up to the festival, and look for a feature story on all the last-minute festival details in the March issue of Ocala Style.

Murty says events will be held throughout the Ocala and Marion County area, and in some instances, venues will not be disclosed until tickets are purchased. Tickets must be purchased online at ocalaculinaryfestival.com, festival attendees must be 21 years of age or older to attend any of the festival events and no pets are allowed. Some events are casual, while others are not. Perron says to check the website for information concerning the proper dress for each event. Ticket sales are nonrefundable, and ticket buyers need to remember that, even though the organizers love children, they cannot attend the festival.

“We have had unbelievable community support, and the success of our first festival was fantastic,” Murty says. “Our goal is simply to make the Ocala Culinary Festival bigger and better each successive year.”

2017 Ocala Culinary Festival By The Numbers

742: Tickets sold for the inaugural event