Many people don’t equate “science” with “fun.” Nor do they actively seek out science-based websites or organizations to help with projects that seem vastly unrelated to science. And although the Institute For Human & Machine Cognition (IHMC) can boast groundbreaking research in a wide array of fields, a large part of the not-for-profit institute’s work can be utilized by everyone—from teachers looking to help their students succeed in the classroom to the CEO of a company who wants to increase team-building skills among employees. 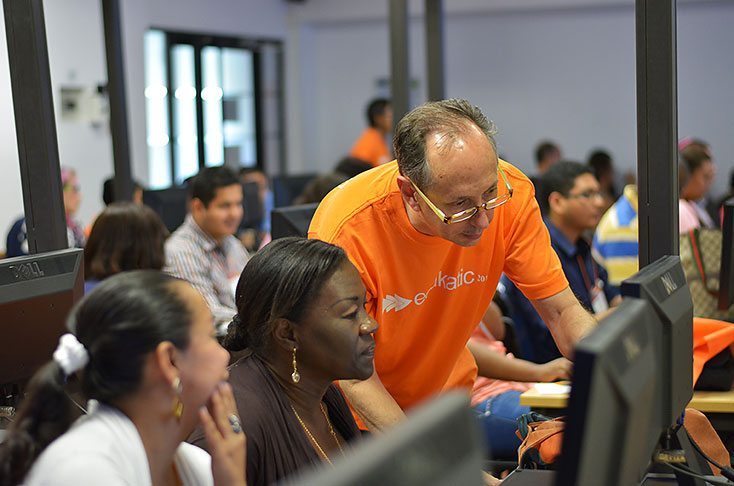 Co-Founder and Associate Director of IHMC Alberto J. Cañas explains that the concept map, although in existence since the 1970s, is becoming a more utilized tool today, as individuals from all walks of life are starting to understand its usefulness.

“The concept map is an excellent brainstorming, assessment, planning, collaboration and learning tool,” explains Alberto. His background in education consistently fuels his desire to educate the world on the usefulness of the product.

For those who have never heard of a concept map, Alberto describes it as a graphic representation or diagram that allows someone to demonstrate their knowledge on a particular topic. The main concepts that express a subject matter or answer a focus question are enclosed in boxes and linked together with a short and concise linking phrase. A rich concept map includes a clear flow from concept to concept, resulting in a diagram that reflects the individual’s or group’s knowledge of a subject area.

“The concept map can be used in any domain,” explains Alberto. He uses the example of an elementary school-aged child studying volcanoes who wants to construct a concept map based on the knowledge he or she already has on the topic. That same student now has a graphic representation of his or her current knowledge on the topic and can further their understanding by delving deeper. Alberto goes on to describe NASA’s use of the concept map in explaining the Asteroid Redirect Mission (ARM), which is to be the first-ever robotic mission to visit a large near-Earth asteroid with the intent of collecting a multi-ton boulder and redirecting it into a stable orbit around the moon suitable for astronaut exploration.

“The concept map can be used by anyone in any domain anywhere in the world; it is extremely useful,” says Alberto.

To help with the construction of a rich concept map, IHMC offers CmapTools, a unique software program that enables individuals or groups to develop their own maps. The software allows linking files directly onto the map, which not only creates a more complete map but also creates more dialogue among individuals with whom the map is shared.

“Maps can be shared and annotated by people all over the world,” explains Alberto.

Various versions of the software are available from IHMC’s website and can be downloaded to a personal computer, iPad or accessed in the cloud, which allows maps to be shared and worked on by others anywhere in the world.

Concept mapping, however, is only one aspect of IMHC’s work. Randy Hammer, communications director at IHMC, explains the work among IHMC’s scientists is quite varied yet focuses on enhancing human performance and resilience through the help of technology.

IHMC hosts a popular evening lecture series at both the Ocala and Pensacola locations. However, after noticing the majority of attendees were older individuals, IHMC launched its podcast series, STEM-Talk, in March 2016.

“We wanted young people to get excited about science,” says Randy. The podcasts are aired every two weeks and topics vary, covering everything from artificial intelligence to nutrition and health.

“It basically feels like you are eavesdropping on two scientists talking,” says Randy, who adds that some conversations can get quite technical, while others are more lighthearted. Since STEM-Talk’s debut, over a half-million episodes have been downloaded, and the podcast currently ranks among the top science-based podcasts available.

“We are a global research center, so we have people from all over the world on the show, not just from the local Florida market,” says Randy. The podcasts are meant as an outlet for scientists to tell their stories while simultaneously reaching younger audiences who often turn to podcasts as a source for information and entertainment.

Although each podcast has something to offer, Randy says the health and fitness episodes tend to be the most popular. He says, “Diet and exercise-based podcasts tend to rank high; however, we have one coming up toward late August or early September on artificial intelligence that will be truly fascinating!”

Learn more › For more information on IHMC and its various programs, visit ihmc.us.

IHMC hosts a variety of outreach programs aimed at inspiring people of all ages to become interested and excited about science. Along with the evening lecture series and podcasts, third-, fourth- and fifth-grade students are invited to IHMC one Saturday a month throughout the school year to take part in the institute’s Science Saturday program. Both the Pensacola and Ocala locations host a Robotics Summer Camp for middle school students, and newsletters are published throughout the year describing some of the newest research underway at IHMC. For more information on any of these outreach programs, visit ihmc.us.