In 1887 Clermont was still predominately wilderness with rugged pioneers, who often traveled on nothing more than Indian trails for roads.

They raised cattle, hogs, chickens, their own vegetables, and sweeteners. Even their clothing came from hand-loomed cotton, grown in their own fields.

Into this untamed land with families living miles a part, came James and Sally Townsend.

They planned to be farmers, too, but they were different in that they were black. With racial tensions especially high in the South just two decades after the Civil War, the Townsends managed to carve out a good life, not only for themselves, but for others—both white and black.

“In 1887, when they came here there were many prejudices against black people, but James and Sally had the will and determination,” says Dolores Walker, secretary-treasurer of the South Lake Historical Society. “They learned to work around prejudices.”

It didn’t take Sally long to realize she wanted to do more than farm.

She spent 14 hours on horseback to get from Clermont to Orlando, where she trained to become a midwife.

“In those days, you didn’t just go for the day. You took provisions and stayed over,” says Dolores.

Sally’s training was successful. She went into homes, delivering about 1,000 babies in her lifetime, both white and black.

“Sally never made any difference between black and white,” says Dolores. “She was just an angel.”

In 1925 the editor of the Clermont Press published these words and much more on Sally:

“Within the population of Clermont there lives a modest, unassuming soul who for 30 years and more has been one of the most important characters in the community. Called from her bed at all hours in the night, away from her family more than she was with them, frequently for many hours without sleep.”

James even built Sally a second door from their shared bedroom to the outside, so that when night callers needed to rouse her from sleep to come deliver a baby, it wouldn’t disturb their four children.

Of course, James must have been awoken plenty as he and Sally shared the same bed.

“At least it wouldn’t be waking the kids,” says Louise Stockton, president of SLHS.

“Several of my own friends were delivered by her,” says Dolores. “And she didn’t just come in like a doctor. She wouldn’t come just for the delivery. She’d stay for several days afterward and help with household things.”

Sally would also stay to give new mothers advice and assistance on health, nutrition, and daily tasks for their newborns.

James and Sally were Clermont’s first black settlers and were self-starters in almost all other respects. They also were a unifying force in the community.

They started the first school for black children and the first black church, which still exists today.

The church is St. Marks African Methodist Episcopal Church. Upon arriving in Clermont, their very first task was to start the church.

“It was one of the first churches of any kind in Clermont,” says Louise.

“They were godly people,” adds Dolores. “They saw the importance of working at a good life, a calm and peaceful life.”

“James was born into slavery. He was just a small child at the end of the Civil War,” says Louise. “But somewhere along the line, he got an education. He was a teacher and a minister; he could read and write.”

No one knows where James and Sally were born, or if he was confined to the life of a slave very long. Slaves were freed at different times throughout the United States. James died in 1940.

Even with her lifetime partner gone, Sally was just getting started. Born in 1873, she was 13 years James’ junior.

“She had a lot of life left after he died,” says Louise. 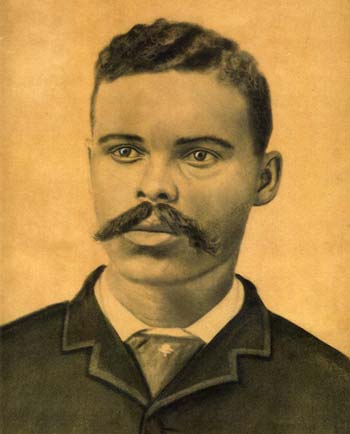 James Townsend and his wife Sally were Clermont’s first black settlers.
Not only was she the area’s first midwife, but the couple
also started St. Marks African Methodist Episcopal Church,
which still exists today.

In 1941 Sally opened a maternity clinic in Clermont for black women, but she likely serviced other races as well. Black women were often victims of poverty and needed a facility.

Dolores knew Sally when Sally was an older woman, and at the time—late 1940s to early 1950s—Dolores worked at the local hospital, South Lake Memorial Hospital.

“I was the hospital’s first paid bookkeeper,” says Dolores. “I admired her for her work. I knew what Sally provided at her little clinic was the care that they could not afford to pay for at the hospital.”

Sally continued her midwife work until her health became an obstacle—a few years before her death in 1954 at age 81.

Her funeral was held in the First Methodist Church of Clermont and was attended by more than 400 people, both black and white—another example of how the Townsends were a unifying force in Clermont.

“That was just the Townsends,” says Louise. “They were full of dreams and ambitions, and they acted on them.”