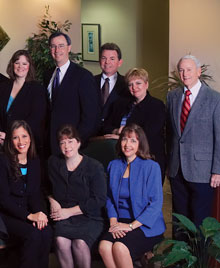 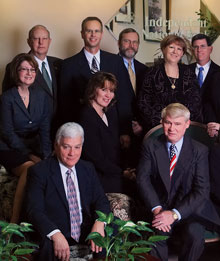 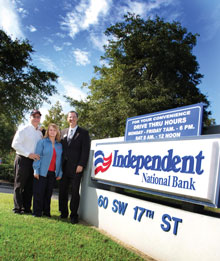 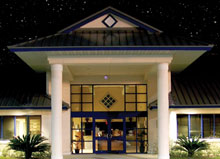 Twenty years is a long time. That’s why it’s so impressive that one of the oldest banks headquartered in Ocala, Independent National Bank, is celebrating two decades of serving area residents.

“The five of us knew each other and we got together to get a state-chartered, home-owned and operated bank in Ocala,” says former Chairman Billy Gadd. “It was a long process. We had to crawl before we could walk and walk before we could run.”

Billy adds that as a small start-up company, those involved had to wear many hats and be cross-trained in multiple aspects of the business.

“I was responsible for approving loans and also for going out and inspecting construction sites to make sure they were at the correct level to draw a check,” he says. “I went all over the county doing that.”

Two decades later, Billy is still proud to be associated with the bank as a board member, and has seen the bank grow to $215 million in assets.

When Robert A. Ellinor retired in 2006 after eighteen years of service to the bank, he and the board of directors brought in veteran banker Mark Imes. With twenty years in the banking industry, Mark is a “hands on” president and CEO who believes first and foremost in customer service.

“It’s wonderful to be here,” Mark says. “We are a small bank that takes care of our customers. We pride ourselves on personal service. You will never be greeted by a phone recording, we learn client’s names, and we’re involved in the community. That’s what it’s all about.”

Mark says people are often amazed when they walk into the bank and see him sitting in his office with the door open. But that’s just the kind of bank this is.

“I am aware of what’s going on out in the lobby,” Mark says. “I’m accessible. People know my name and pop in to say ‘hi.’ Often, banks get too big too fast and lose touch with their customers.

“We’re going to grow slowly and steadily,” he continues. “We don’t want to grow so fast that we outrun our ability to take care of our customers. We have a real responsibility to the people who bank with us.”

At Independent National Bank, it’s the little things that count—like the Christmas Club. An old-time concept, the Christmas Club is a no-fee savings plan that allows customers to put away money each week for the holidays—eliminating the need to put holiday expenses on credit cards. It’s just one of the many ways Independent National Bank puts their customers’ needs first.

In honor of the 20th anniversary of the bank, Mark is excited to mention a few changes that have gone into effect at Independent National Bank. In keeping with the spirit of customer service, the bank has not only revamped its logo to show its support of our (and their) independence, it has also re-designed bank statements and the banking Web site to better serve clients.

“Our Web site is state-of-the-art,” Mark says. “There’s a lot of progress in technology, and we felt it important to be on the cutting edge. Not only can you check your accounts, transfer funds, and set up bill payments, but also you can see your balances in real time and interface with a variety of accounting software to manage your finances.”

As an established local bank, Independent National Bank is a publicly traded company, giving it substantial credibility in the banking world.

“As an organization, we have a lot of accountability,” says Mark. “We’re a national bank regulated by the Comptroller of the Currency, we’re a public company registered with the Securities and Exchange Commission, and we’re transparent through public files.”

“But, perhaps more important to our customers, is that all loan decisions are made right here in Ocala. We don’t have to call and ask an out-of-town home office for permission… we are the home office,” says Mark.

And just like you, the executives who make up Independent National Bank’s board of directors live right here in Marion County—that’s why it’s no surprise that this bank is very visible in local organizations, including United Way and Kids Central.

“All of our business exists within the Marion County area,” says Mark. “It’s important for us to be involved and help make our community stronger. Our success relies on Marion County’s success.”

Mark says that staying grounded, doing good things for other people, and supporting the area economy are number one priorities.

“We use local merchants as often as possible,” he says. “We utilize local companies for office supplies, advertising, printing, and construction needs.”

“I opened a personal account there the month the bank opened,” says Marcia. “And I’ve been there ever since. We are treated as people, not numbers. We are smiled at and remembered, and they always have time for us. Even though they’ve grown, you still feel at home when you walk into Independent National Bank. I would and do recommend them to anyone.”