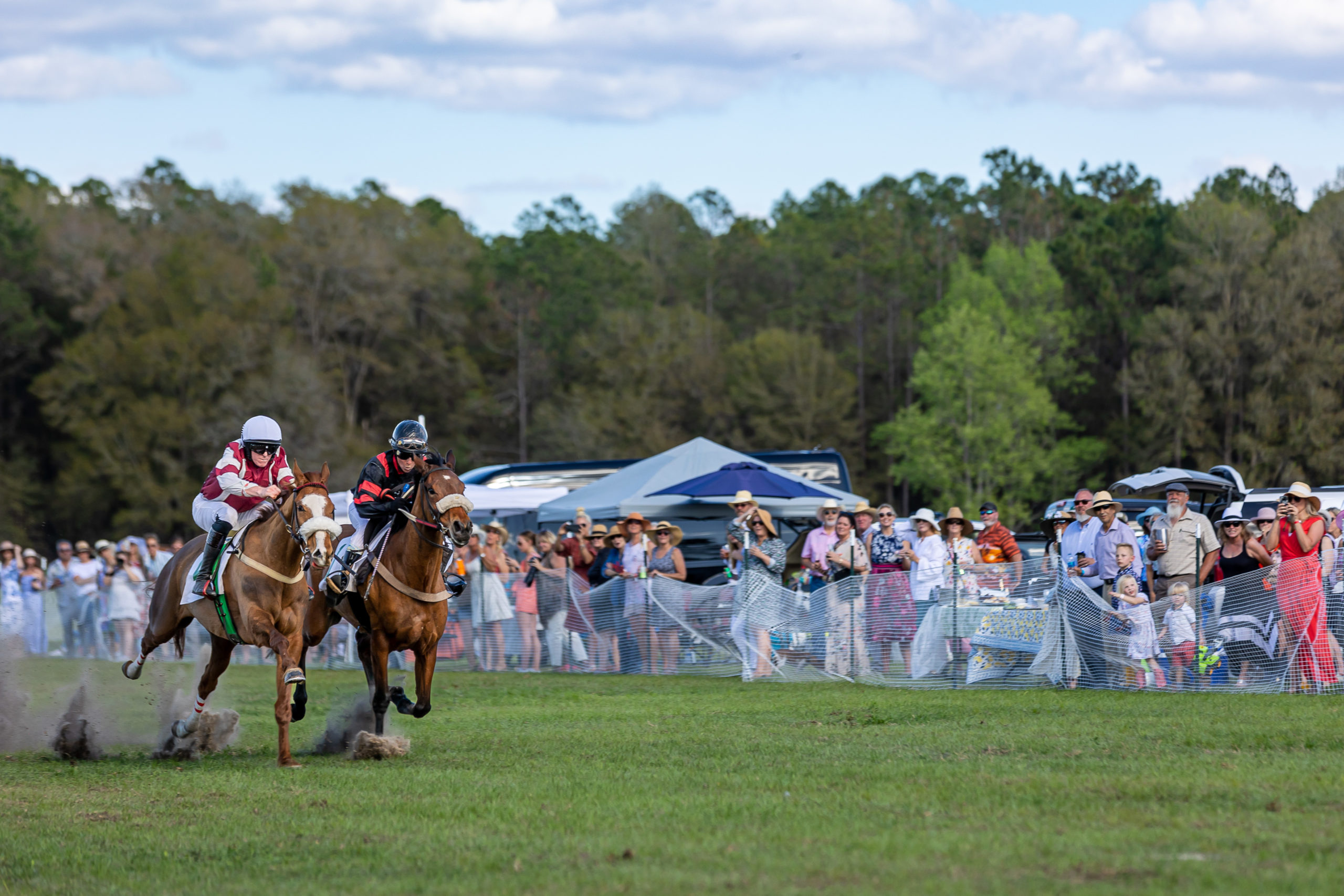 Equine racing, tailgating and even fashions on the field thrill participants and attendees.

On a sun-splashed Saturday afternoon March 5th, steeplechase racing returned to Florida with the inaugural running of The Florida Steeplechase at the Florida Horse Park. The festive event, co-founded by Macauley and Berry, proved a hit for participants and attendees alike, suggesting that the day of steeplechase racing might become a permanent fixture on the sport’s annual calendar.

In the works since 2020, The Florida Steeplechase proved well worth the wait for the couple, who reside in Boynton Beach. Despite delays that stemmed from the COVID-19 pandemic, Macauley and Berry stayed the course, generated sponsorships and, two years after their original idea of bringing steeplechase racing back to the Sunshine State, executed a captivating day of competition in Ocala/Marion County, The Horse Capital of the World. Florida last hosted a steeplechase event in 2009 at The Little Everglades in Dade City, a popular meet that began in 2000 and continued through 2009.

“The day was a great success,” says Macauley of The Florida Steeplechase. “Everything went well, everyone was happy with the races. The tailgating groups had so much fun all afternoon. It was just phenomenal.”

“It was almost surreal to see the event come to fruition after so long and to see how well it was received by the local community,” offers Berry, echoing Macauley’s sentiments. “There were quite a few first-time steeplechase attendees who came, and we tried to encourage people to embrace steeplechase racing traditions like tailgating and fashions on the fi eld through our social media prior to the event. We were absolutely blown away by the response we received. From the unbelievable tailgates to the sheer number of participants we had in the fashion competition, it was fantastic to see everybody participating with such enthusiasm.” 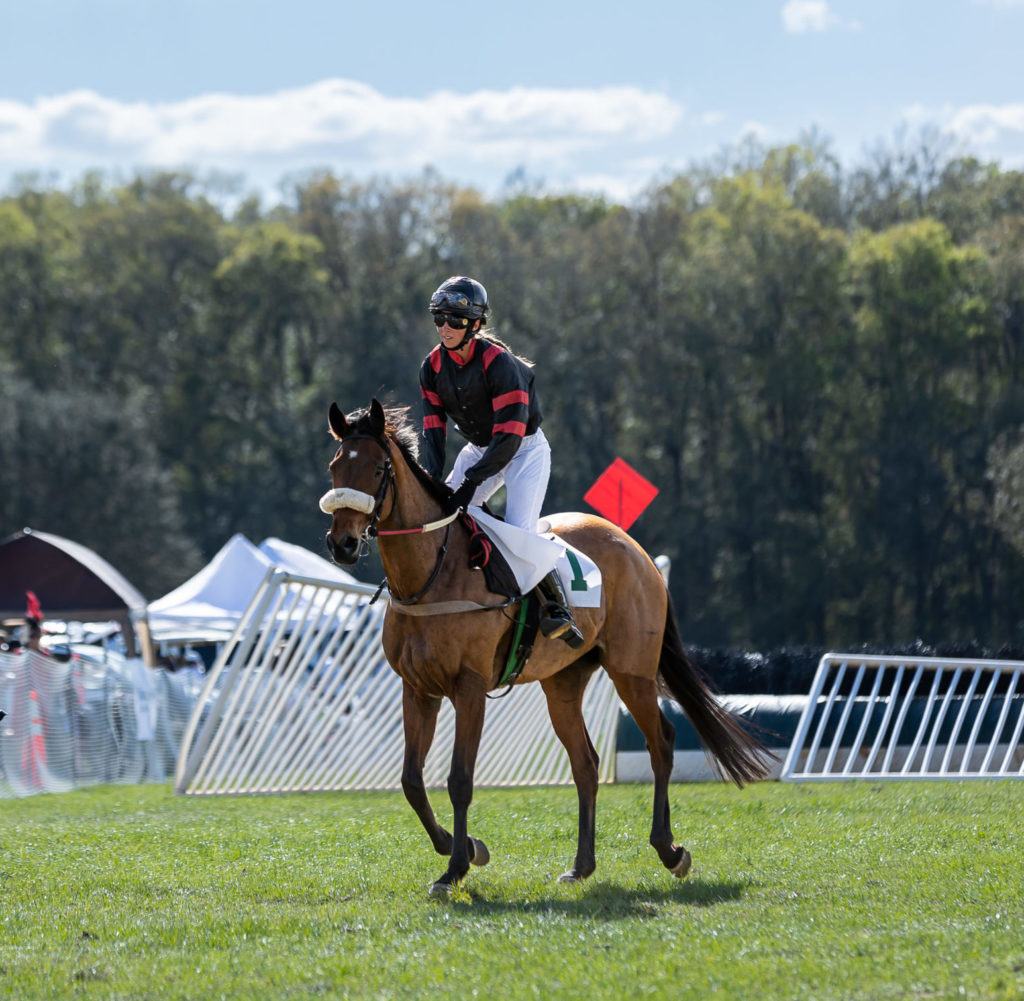 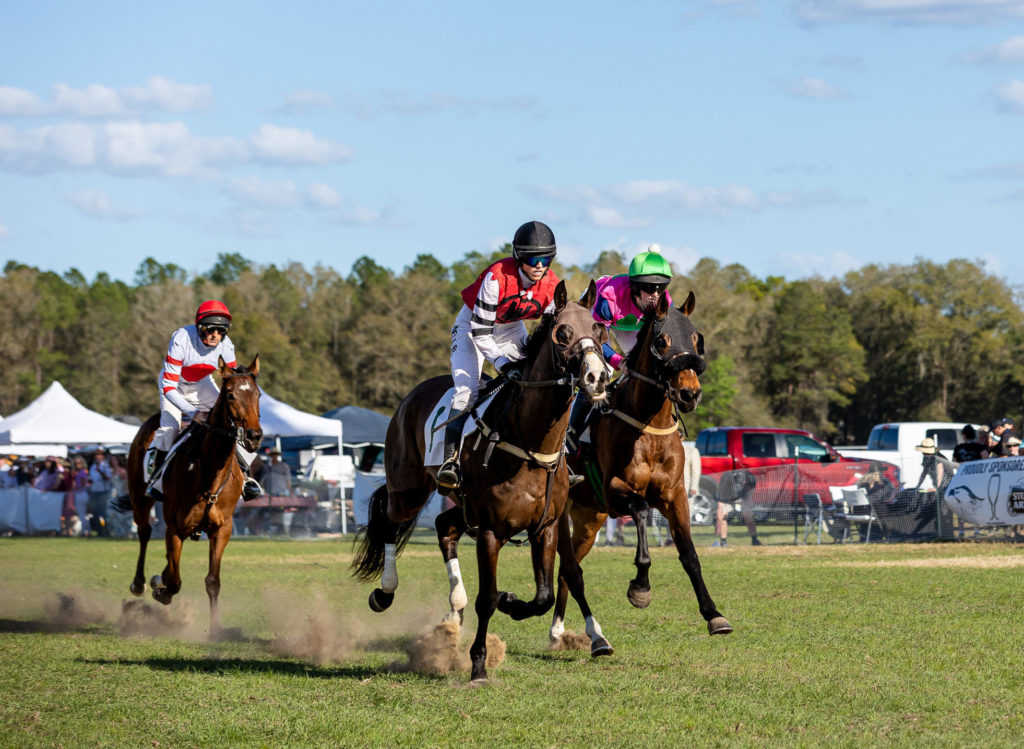 “We had small fields, but we anticipated that for this time of year,” Macauley shares. “While the fields were small, they were competitive. Every fence was exciting and we had some thrilling finishes. We are already calling on sponsors for next year’s event. We are already planning for next year. We want it to be bigger and better next year, and have a sanctioned race meet with purse money. That will lead to even larger, more competitive fields.”

Support from horse owners, trainers and riders, as well as the local equestrian community, was imperative for the initial running and is important for the long-term viability of the event. Macauley expresses gratitude for the widespread support they received and for the buy-in from horsemen, sponsors and fans.

“The horsemen were very happy, and our sponsors all had a great time in the tent,” Macauley says. “It was a positive day. We had volunteers who really looked out for us. Everyone came together to make it all happen. We are so pleased to have brought steeplechase racing to Ocala.”

Among the winners on the five-race card was Allison B. Fulmer’s The Happy Giant, who won the Brown Advisory Hurdle at the distance of two miles. Sixth in a maiden special weight race at Tampa Bay Downs in February, the 6-yearold gelded son of Frost Giant-Marquet Rate, by Marquetry, was ridden to victory by Mell Boucher, who made the trip to Ocala from Camden, South Carolina, where she is a freshman in college.

“I’ve ridden him a couple of times before,” related a jubilant Boucher moments after the victory. “I love this horse. He’s been at a flat track (Turfway Park in Kentucky) all winter, so he hasn’t jumped. He is a horse who likes to come from out of it, but in a three-horse field, it was tough to keep him covered up (racing behind horses). When I asked him a little bit at the last jump, he just took off . I am happy I got to ride him. My trip to Ocala was worth it.

“I’m thrilled that Archie and Jessica put this event together,” Boucher added. “They are giving us all a shot at another place to compete. There aren’t a lot of places (courses or race meets) that offer steeplechase racing, so it’s a big effort to put something like this together. They’ve created a great atmosphere here and I’m happy that so many people showed up to support the event. A meet like this has the potential to get a lot more people involved in our sport.”

In addition to the exciting racing action, The Florida Steeplechase also featured a host of exhibitions and competitions, including a Ladies’ Fashions on the Field contest. Celebrating fashion and millinery, the fashion competition was sponsored by Odette Boutique, which is in the World Equestrian Center. Prizes were awarded to the top three participants as voted on by Michelle Barnecett, founder and curator of Odette, Devon Zebrovious of Cherry Blossom Millinery and Louisa Barton, host of The Horse Talk Show.

South Creek Foxhounds, located in the Tampa area and Florida’s oldest foxhunting club (officially founded in 1965), was among the initial sponsors of the event. Steeplechase racing and hunting have been intrinsically linked and the hounds paraded on the racecourse between the first and second hurdle races of the day.

“Archie called me because I used to be very involved in The Little Everglades Steeplechase,” notes Vicki Reeves of the South Creek Foxhounds. “We had a group of 30 people at the event, with some opting for the Turf Club and others track-side tailgating with us and our staff. It was my first visit to The Florida Horse Park and it is just gorgeous, absolutely beautiful. The event has met all our expectations. Of course, we’d like to see a little larger turnout, but it was just the first year. It was the same thing with Little Everglades. It (The Florida Steeplechase) will grow and expand as time goes on.”

“The turnout completely exceeded expectations and we were delighted with how the event went,” Berry states. “All the races went off without a hitch and we had some very exciting close finishes. Next year we aim to run fully sanctioned by the National Steeplechase Association and off er prize money. This year was a great introduction of steeplechase racing to the Ocala community and we will spend the next year planning to grow the event significantly in 2023.

“We would like to thank all our volunteers and sponsors, without whom this event would not have been possible,” she continues. “A special thank you is owed to Mason Lampton, who in addition to being a sponsor, has been a mentor, voice of reason and a friend to us through-out this journey. The horsemen and sponsors all enjoyed themselves tremendously. They were very pleased with the event and all the horses came out of their races well.”

“When everything was said and done at the end of the day, it was a tremendous relief and a feeling of achievement,” offers Macauley. “We’re so glad that everyone had such a good time. This is just the beginning. We built the entire thing in a relatively short period of time and we produced a product that everybody loved. What everyone saw is just the start. There are bigger and better things to come.”  OS

To learn more, go to thefloridasteeplechase.com