Pro Ocala Encourages Residents And Visitors To Have Pride And Respect For The Ocala National Forest And To Take Ownership For The Health Of Our Forest. 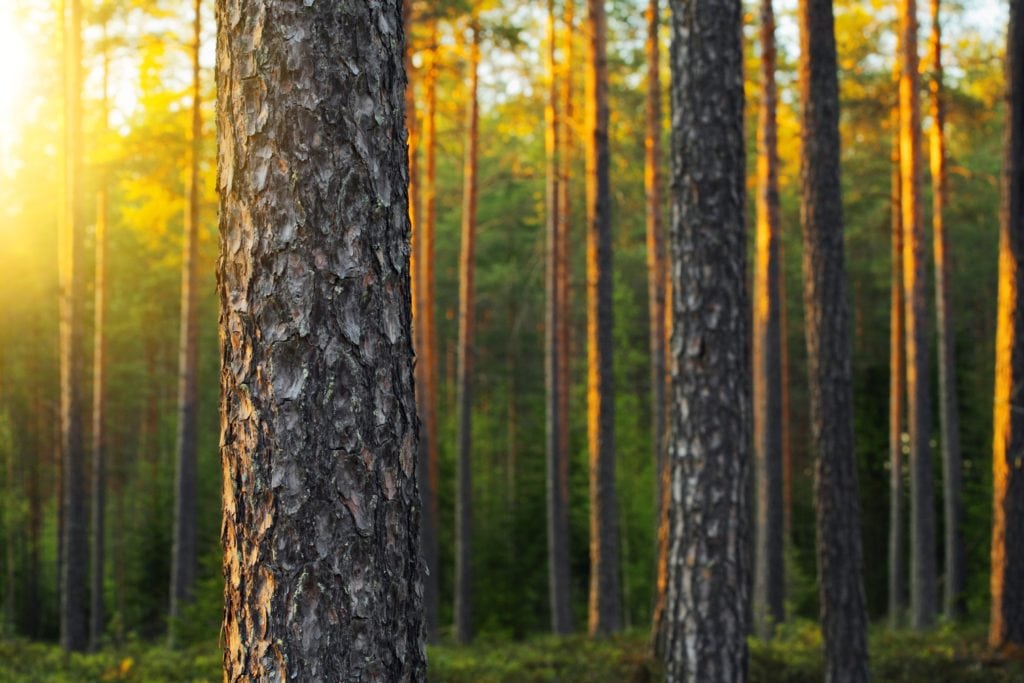 The Ocala National Forest is home to all of this—and more.

Within its boundaries lies the world’s largest concentration of sand pine, not to mention more than 600 lakes and ponds. The state’s greatest population of black bears is found in the ONF, along with white-tailed deer, wild hogs, alligators, gray and red fox, raccoons, bobcats, coyotes, river otters and more.

Millions of people visit the ONF each year, more than any other national forest in the state. Population in the counties around the forest has increased by approximately 380,000 since 2010. With that population predicted to increase by 21 percent by 2030, the number of visitors is also sure to climb. 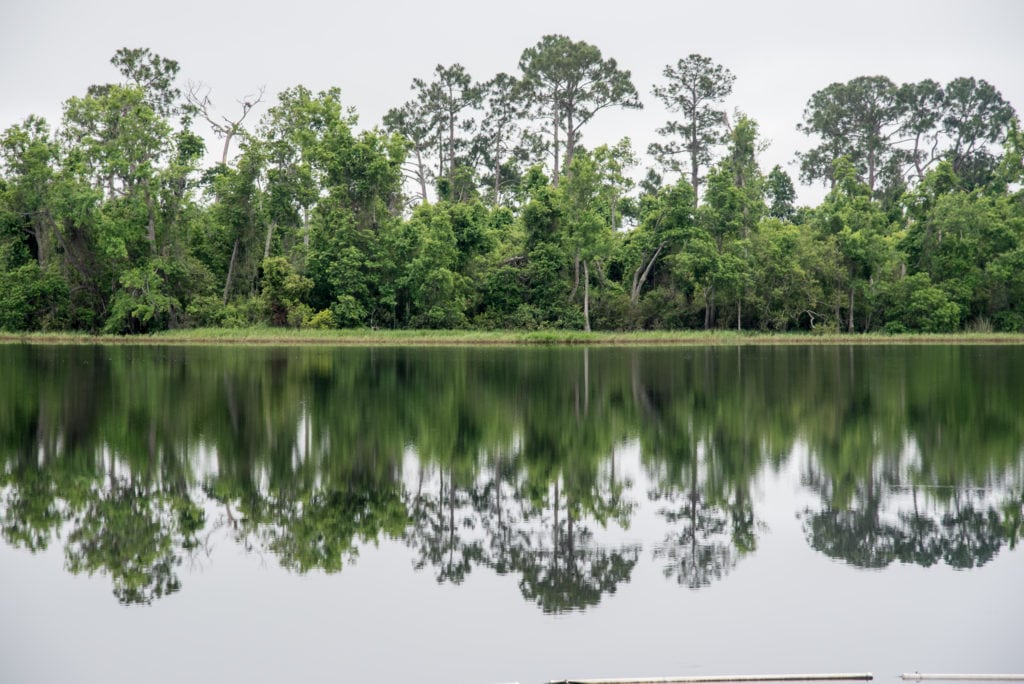 It might seem strange to think of the ONF as an “urban forest,” but that is indeed the case. Over 70 percent of forest land is within a quarter-mile of a road, and more than 45,000 homes are located within the forest boundary.

At least 1.5 million people live within a half-hour drive from the ONF, and many of them come to the forest for a variety of reasons—not all positive.

Unfortunately, there are always people who will take advantage of an area as vast as the ONF. This includes everything from violent crimes—including murder—and methamphetamine labs to unauthorized occupancy of the land, dumping trash, damaging waterways and trails with illegal off-road vehicle use, and poaching and hunting out of season or without a license.

A workshop was held in 2008 in connection with the ONF’s 100th anniversary, and although improvements are still needed and will be ongoing, PRO Ocala has been successful in all areas.

A recent report reveals that unauthorized occupancy is down 95 percent; violent crime is also down, and meth labs have been disrupted. Several known troublemakers have been banned from the ONF, and volunteers have removed 340,000 pounds of illegally dumped trash. Visible recovery of vegetation in some areas shows a decrease in damage by motorized vehicles.

The ONF has been ranked one of the state’s top destinations for “off-roading.” With approximately 200 miles of ATV/UTV trails and 81 miles of off-roading trails, there are plenty of options. Yet despite the many marked roads and trails, some people insist on forging their own paths.

“About 80 percent of the challenges we have here in the forest could be solved fairly easily if people would just stay on the designated roads and trails,” says Ocala District Ranger Carl Bauer. “People going off those roads and trails is a major problem, and it impacts everything. It threatens endangered species and their habitats, degrades water quality, spreads invasive species and negatively impacts other users. Some people do it (go off designed trails) innocently, and others just don’t care.”

Bauer notes that approximately 1,270 miles of numbered roads were designated back in 2006, and those roads prevent impacts from cross country travel that may impact the health, diversity and productivity of the forest.

“The forest is home to many threatened and endangered species, as well as over 600 lakes. The routes are designated to avoid impacting these resources,” he explains. “The diversity found here is greater than what you’d find in the Amazon. It’s a special place; there’s a lot going on ecologically, and we need to protect it. Water resources in the state of Florida are obviously critical, and the ONF is a major recharge area for the aquifers used by our neighboring communities.”

You’ve probably heard the term “mudding,” which refers to people driving off-road vehicles in water-soaked (muddy) areas for recreation. That might sound harmless until you realize one of the threatened species Bauer mentioned makes its home in those very places.

Carrie Sekerak, supervisory biologist for the USDA Forest Service, points out that there are 35 identified breeding ponds in ONF for the striped newt. She notes that the ONF is the stronghold for the species to not go extinct.

Ponds around the ONF’s Big Prairie area are important habitat for these unique amphibians, which have the remarkable ability to switch from one adult form to another.

One forest road was rerouted specifically because it crossed a pond known to be a striped newt breeding area. When people ignore this and continue to use the area for “mudding,” they damage the habitat and endanger a rare creature they’ve probably never seen.

Bauer notes that the designated roads and trails are shown on the motorized vehicle use map, which you can download at fs.usda.gov/main/florida/maps-pubs or smartphone users can simply use the Avenza app.

“When you download the Avenza app, it will show where you are on the map by a blue dot,” Bauer says. “Not all the trails and roads you find yourself on are official, because so many people have used them illegally. By using the app or map, you’ll know if you’re on a road or trail you’re supposed to use.” 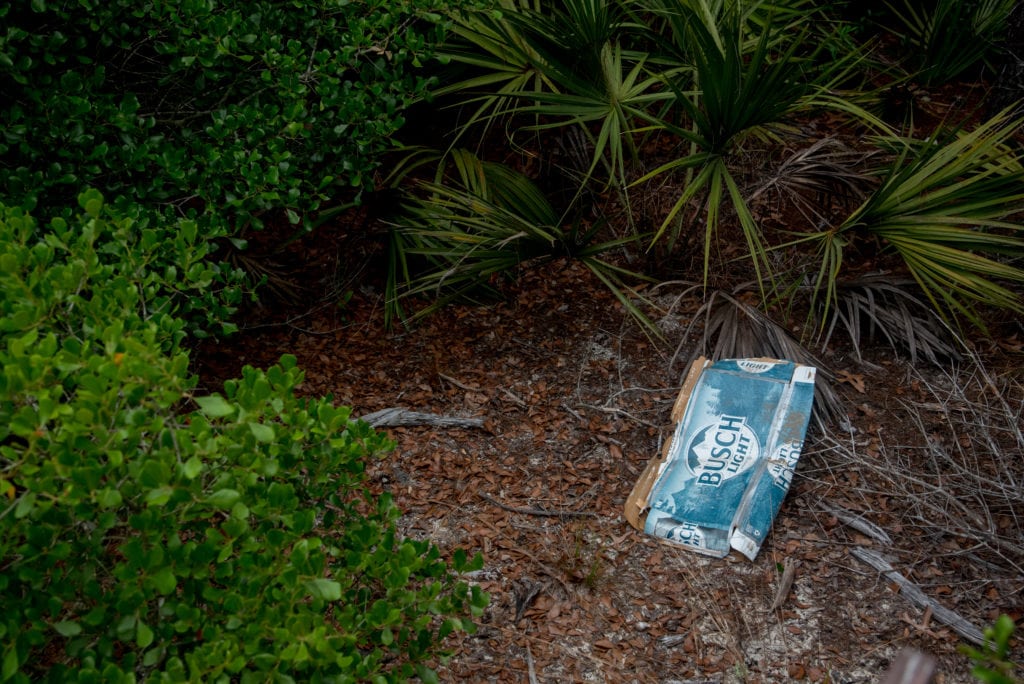 Bauer points out that since 2016, there has been a 22 percent increase in the amount of trash dumped in the ONF. This includes household garbage, old tires and hazardous materials, including oil.

“We continue to hold Forest Cleanup Days annually, one on or around Earth Day and another on or around National Public Lands Day, which is September 29 this year,” he says.

At these cleanup events, volunteers meet at the Lake George Ranger Station on Highway 40 where they split into groups consisting of members of the public and forest employees. Each group heads into a specific area of the forest to pick up trash at reported dump sites.

“Each time we have Forest Cleanup Days, we collect semi loads of trash,” says Bauer.

That doesn’t include the hundreds of illegally dumped tires that have been turned in, thanks to the county’s tire amnesty program.

“Our litter crews were reporting what we considered high numbers of tires picked up on their routes. Around the same time, we hosted our annual Forest Cleanup Day, which provided similar high numbers. That’s when our Solid Waste team began discussions on addressing the issue of improper and illegal tire disposal,” reports Stacie Causey, Marion County Public Information Specialist.

The result was the Waste Tire Amnesty Day event, which began in July 2017. Four collection events were held in July and August and were strategically coordinated to provide proper disposal to outlying areas within the county, as well as those areas where the largest number of illegally dumped tires had been retrieved.

The results were impressive: Residents turned in 284,440 pounds of tires—over 140 tons.

“We give Marion County big kudos for helping us with this,” says Bauer.

In addition to being unsightly, those discarded tires pose a health hazard.

“Illegally dumped tires create perfect breeding pools for mosquitoes during a majority of the year,” says Causey, adding that those mosquitoes can spread diseases to both humans and animals. “By collecting tires, we’re reducing potential breeding areas leading to a reduction in the mosquito population.

“As of March (2018), the Florida Department of Environmental Protection has also partnered with us on this campaign,” adds Causey. “Working with other agencies to solve community-wide issues not only increases the positive impacts of a campaign for the county as a whole but also increases our motivation to look for creative ways to address problems. When agencies you report to want in on your program, you know you’re on the right track.”

There’s no doubt the program is helping, as Causey reports that litter crews have noticed a decrease in the number of illegally disposed tires.

Juniper Springs has been a prominent area for swimming, picnicking and camping for many years, the complex having been constructed as a public works program during the 1930s by the Civilian Conservation Corps. Alexander Springs is one of Florida’s first-magnitude springs and a popular destination for visitors. Salt Springs, so named for the waters’ mild salinity due to potassium, magnesium and sodium salts, is another recreational gem based around a natural spring.

The ONF is recognized as the greatest recharge area for the aquifer, the primary source of the upper peninsula’s drinking water, from which everyone in Central Florida is drinking when they turn on the tap. The more remote Billies Bay Wilderness is primarily marsh and swamp land whose waters contribute to Alexander Springs Wilderness.

One of the best ways to experience the area’s natural beauty is via the forest’s many waterways. Bring your own kayak or canoe, or rent one at the concessionaires.

Mountain bike enthusiasts love the Paisley Woods Bicycle Trail, a 22-mile-long unpaved ride through changing habitats with plenty of natural challenges. Shorter loops can be made at the halfway point if you’re not up to the entire 22 miles. The trail can be accessed at the trailhead at Clearwater Lake and the parking area of Forest Road 538. Alexander Springs is located at the north end of the trail, and Clearwater Lake is located at the south end.

Hikers have abundant options ranging from short, two-mile loops all the way up to the Ocala portion of the Florida National Scenic Trail, which winds some 67 miles through ONF. 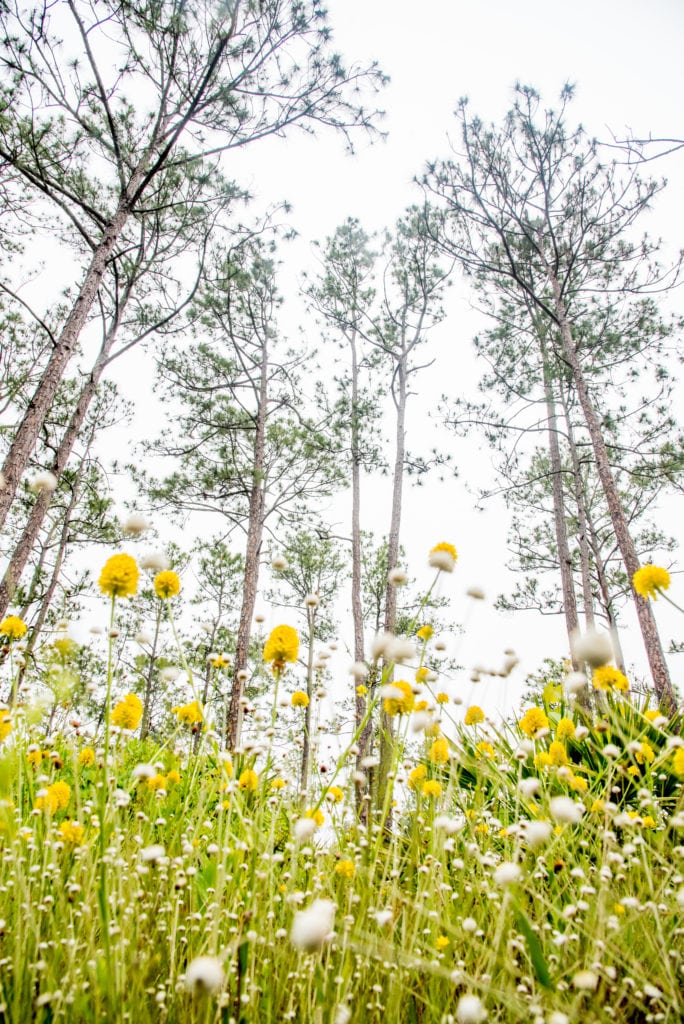 A variety of camping options are offered in numerous areas of the forest, including developed campgrounds and cabins to primitive sites and tent camping. (Reservations are required and are on a first-come, first-served basis.)

The Florida Fish and Wildlife Conservation Commission manages hunting and fishing activities in the ONF. Permits and licenses are required.

The Ocala Rifle Range is used for hunter education classes and is also available for use by the public. Although there is no fee to use the range, which is open sunrise to sunset (closed Wednesdays for repairs), it is also unsupervised, meaning awareness and cooperation among shooters is crucial.

Don’t be surprised if you see an F/A-18 Hornet jet fighter zipping over the ONF, as this remains the only place on the entire East Coast where the United States Navy conducts live impact training. Some 20,000 bombs are dropped annually on the U.S. Navy’s Pinecastle Bombing Range. The range is fenced and covers 5,760 acres. The Navy has used the site for target practice for more than 50 years and has a special use permit from the USDA Forest Service.

Bauer notes that the motto of the USDA Forest Service is “caring for the land and serving people.” He puts it succinctly: “We do not need more people to just visit; we need more stewards of the Ocala National Forest.”

Keep this in mind when you venture out to enjoy the many recreational opportunities provided by this amazing resource that is literally in our backyard.

Residents of unincorporated Marion County who pay the solid waste assessment on their taxes may dispose of up to 25 passenger-vehicle-sized tires (no commercial tires) at no charge during these events with proof of residency.

For more information about the tire amnesty program and to report illegal dumping of tires and other waste, call Marion County Solid Waste (352) 671-8465, or visit marioncountyfl.org/solidwaste.