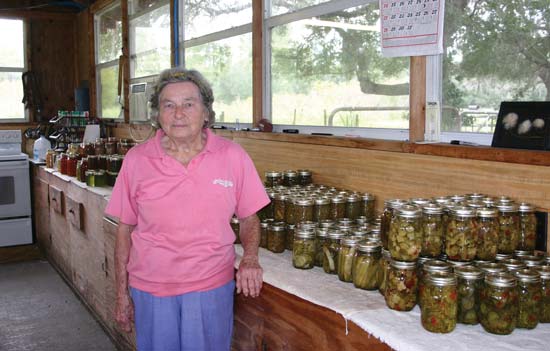 Levaughn Robinson is a petite, gray-haired sprite with bright blue eyes. But make no mistake about it. The woman is a tiny dynamo.

A quick step and a firm handshake disguise Levaughn’s 90 years. Her infectious laugh paves the way as she launches into another story. Spend a couple of hours with this remarkable Florida native and you’ll realize her life is a book waiting to be written.

Her family history is rich with adventure, including a great-grandmother who was kid-napped by a Native American in Georgia.

Born in Lafayette County on August 7, 1917, to William “Joe” and Molly Fletcher, Levaughn was delivered by a homeless woman known only as Grandma Cooper, who served as her mother’s midwife.

Cypress timber was big business at the time and Levaughn’s father moved his family to Levy County after his employer got a contract cutting timber there. After a falling limb struck Joe on the head, he was disabled for the rest of his life. Swamped with work at the boarding house, Molly encouraged her husband to take their two daughters, Mabel and Levaughn, back up to his family’s farm in Branford.

It was on her grandfather Fletcher’s farm that some of Levaughn’s happiest memories began. While her older sister, Mabel, preferred to read and stay inside, Levaughn was a tomboy who wore overalls (“I wore ‘em until I got married!” she admits) and loved working outdoors. After the farm’s plow horse had a foal, it was Levaughn who taught the young horse to wear a harness and pull a child’s plow through the fields as he followed his mother hitched to the big plow.

“Back then neighbors always helped each other,” says Levaughn. “You lived off the land and only got a few things from the store. You bought green coffee beans that you roasted and ground yourself. You bought sugar, but very little of it because you grew cane and made syrup. But flour was the main thing because everyone wanted biscuits. It came in 50-pound bags with beautiful floral prints and the women made dresses out of them.” 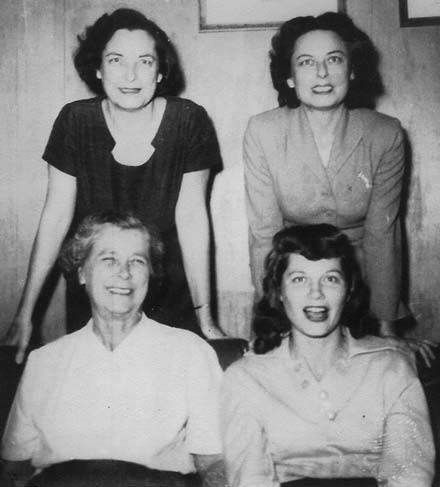 Levaughn was attending high school in Branford when fate intervened again. Her sister had married and moved down to Otter Creek where her husband made $9.20 a week (“very good money then!”) at Cummer Sons Cypress Company crate mill, making munitions crates during World War II.

During World War II, Levaughn work-ed as a plane spotter for the govern-ment while living in Otter Creek. After the war, she was a supervisor of recreation for children, helped run a commissary, was a food supervisor for the Veteran’s Administration, and worked at a drug store. For 25 years she worked as production scheduler in the plastics modeling department for Roehr Products, which developed and sold the Monoject line of disposable syringes. (The company later became Sherwood Medical.)

After Levaughn and William Ellzey divorced in 1974, she lived and gardened on acreage she’d purchased along the Suwannee River until marrying her second husband, Nelson Robinson, in 1988.

Today, Levaughn lives on the 225-acre farm north of Inglis that Nelson left her after he died in 1991. Despite her go-getter attitude, that much land proved too much even for Levaughn—she leases most of it to peanut farmer Ron Cannon.

Levaughn stays busy with her large garden, finding ways to foil the raiding wild hogs and deer. Much of that produce ends up in the spacious canning kitchen, nestled beneath a hammock of sheltering oaks beyond the house.

On a typical day, Levaughn is up at 4am. After watching the morning news, she cooks up a big country breakfast and is joined by her son and daughter. When the meal’s over, the three of them tackle whatever farm chores need doing.

“Yesterday we planted beets, carrots, turnips, and rutabagas in the garden,” notes Levaughn. “Then we finished juicing limes in the canning kitchen.”

Asked the secret of her longevity, Levaughn Robinson is quick to reply.

“I’m still going because I’ve never quit going,” she says. “My daddy always said the Lord rested on the seventh day, so we’re supposed to rest, too. But I get so bored—I can’t wait for Sunday to get over with!”