Cooking from the heart—no matter where you live.

For an honest definition and a bit of guidance, we turned to expert sources, two Alabama natives whose love of cooking and talent in the kitchen have made them trusted cookbook authors and bloggers. 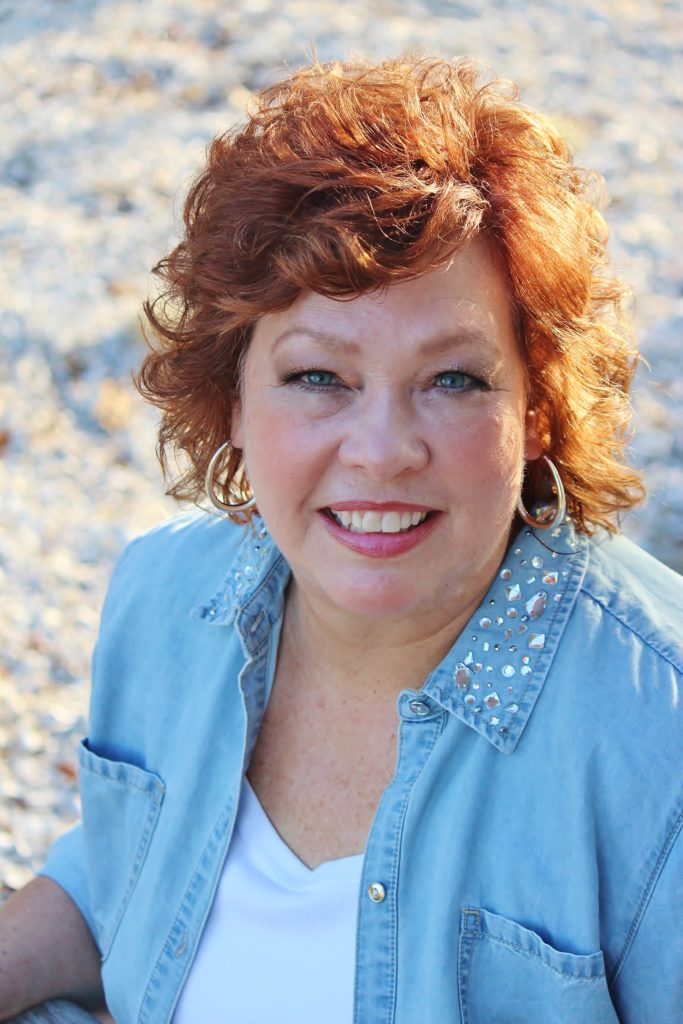 “I have gotten the chance to participate in some really neat things, but contributing to Southern Living is probably the pinnacle,” says Jackie Garvin, whose writing and recipes can also be found each month in Southern Living’s digital edition.

Garvin lives in Valrico, Florida, with her husband, Sam, and their personable basset hound, Belle. Having retired from the corporate world in 2009, she’s stayed more than busy cooking, writing about food on her blog, Syrup and Biscuits, and creating instructional cooking videos, which can be viewed on her YouTube channel. Garvin’s two cookbooks, Biscuits and Sweet Potato Love, are available on Amazon and wherever books are sold.

Being born and raised in the Deep South is something Garvin considers a gift.

“I am part of a culture that embraces gracious hospitality, manners, love of God and country, frugality, family values and good honest food,” she says. “That’s who I am, and that’s what I’m all about.” 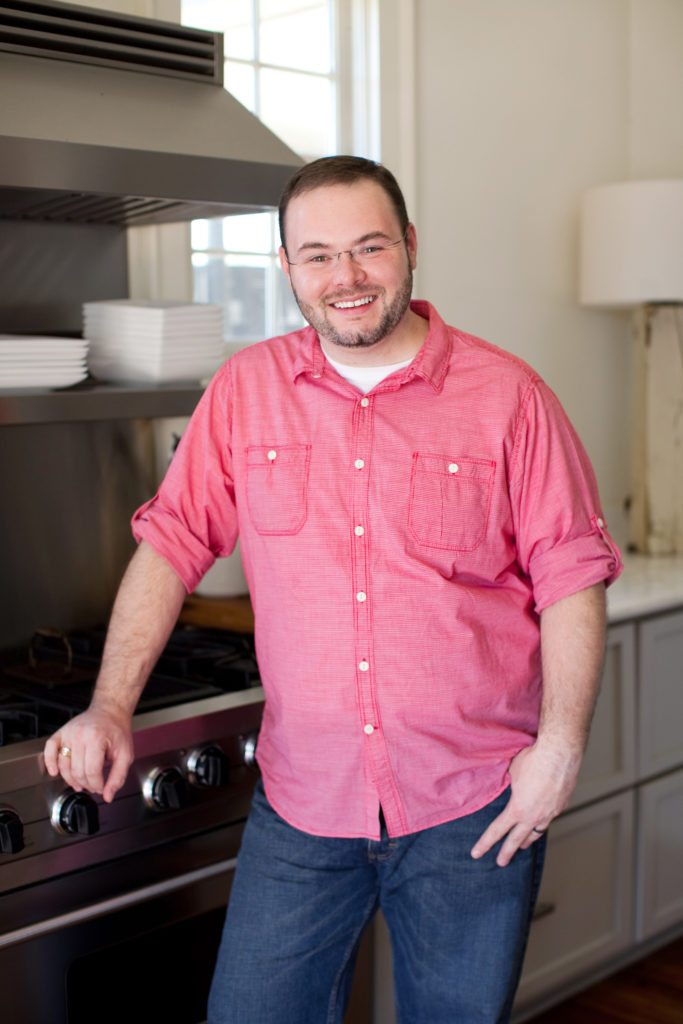 Stacey Little was born in the tiny town of Thomasville, Alabama, and now lives in Prattville, a town of about 30,000. He married his high school sweetheart, and they have a 9-year-old son, Jack.

Little enjoys developing recipes and writing about food on his blog, Southern Bite. His cookbook, The Southern Bite Cookbook: 150 Irresistible Recipes from 4 Generations of My Family’s Kitchen, has been a popular seller since its release in 2014.

“In the South, we celebrate everything with food. It’s just one of the many ways a Southerner expresses love to another person. We feed them,” says Little, who credits his mother’s family with the greatest influence on his cooking.

“My mother, grandmother, grandfather and great grandmother were all amazing cooks, and I get inspiration from each of them,” he adds. “My mother cooked three meals a day, and I learned most everything from her. We didn’t have much when I was a kid, so my mother taught me how to make the most of what I have in the pantry. It’s really the basis of what I do today.”

“For food to be Southern today, it’s just as much about where it’s cooked as it is about the person cooking it,” asserts Little. “Southern food has been influenced by so many cultures, it’s really hard to define it. Traditionally, Southern food is seasonal and mainly consists of vegetables. It is just as diverse as the regions that make it up. Consider the gumbos and jambalayas of Louisiana, tamales of the Mississippi Delta, seafood of the coastal regions, BBQ of Texas, etc.

“There’s a misconception that Southern food is all deep fried and smothered in gravy. Yes, we do some of that, but there’s so much more to it,” he points out. “I grew up in a family where we literally picked the food from the garden that morning and had it on the table that evening for supper. I joke that we were ‘farm to table’ before it was cool.”

“It used to be using local ingredients from crops grown in the South, but now that we have global markets, that doesn’t really hold true anymore,” Garvin observes.

She notes that some foods—greens, okra, rutabaga, etc.—are generally identified with the South. The same holds true for sweet potatoes and biscuits, two foods near and dear to Garvin’s heart, as she’s written cookbooks about both.

“Southern food by definition is simple. There’s nothing fancy about it; it’s food for the sake of nourishing the body, not to impress anybody,” she adds. “My grandmother used to call it ‘making good with what you’ve got.’ She taught me how to pull what you’ve got out of the pantry, frig and freezer to make a meal, and that lesson stuck with me. It’s about efficiency and using the food you have on hand. Southern cornbread dressing was created to use up leftover stale cornbread, biscuits and bread.”

So what favorite dishes do these two Southern cooks whip up to feed their families?

Garvin is known for her pot roast with vegetables; in fact, most would consider this her signature entrée dish.

“It’s the epitome of home-cooking but not the recipe you turn to in a hurry, because it takes about four hours,” she notes, adding that a quick meal would likely be broiled pork chops (which her husband loves) with fresh veggies.

Garvin will chop some fruit up for a little something sweet, but when it’s time to make a serious dessert, she relies on her go-to peach or blackberry cobbler, depending on what’s in season.

For a quick weeknight dinner, Little likes one-dish/one-pot/one-pan recipes, such as his one-pot red beans and rice, goulash or sheet pan lemon chicken. On the weekends, he often makes up a big batch of his basic marinara and freezes it to make cooking weeknight meals easier.

Besides his delicious chicken fettuccine alfredo (not exactly “Southern” but beloved by family and friends), biscuits are Little’s favorite thing to make.

“Homemade biscuits are an art and something that takes lots of practice to master,” he notes. “Each time I make them, I am reminded of the memories of  my grandmother and great grandmother making lard buttermilk biscuits. It’s also my favorite thing to teach people to make. It’s something that has to be taught in person. It’s tactile. I could write a hundred recipes for making biscuits, but they will never be a replacement for actually having someone show you what they’re supposed to look and feel like.”

Southern cooks know that flavor makes all the difference.

“My fat of choice is either real butter or bacon drippings,” she says. “I like using bacon drippings because you don’t have to overload vegetables with it to really get good flavor.”

Garvin keeps a shaker with her own 4-1-1 seasoning mix (4 parts kosher salt, 1 part pepper, 1 part garlic power) in her kitchen and uses it all the time when cooking meats and veggies.

Convenience is also a very real part of Southern cooking. This isn’t about a lengthy list of ingredients you can’t pronounce.

“My goal is really about quick and easy,” says Little. “Families today don’t sit down for a home-cooked meal very often anymore, and if I can create a recipe that makes that easy, that’s what I want to do.”

Little is a staunch believer that if you’re going to cook at home, it has to be better than the average drive-through. That’s one reason he’s not against using convenience products (such as condensed cream of chicken soup, etc.), so long as it makes getting a meal on the table quick and easy.

“The connections that families share over that meal are infinitely more important than the food on the table,” he notes. “The food is just the conduit through which those connections occur. Families today struggle to get a home-cooked meal on the table because of time and expense. Anything I can do to help make that easier is my goal.” 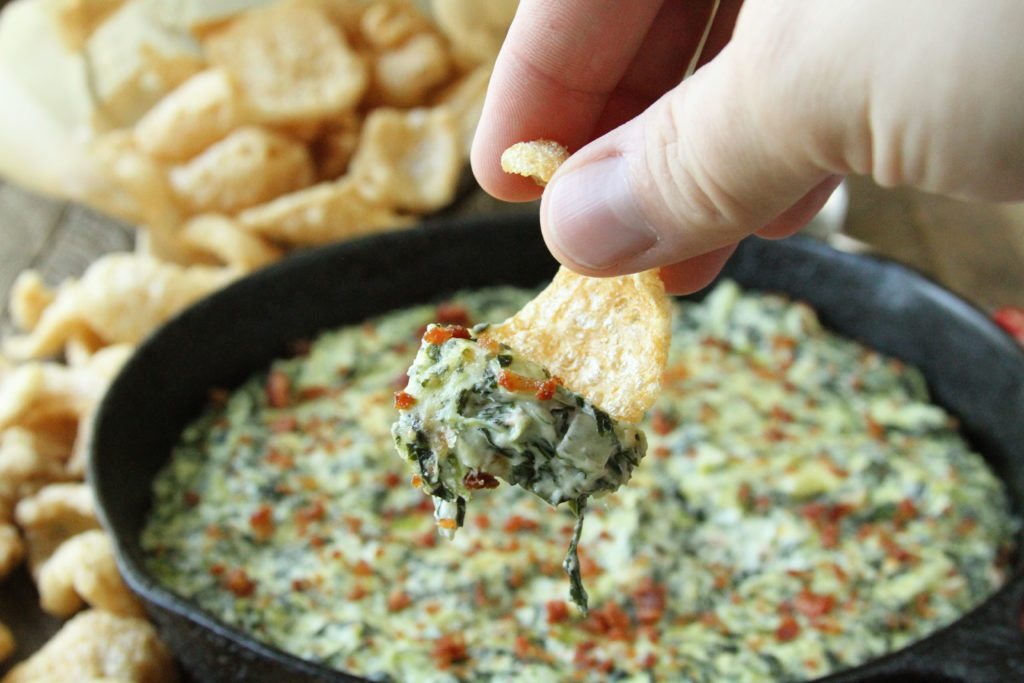 Preheat the oven to 350°F. › Grease a 2-quart baking dish. › In a large skillet, cook bacon over medium heat until crispy. › Remove bacon, drain on paper towels and crumble. › Carefully pour away all but about 2 tablespoons of bacon grease; return pan to heat, and add onions. › Cook about 3 minutes. › Add turnip greens, and cook 8 to 10 minutes. › Add Alfredo sauce, cream cheese, salt, pepper and garlic powder. › Cook until cream cheese has melted and mixture is bubbly. › Stir in crumbled bacon. › Transfer mixture to baking dish, and bake 25 minutes. › Remove from oven, and sprinkle with Parmesan cheese. › Turn on oven’s broiler, and return baking dish to the oven for 5 minutes. › Serve with tortilla chips or fried pork skins.

Preheat the oven to 350°F. › Peel, thinly slice peaches and place them in the pie shell. › In a large bowl, beat butter, sugar and salt together until smooth. › Add almond flavoring, and mix well. › Mix in eggs and cornmeal. › Add buttermilk, and mix until smooth. › Pour mixture over peaches. › Place pie on a rimmed baking sheet, and bake for 55 to 60 minutes until just barely set. › Allow to cool before slicing. 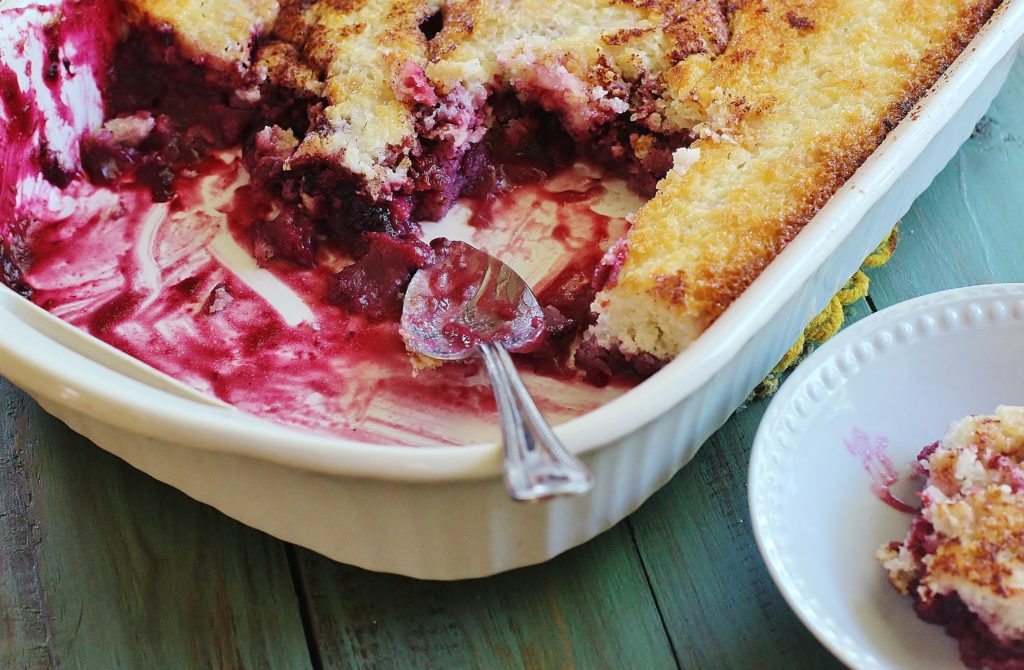 Photo and recipe by Jackie Garvin › Syrup and Biscuits

Melt butter in 9×13-inch baking pan. › Place berries, sugar and water in a pot, and bring to a quick boil. › If the berries are particularly sweet, you might not need the full cup of sugar in berry mixture. › If you’re using lemon juice instead of red berries, add it to the berry mixture. › While berries are coming to a boil, mix 2 cups sugar and flour in a large bowl. › Add in milk, and stir well until smooth. › Pour batter over melted butter. › Add hot berry mixture to pan. › Don’t stir. › Sprinkle with cinnamon. › Bake in a 350°F oven for 30 to 45 minutes until mixture is bubbly and top has started to brown. › The center will be somewhat jiggly but not loose. › Let cool 15 minutes before serving. (Yeah, right. That’s a big joke. But in order for my recipe to be technically correct, I had to tell y’all to do that.) 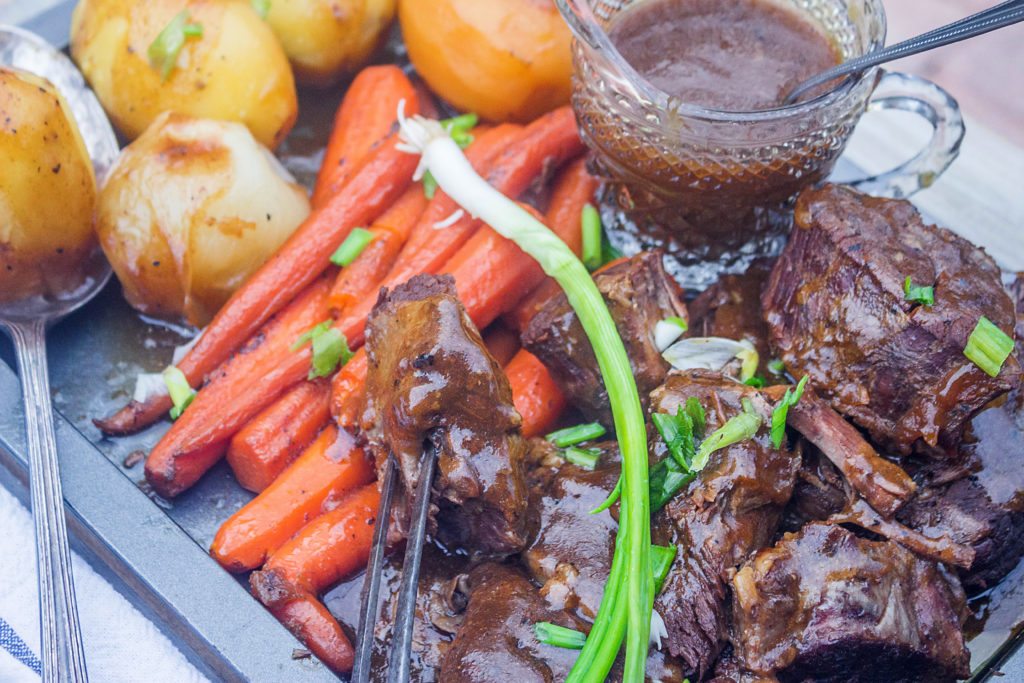 Photo and recipe by Jackie Garvin › Syrup and Biscuits

Preheat oven to 350°F. › Coat roast with yellow mustard on all sides. › Season liberally with 4-1-1 seasoning or your choice of seasoning blend. › Melt bacon drippings over medium-high to high heat in a cooking vessel large enough to hold roast and vegetables. › Sear roast 2-3 minutes on each side. › Remove, and set aside. › Add wine to cooking vessel, and scrape up brown bits from bottom. › Place sliced onion and celery pieces in the bottom of the vessel. › Add roast on top of vegetables. › Pour in enough beef broth to cover the sides of the roast but not the top. › Add Worcestershire and bay leaves. › Cover, and cook at 350°F for two hours. › After two hours, remove from oven. › Baste top of roast with cooking liquid. › Place whole carrots, potatoes and (whole, peeled) onion in cooking vessel. › Put as many as possible on top of the roast with the rest alongside the roast. › Lightly sprinkle vegetables with seasoning. › Cover, and return to oven and cook for another 1 1/2 hours. › After one hour, check whole vegetables for doneness. › If vegetables are tender, remove them to a baking sheet, cover with aluminum foil, and keep warm. › Continue cooking roast, covered, for an additional 30 minutes or until falling-off-the-bone tender. › When the roast is tender, remove to a serving platter along with whole vegetables. › Strain cooking liquid. › Place cooking vessel over burner on medium-high heat. › Dissolve two tablespoons cornstarch in two tablespoons cold water until all lumps are gone. › Add to cooking liquid. › Bring to a boil, stirring until gravy is thick. › Taste for seasoning, and adjust. › Serve gravy with roast and vegetables.