Robert’s car is, however, a small Mercedes of sorts. Weighing in at a very-light 1,800 pounds (the average car weighs nearly double that), the Smart car was the brainchild of a successful collaboration between Swatch and Mercedes Benz.

“I was watching the remake of The Pink Panther with Steve Martin,” he says. “I was fascinated by the car he was driving. I started doing research and read an article that they would eventually be selling the cars in the United States.”

As luck would have it, Robert (a former Honda Fit driver) was traveling through Tampa when he spotted a Smart car dealer. He pulled over and test drove one on the spot. 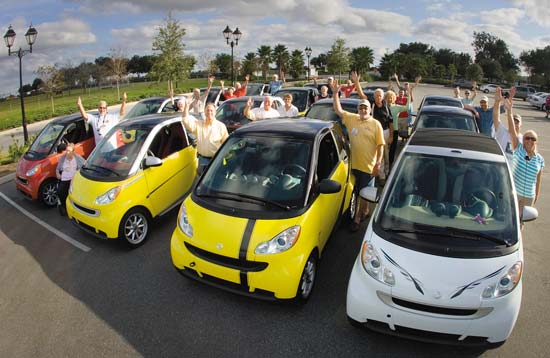 “That was it—I knew I had to have one,” he says. “They’re fun to drive, easy to park, economical, and easy on gas. The Smart car is very unique.

“I always receive positive reactions to my vehicle,” Robert adds. “I’ve had people roll down their windows and ask me questions about it while driving! I’ve even had people taking pictures with their camera phones.”

Ray Dacey of The Villages owns a Smart Cabriolet, the soft-top convertible version.

“I used to drive a Corvette,” he says. “Now the Smart car is my primary car and I drive it everywhere I need to go. I have to take an extra 15 minutes if I go shopping because people stop me whether I’m coming or going with questions. That’s the price for having an unusual car!”

At 6-foot-4-inches tall, Ray adds that his Smart car has more leg room than he knows what to do with.

“It has just as much room as the front seat of my wife’s Cadillac,” he says.

“When you’re inside, it feels like you’re in a full-size car,” she says. “When you get out it’s like, Where’s the rest of the car?” 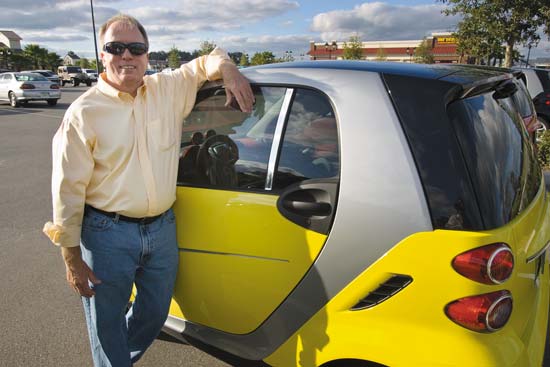 First produced in 1997, but not for sale in the U.S. until January 2008, the Smart car is considered the “it” car in such cities as London, Paris, and Rome. And Americans are catching on. Introduced at the Museum of Modern Art in New York City, more than 23,000 Smart cars are currently on the road in the United States. And as the economy sags and interest in the environment grows, it’s gaining popularity at an alarming pace. As a matter of fact, there’s a two-year wait to own one.

Robert got lucky, though. Persistence pays off and after numerous phone calls, the Tampa dealership offered Robert an orphaned car. Somebody had placed an order and then backed out.

“Amazingly enough, it was just what I wanted, even the colors,” Robert says. “I added a few things, including a navigation system, and was all set. When I went to pick the car up—and I’m not exaggerating—40 people were trying to buy it.” 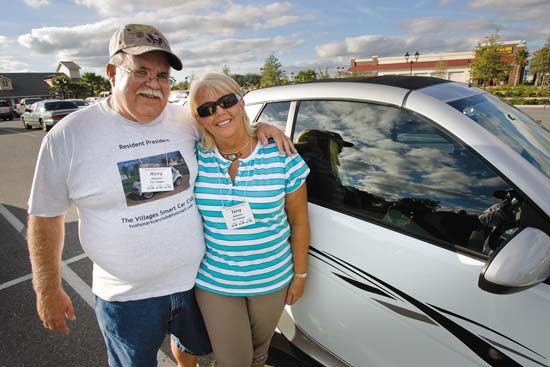 In fact, the 2008 Smart Fortwo achieved the highest ratings from the Insurance Institute for Highway Safety (IIHS) for front and side crashes.

As a Mercedes-manufactured car, quality and safety are considered the norm. Robert notes that in an effort to prevent tipping, the front wheels of the Smart car are a different size than the back wheels and the rear wheels are set farther out than the front. For additional safety, the gas tank is located in the middle of the car and is padded for extra protection. A tridion safety cage makes up the shell of the car and provides durability and structural support.

You would think the Smart car requires special maintenance and hard-to-find parts, but the opposite is true. The tires can be purchased anywhere and the car takes full synthetic oil.

“After 11 years of manufacturing the car, Mercedes has pinpointed and corrected any problems with the vehicle,” Robert says. “On a different note, on top of being fun and convenient to drive, my car is environmentally friendly.” 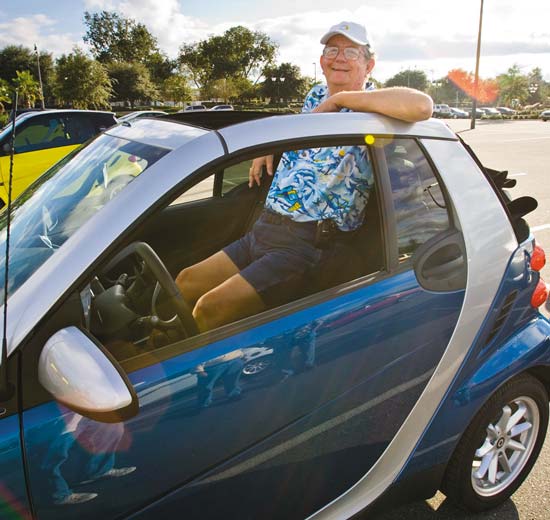 The plant that manufactures the cars in France is a “green plant” and everything inside the car is fully recyclable.

The Smart Fortwo is also classified as an Ultra-Low Emission Vehicle (ULEV). The catalytic converter is positioned close to the engine for a quick response and an electric pump blows fresh air into the exhaust port when the engine is cold to almost completely oxidize the carbon dioxide, carbon monoxide, and hydrocarbons, rendering them harmless.

According to Robert, people are surprised to discover that the car isn’t electric. With an 8.5-gallon gas tank, the Smart car averages 41 miles per gallon. At today’s price of $1.59, it would cost just $13.50 to fill the tank. When you consider that a hybrid vehicle may take years to pay for itself, the price of the Smart car is just as impressive. Depending on the model and extras, prices start at just under $12,000.

For Robert, though, the real enjoyment in owning a Smart car is the joy he gets when behind the wheel.

“People say my car looks like a smiley face coming down the road,” Robert says. “It’s zippy, fun, handles exceptionally well, and is exactly what I need.” 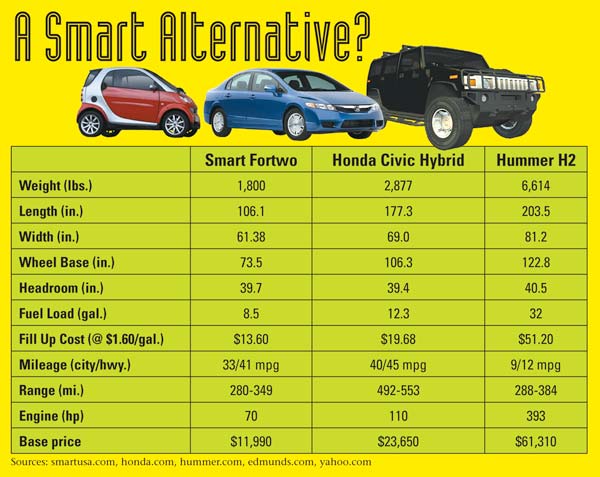