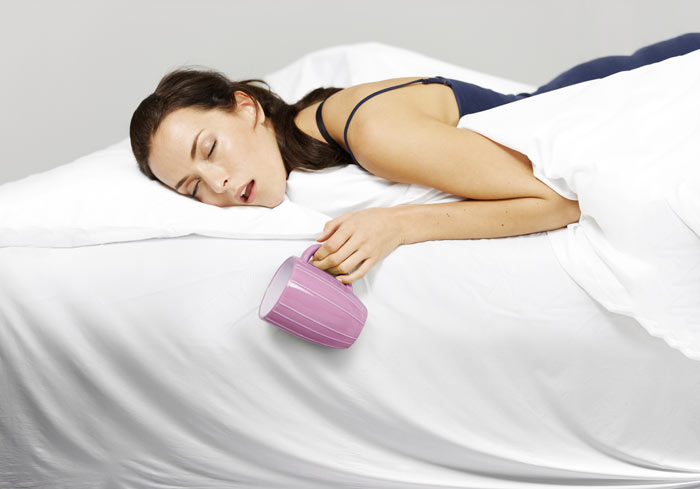 Motherhood no longer fits the Leave it to Beaver image made popular by the television show of the late 1950s and early ‘60s. (Did any mother anywhere actually clean house while wearing pearls?)

Modern mothers juggle plenty of responsibilities, but there’s no one-size-fits-all definition of what it’s like to be a mom. Just ask any mother.

We chatted with four dedicated moms who lead very different lives. Here’s to them… and to mothers everywhere! 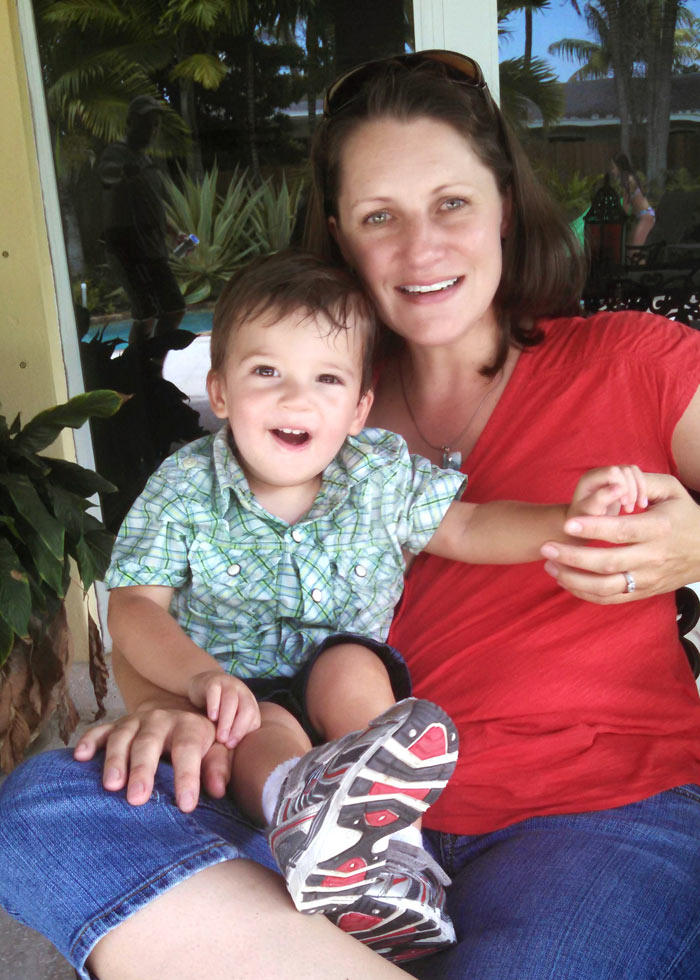 “I was that horse-crazy, 4-H girl who wanted to be a veterinarian since I was in second grade. I have the utmost respect for stay-at-home moms, but being a vet is a big part of who I am,” says Jennifer Madera, DVM, an ambulatory veterinarian with Peterson & Smith Equine Hospital.

Now in her 11th year of veterinary practice and married for six years, Jennifer, 35, and her husband, Jose, have a 2-year-old son. Jose is involved in the equine industry as well, so he also works long, sometimes unpredictable, hours.

“We knew we wanted a family, even though we didn’t start early. The clinic was very supportive, even though I had my son in the spring during the peak of breeding and foaling season. By the end of my eight-week maternity leave, I was ready to go back to work. My house was cleaner than it’s ever been!” she laughs. “In the spring, I frequently have long days and late night emergencies, so waking up in the middle of the night to care for a baby seemed easy. I didn’t have to get dressed and drive across town and get back home several hours later!”

With a toddler and a full-time job, Jennifer typically drops her son off at day care each weekday by 8am.

“He’s in a safe, comfortable place he loves, and he’s learning like a little sponge,” she says. “Then I can focus on work and do my job, and when I get home, focus on him.”

Then, it’s on to see her equine clients, which range from miniature horses to huge Clydesdales and everything in between. After work, she picks her son up between 5pm and 6pm and heads home where there are dogs and horses to feed before making dinner.

“We tag team; my husband and I share the responsibilities at home,” she says. “In the evening, one of us is doing our son’s bath and getting him ready for bed, while the other is making tomorrow’s lunch and cleaning up the kitchen. We’re big on sitting down to dinner together and having a family meal.”

For an ambulatory veterinarian, hours are long and never predictable. The workload varies, depending on the season. Spring is hectic, and it’s not unusual to put in 50- and 60-hour weeks, but in the summer and early fall, there are days she only has a few appointments.

“My life is go-go-go, and the job isn’t easy, but I wouldn’t trade what I do,” Jennifer says. “Luckily, I have a very happy, adaptive and easy-going kid. A lot of my clients want me to bring him along, and that sometimes happens if I get called at night or on a weekend. In a pinch, I put an episode of Mickey Mouse Clubhouse on my laptop and let him watch that while I am working on a horse.”

Motherhood has made her more aware of setting personal boundaries when it comes to her work schedule. Otherwise, it would be easy to work even longer hours, but she doesn’t want her son at day care for 12 hours a day.

“Being a vet changes every day, so I’ve always had to ‘go with the flow’ to some degree, notes Jennifer. “I’ve had to give up my control tendencies with a toddler running around the house. When you open the kitchen cupboard and there are Legos in your spaghetti pot, that’s fine. We do want to have another child, so that will make things even more interesting!”

“Families are different and aren’t all the same.”

For Rob, 33, and Seana, 30, married life is different from many of their friends. Rob’s career requires frequent travel, which typically keeps him away from home three nights a week. For stay-at-home mom Seana (pronounced “Seena”), that translates to a mixed bag of both greater responsibility and freedom. The couple has a 4-year-old daughter, who’s in pre-school, and an 8-year-old son in second grade.

Seana comes from a family where her father worked but was home every night, and she was the youngest of three—by 15 years! Rob is an only child whose father traveled for work routinely and was only home on weekends.

“I was a flight attendant before I had children, so when I had my first, I decided I wanted to stay home. About 1 1/2 years after our son was born, Rob found the job he has now, which happens to involve travel,” says Seana.

“Now I like it and enjoy the freedom, but in the beginning, it was harder, especially when I had my second child. I was at home dealing with kids and eating a PBJ, while my husband was out for business dinners with clients having a nice meal. Now I know more of what his work is about, and I realize what he’s doing is not all fun.”

Their situation works well because Seana is independent, easy-going and flexible. She appreciates the opportunity to do activities with their children. Now that their daughter is in pre-school, Seana has a few hours for herself and also more time to volunteer at their son’s school, something she especially enjoys.

“When Rob is home, he’s very involved, but the downside to our situation is that he misses a lot of things when he’s gone,” she admits. “He likes to FaceTime with the kids and usually talks to them once a day. It’s hard to make him more a part of our daily activities because he’s often in a different time zone.”

When Rob is home, he and Seana try to go out as a couple—just the two of them—about once a month. They find one of the toughest things is the constant changing of schedules for their family when he’s home and then on the road again. That inconsistency can make things challenging, but they do their best to keep things moving smoothly for the family.

“It doesn’t seem like a big deal to the kids that he’s away this much,” Seana says. “We know enough people that the kids realize that families are different and aren’t all the same.”

Being a single mom wasn’t originally the plan, but sometimes things work out better than expected. That’s been the case for Leslie, the mother of two boys, ages 11 and 12. She and her sons’ father divorced about a year ago after being separated for almost a year. They now share joint custody, with Leslie having the boys about 60 percent of the time.

“I hesitated to get divorced because I thought it would be hard on the boys, but it’s actually been pretty good for them and even better for me,” says Leslie. “The boys don’t see us arguing; they just see their dad and me getting along, and he’s being a better dad now. One of my boys actually told me, ‘I like how it is right now, how peaceful things are.’ That showed me a lot about how he felt before. I’m a Christian, so it was really hard for me to get divorced, but I think if it’s going to help you and your kids go forward in life all-around, it’s worth doing for your sanity. I felt support from my church, and that was a big part of me being able to move on with life.”

Leslie cleans houses, so her work hours are flexible. She’s able to be home when her boys—who are in fifth and seventh grade—are home from school. She’s made a concerted effort to create a balanced schedule for her family, which includes church, karate and just spending time together.

“Being involved in karate keeps the boys busy, and their karate teacher is one of their role models. He’s really motivating and encourages them about karate and getting ahead in life,” notes Leslie.

She feels like life is brighter in every way now.

“I wasn’t functioning to my full potential as a mother in a bad relationship. I think I’m able to be a better mom now. It’s by having God as my support and strength that I can be as good and productive as I am right now. My faith is the biggest part of my being able to go forward. Being a single mom is better than I thought it would be.”

“I knew being a military wife and mom was going to be hard.”

From the time they started dating in high school, Brittany knew Dennis wanted to join the Marines, but she hated the thought of him going to war.

“He agreed not to enlist at the time, but when I saw how his face lit up when he talked about being in the military, I decided I couldn’t say, ‘no.’ After we talked about it, he signed up the next day. He was already a Marine and had just finished basic training when he proposed,” recalls Brittany.

That was three years ago. Today, Dennis, 21, and Brittany, 20, have a baby daughter who just turned 1. Since they’ve been together—both dating and married—Dennis has been away from home about half the time.

“It was a major relief that he was able to be there when our daughter was born,” says Brittany. “He was deployed about a month after she was born and was gone for nine months. He’d call, but the reception was really spotty. We’d talk a couple times a week, just a few minutes at a time. Being able to chat on Facebook was a lifesaver.”

Technology is a big help, as Brittany works to keep Dennis up-to-date with his daughter.

“I take a lot of videos. Every time she does something new, I try to catch it on camera,” says this young stay-at-home mother, who is currently enrolled in online studies to learn graphic design.

The family recently relocated to a new base. Having to move, leave family behind and make new friends hasn’t been easy, but Brittany is grateful for the positives, such as base housing.

For military families, the truth is that everyone pays a price, not just the individual serving.

“It was really hard while he was gone, but I found ways to keep myself occupied with school and our daughter,” Brittany says. “He’s been home since December. We’re not sure when he’ll be leaving again, so we enjoy our time together. He works a lot, but at least he’s at home at night, so for now, it feels like a regular job.”

“I knew being a military wife and mom was going to be hard,” she says quietly, “but when Dennis was deployed, it felt like it was never going to end.”

The couple is still “back and forth” on whether or not Dennis will reenlist.