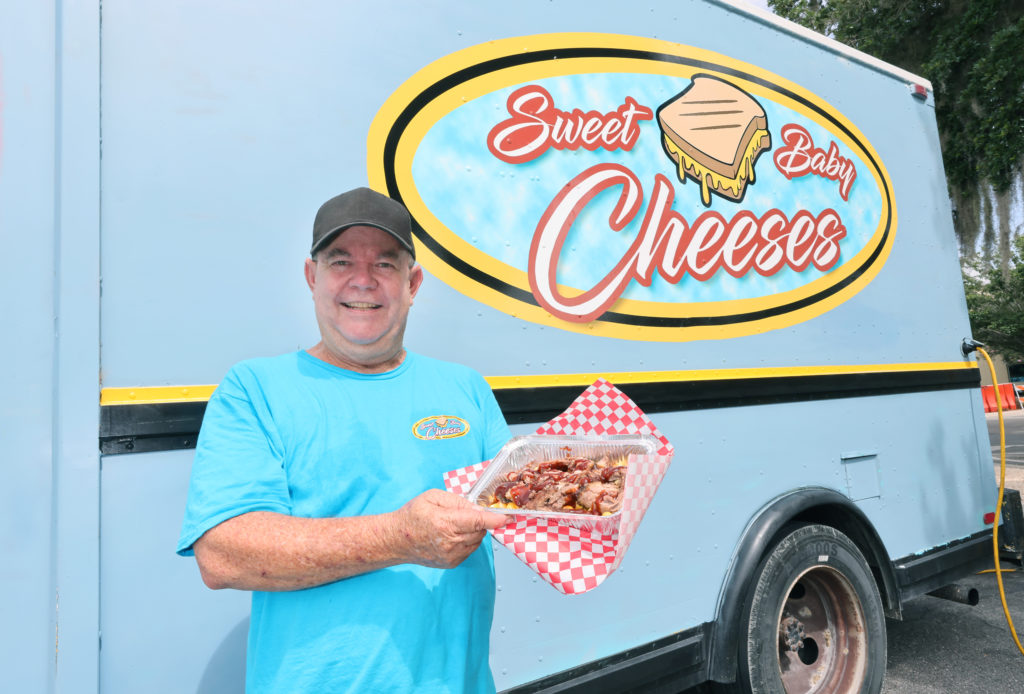 “Everybody loves the brisket,” Cowart offers. “It takes about 14 to 16 hours to process the brisket. I’ve had people at some of the area horse shows say, ‘This is the best I’ve had, and I live in Texas, or Kansas City.’” 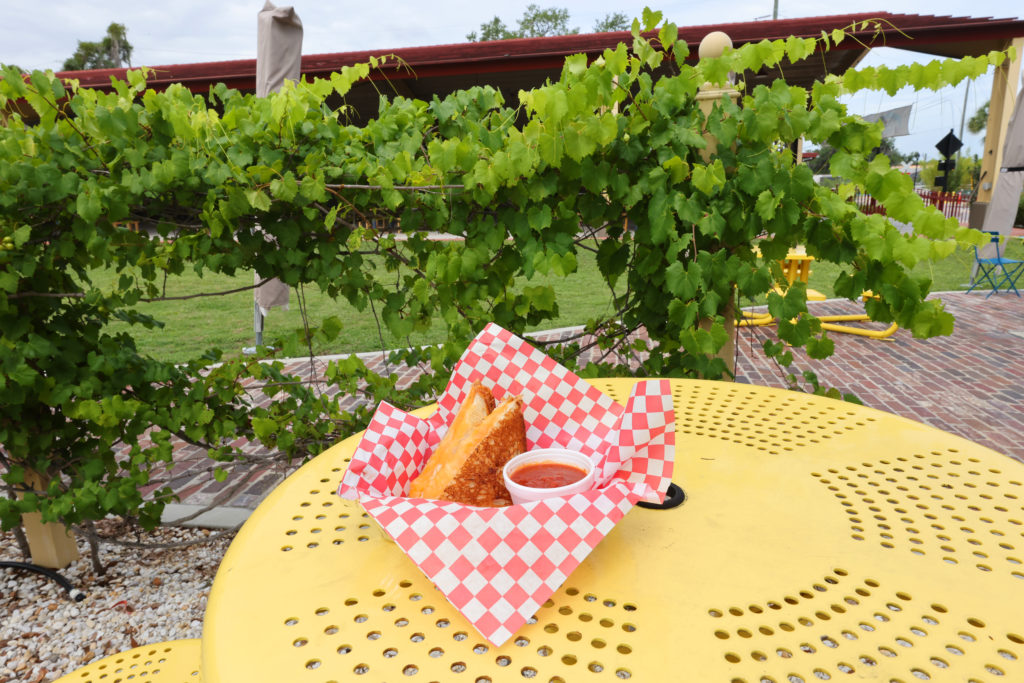 Cowart previously operated the Farmer In The Deli food trailer, but says he wanted a driveable truck instead. The name Sweet Baby Cheeses was selected through an online poll. He and his wife Tammy are partners in the endeavor and Rhonda Platt helps on site.

The Cowarts moved to Citra from Tampa and Jay explains that influences of the coastal region and from south Florida can be found on his menu, which includes several decadent sandwiches, tantalizing salads and tasty side dishes.

“We put a different twist on our food,” he reveals. “We call it Caribbean Cracker because of a lot of roots from Tampa, as well as a lot of Caribbean folks in the Miami and Tampa area, throughout our life. We mix a little bit of that in there and we do some Spanish-style food.”

A prime example is their birria sauce.

“It is a Spanish style. Instead of tomato soup, we use birria to dip the grilled cheese sandwiches in,” Cowart notes.

He says his favorite creation is his scrumptious spinach and artichoke mixture, which can be served as a side dish or as a grilled sandwich. Customers rave about the oven-baked meatloaf and also the brisket with mac and cheese, or “cowboy candy” as it’s affectionately called by some.

You can find Sweet Baby Cheeses at the Ocala Downtown Market on Fridays from 11am to 2pm and Saturdays from 9am to 2pm. The truck also makes stops at events and by invitation, including in some gated communities.

“It’s funny,” Cowart says with a grin, “even when I pull up at a gas station, people invariably will say, “Can I get a sandwich?”