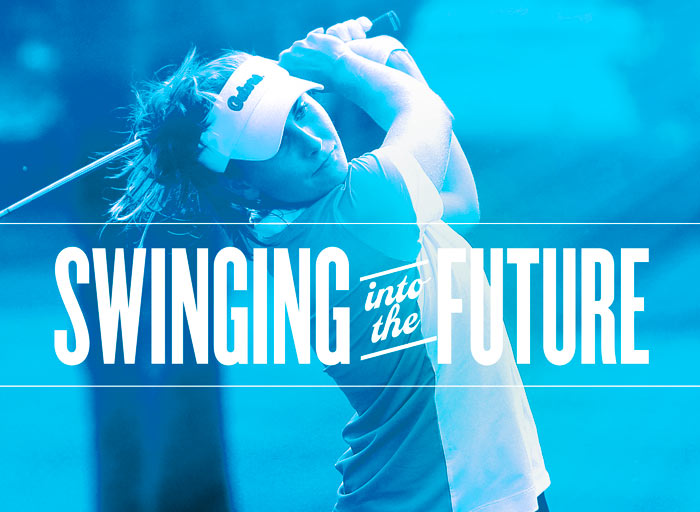 Picture the pristine green of a well-manicured golf course in our area and, more often than not, the thought of retirees enters the mind. However, Florida’s beautiful weather and amazing courses also attract an array of junior golfers who enjoy the game just as much… perhaps dreaming of a future in the PGA or LPGA.

In recent years, the overall popularity of golf has declined. According to the National Golf Foundation, the numbers have gone down by nearly 4 million golfers in the United States. And although it’s estimated that only 9.2 percent of the population plays golf, one section that continues to thrive is junior golfers, with kids from preschool to college learning the sport and participating in tournaments on all levels. Although there’s no hard data on what keeps a boy or girl playing golf, it’s obvious the next generation of players is eager to learn.

Evidence of the popularity of junior golf is easy to find at The First Tee of Greater Ocala, a chapter of the successful national organization. Organized by groups of professional golfers and the support of Shell Oil, this program was specifically created to take golf to youngsters who might not otherwise get a chance to play. Chris Wilson, the executive director of the local program and a level-one coach, is proud of the growth and reach the organization has enjoyed in Marion County.

“We have around 600 kids taking classes in elementary schools and on participating golf courses,” says Chris. “That means we’ve had a 200 percent growth during the past two years. But most important, we teach the life skills and core values of The First Tee to all these kids.”

For those who enjoy the competitive aspect of golf, the Marion Junior Golf Association holds tournaments for players as young as 5 years old, who play four holes. Players are grouped by ages: 5 to 7, 8 to 10, 11 to 13 and 14 and older, and tournaments are scheduled during weekends and school breaks.

Playing golf features new challenges with every game. However, golf’s capacity to inspire achievement as an individual and a team player makes it an ideal sport for the younger crowd.

Here are a few up-and-coming golfers that arepaving the way for the future generation of golfers. 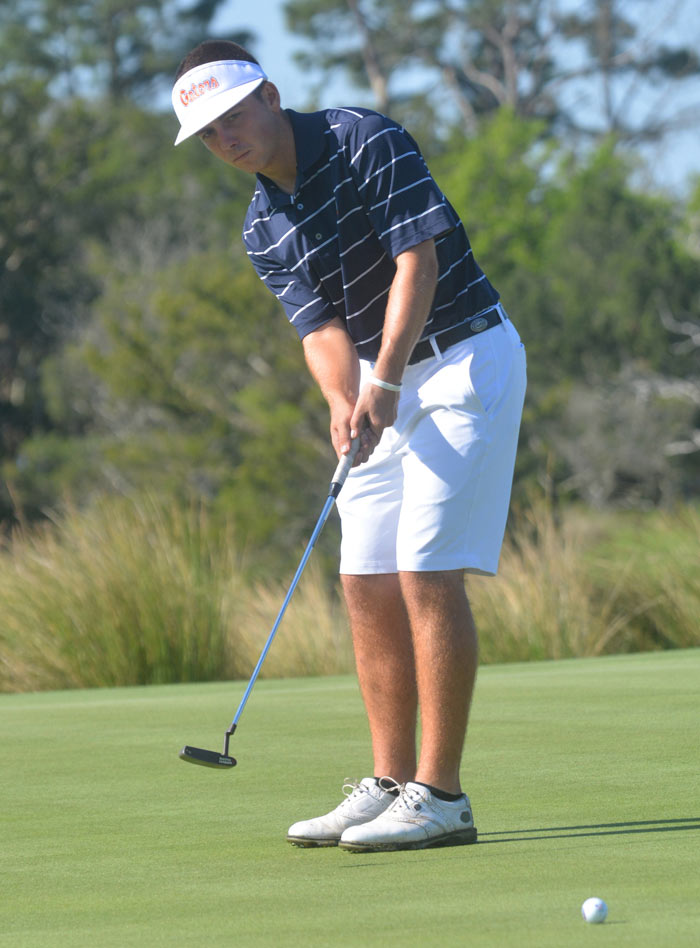 Like many junior golfers, J.D. looks for the life lessons he can get from the game.

“I’ve been playing since I was 5 years old, and I believe golf teaches you good basics, like honesty and integrity, that you can use throughout your life.”

His favorite golf course is the Gainesville Country Club, and his heroes are Tiger Woods and Bill Haas.

“I like Tiger’s work ethic. That’s what got him to best player in the world. I don’t think anybody does it anywhere close to anything like him,” J.D. says. “Bill Haas is really a nice guy, and he has a cool swing.”

And what’s his advice for younger players? “Once you have good fundamentals, just go play.” 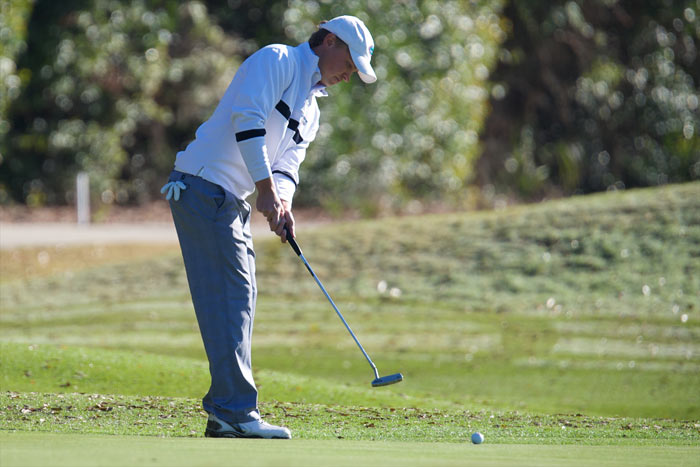 Eric admits his first sport was hockey; however, he found golf to be a great pastime, too.

“I needed something to do during the summer because I played hockey all winter and I was super bored,” Eric says. “Golf teaches you stuff you can take with you for the rest of your life, like being competitive and good sportsmanship. I also think playing golf [at the University of Florida] teaches you how to manage your time with school, practice and going to tournaments.”

He especially likes to play the Golden Ocala golf course and the Highland Links, in Cape Breton, Nova Scotia.

“When I’m home, I could only play golf for four months a year, so it’s pretty drastic being able to play 12 months a year.”

Among his favorite professional players is Justin Rose.

“He’s a complete player. He does everything well, and he doesn’t really have any weaknesses.”

Anna enjoys the challenges of play at ChampionsGate Golf in Orlando.

“Both my parents played golf, and they would always take me and my sisters. We started playing when we were 6 or 7,” Anna says. “I started liking it when I was 11.”

Anna had surgery in June and has just recently returned to the game.

“Right now I’m working on chipping and pitching, and I’m working on my long game. I’ve been focusing on that and getting my swing into position. My putting is pretty good right now.”

She names Tiger Woods and Cindy Park as her favorite players.

“I like Tiger for his fire and determination. I like Cindy because no matter how she plays she always keeps an even temper,” Anna says. “When Tiger’s not playing well, he gets angry, and that’s not something I’d want to do. Cindy’s very consistent in how she reacts.”

Her plans for the future?

“I’m moving to Orlando next year, and if I play well, maybe I’ll get my PGA card and go from there.” 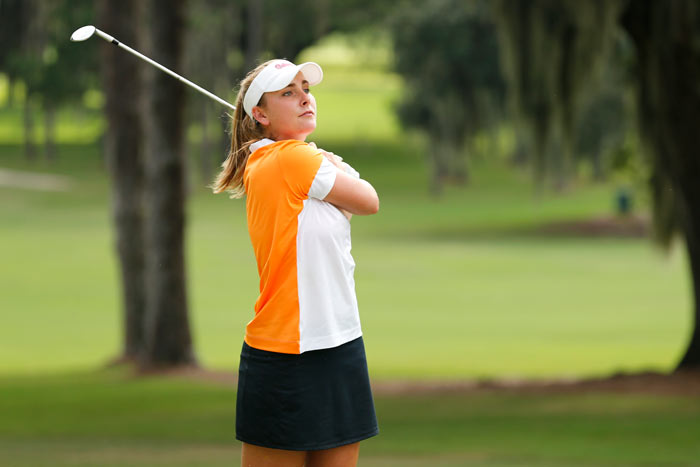 Taylor is J.D.’s sister, and the two of them began their golfing careers by playing with their parents.

Golf is such an individual experience that Taylor says she believes how you think about the game is an essential part of your performance.

“I think what’s important is the mental aspect of the game. You can practice as much as you want on the swing and stuff , but if you aren’t even keeled throughout the game, it doesn’t work.”

She enjoys watching Bubba Watson’s play on the course.

“Bubba Watson is so real. He shows his emotions, and you can tell he has fun with it,” says Taylor. “Paula Creamer is a great role model. I love seeing Americans up there, and she’s got a great personality and is always good with fans.”

Taylor doesn’t speculate too much about the future.

“I would love to play professional. I have a few years ahead of me and we’ll see how that goes.”

Playing at Trinity Catholic High School has given Lindsey Pinder a strong sense of accomplishment.

“I feel like we’ve all come together as a team. We all know that even though we play by ourselves, we have to come together to win,” Lindsey says. “We also try to cheer each other on and help each other out because the team score is what matters in the end.” Her favorite course to play is Candler Hills Golf and Country Club. As for her favorite pro, she’ll pick Rickie Fowler.

“I like his style on the course; he wears vibrant colors,” Lindsey says. “He’s kind of like the underdog in a lot of tournaments, and I think that’s inspiring.”

As for a future career in golf, Lindsey has this to say: “I won’t continue to play in college, but I’ll always play golf for fun. It’s a great hobby for me.”

Lauren enjoys making golf a team sport. She became interested in the game about six years ago and has worked to improve and learn ever since.

“I like playing with the school, and I had a good season myself. I came in third in the district, first in regional, and 41 out of 95 in the state.”

She also likes the intensity of the sport and how it helps her focus her energy.

“I like that I need to stay focused and forget about a shot if something else happens. Concentrating on the shot is the hard part for me.”

As a developing golfer, Lauren is already thinking about what comes next.

“I hope to play through college and get a golf scholarship. I would like to stay near Florida or at least on the east side of the country.”

She finds Rory McIlroy an interesting player and admires his skills and techniques.

“I really enjoy watching him play.”

The 11-year-old went along when his sister decided to learn the game of golf, and now Neil enjoys playing with his school’s team.

“I got interested in it when I was watching Lauren take lessons. I enjoyed watching her and thought I would try it, too.”

That was two years ago, and now Neil plays with U.S. Kid’s Golf in addition to his school team. He really likes the challenge of the game.

“I like playing the game because it’s more fun than just hitting the ball. I’m competitive now.”

Alan Heinlein, father of Lauren, 14, and Neil, 11, is pleased his children have done so well with golf.

“We’re not a golf family,” he says. “My wife and I don’t play, but Lauren thought she would like it and now Neil is playing, too. It’s exciting as a parent to watch them play. I like that they’re having the team experience in what is usually an individual sport.”

Megan, who has been playing golf for more than two years, says golf is one of her favorite things to do in the world.

Megan plays with the Marion County Junior Golf Tour, and she often wins her tournament. She works at staying calm while playing the game.

“I know I have to keep my nerves to myself. Sometimes if you get nervous, you will mess up your shot.”

One of her favorite activities is to ride with her dad to a field near their home and practice.

“My dad gets my driver or a nine iron, and we play with colored balls so we don’t lose them.” She says she also enjoys playing in tournaments with her friends.

Kara has been learning and playing golf for about a year, and she can hit the ball about 100 yards for a drive. Like her sister, she plays in Marion County Junior Golf tournaments in the area.

“I just like traveling to different courses and playing and winning, and I like to play in tournaments with my friends.”

She still takes lessons once or twice a week and is really enjoying learning the techniques and values of golf.