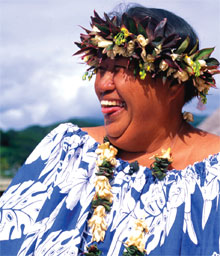 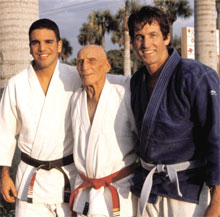 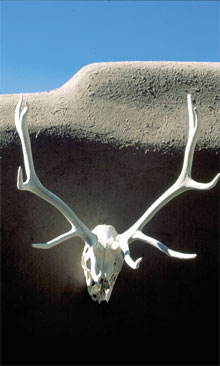 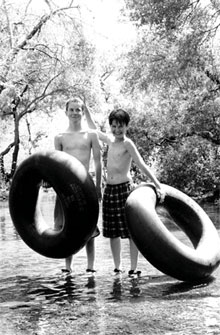 Bill Curry views the world in much the same way an art critic might take in a particular piece. He scrutinizes and examines. He spots imperfections and areas in need of improvement, but spends most of his time focused on the beauty and essence of the work, highlighting what he thinks are the best points.

It is with that critic’s eye that Curry has pursued an almost surreal existence — both in front of a camera and behind it. The model/actor/photographer has spent the last two-and-a-half decades traveling the world for photo shoots in locales like Milan, the Caribbean, Morocco, Borneo, and South America. And he has traveled in circles that included Versace, Andy Warhol, and a Who’s Who list of Hollywood celebrities and athletes.

He may look familiar, having most recently graced the cover of a Burdines catalog and the pages of GQ, Vogue, Men’s Journal, and other magazines. His fashion employers have included Armani and Eddie Bauer.

He appeared on the daytime drama, Guiding Light, as “Luke Ryan” and has worked in numerous television commercials. Curry’s also had bit parts in the movies Club Paradise and Dances With Wolves.

Some of his pictures have been picked up by magazines as diverse as Time and Yachting, as well as in ad campaigns for Guess, Bikini.com, and other companies.

While all the name-dropping that accompanies his resume may seem typical of a model and fashion photographer, Curry throws out any stereotypes and preconceived notions of a male model.

“It’s not like Zoolander,” Curry explains, “although many of the young guys today are making it like that. It was different then and it really gave me a chance to see the world.”

Curry explains that his life has really been on two separate paths, both stemming from his days in New York in the ‘70s when he began his modeling career.

“It was the Studio 54 days and it was everything you’ve heard it was and so much more,” offers Curry with a half-smile.

In that world, Curry was introduced to Warhol and was invited to many of the artist’s lunches and parties.

“I remember spending time in Aspen and Diana Ross was cooking everybody eggs at Andy Warhol’s house,” Curry recalls. “Now, it just seems so unreal.”

During this time, Curry also got to witness another part of life, also unreal to him. So, when out on fashion shoots in far-off corners of the world, Curry began carrying a camera to document his travels.

“Everybody would be staying in the beautiful resorts and spend all their time there,” he says. “I would wander around and try to find the way the people there really lived. I wanted to see the real thing.”

On these trips, Curry began exploring the flip side to the world of high fashion. What especially caught his eye and became the focus of his camera lens were the everyday activities of people whose lives had not been touched by the mainstream. His work soon became a collection of photo essays, which he is in the process of publishing as a book.

“That is what inspires me. I love people who are living their lives in a natural way — the ones who are still real. Those are beautiful people.”

This image of natural beauty has shaped Curry’s philosophy on life and politics and, in many ways, is responsible for his relocation from Los Angeles to Citrus County. Even more influential on Curry has been Native American culture and the tribe members who showed Curry a way of life that was disappearing.

Spending time in sweat lodges and even participating in his own “vision quest,” Curry became connected with Native Americans and uses many of the elder’s teachings in his daily life.

He doesn’t own a television and tries to always be aware of the natural environment. But the conservation doesn’t end with recycling aluminum cans. In fact, he goes much further in his push to protect the environment.

In the late ‘80s, Curry and a group of celebrities that included singer John Oates (the lesser half of Hall & Oates) and Gary Fisher (the inventor of mountain biking) trekked through a remote valley in Montana where they made a documentary that showed the impact of the logging industry on the forests.

After making the film, Curry worked with lobbyists in Washington to tighten logging restrictions. It is this kind of activity that Curry said moves him the most.

When searching for a place to live, Curry and his wife, Debra, insisted that their new home have a way of life untouched by big-box shopping and urban development. While searching the Internet, Curry discovered Crystal River and soon bought an old, cracker-style house.

He and his wife, along with their four-year-old son, left the glitz of Los Angeles and now call Citrus County home. They haven’t looked back.

While still shooting fashion photography and modeling, Curry has begun working more on photojournalism and publishing another book, this one documenting the world of “ultimate fighting.”

At 50 years old, Curry has fond memories of his life in the fashion world, but now is angling his career more towards artistic expression and photojournalism.

But as he switches his focus in his career, he still looks back at his early accomplishments with great pride.

“I’ve had the opportunity to meet many of my icons,” Curry emphasizes, “and that means a lot to me. The path I was able to follow really opened up a great opportunity. I wouldn’t change anything.”