At the heart of a community are its family owned and operated businesses. Some of Marion County’s oldest companies share how they’ve stood the test of time.

Since Florida businesses reopened under the Phase 3 announcement in late September, local business has started to pick back up—although nowhere near pre-COVID-19 levels. A Florida State University study in June showed that 10 percent of Florida businesses were closed either temporarily or permanently and around one-third had to lay off employees.

With the future still uncertain for many Marion County small businesses, we asked some of our community’s oldest local businesses for inspiration, to find out how they survived the economic recession of the early 1980s, the Great Recession of 2007-2009, and for some, even the Great Depression.

Just two years after the great fire ravaged Ocala’s business district on Thanksgiving Day in 1883, Keever McKay began offering funeral home services as part of a downtown general store. John Hiers purchased the funeral home shortly after the Great Depression, in 1936, and when Ocalan Dennis Baxley joined the company in 1970 it became Hiers-Baxley Funeral Services as we know it today. According to Community Outreach Manager Leena Williams, research by the Historic Ocala Preservation Society shows Hiers-Baxley to be the oldest continuously operating business in town. Williams says staying true to their mission has been key to their staying power.

“In business, and particularly in difficult times, there are core truths which allow us to navigate through the journey,” she explains. “Our core truths are partnership, relationship, innovation, compassion and a people focus. When you know who you are and why you do what you do, perseverance comes as a byproduct, because you believe in your mission and what it means to the community you serve.”

“Stay true to what you believe and why you exist,” she advises. “Focus on what you can do to serve consumers regardless of the circumstances and never stop innovating solutions that go where the consumer is headed.”

Growing with the Community

Just over 100 years ago, H.D. Peebles drew on the experience he gained while working for two local furniture stores and opened his own. After World War II, Peebles’ son-in-law, Madison Koontz, joined him in running Ocala Furniture Company. Business was booming as more families purchased homes and, in 1953, the renamed Peebles-Koontz Company built a brand-new store just south of downtown Ocala, where Koontz Furniture and Design is still located today.

The company has seen U.S. 441 go from a two-lane road to a six-lane highway. They’ve seen trends in furniture sales go from selling pieces directly off a truck that drove around the county to drawing in customers with the design-forward displays that are at the heart of their current showroom.

Vice President Mak Koontz says they’ve “always approached their business like a family, taking care of each other” as well as taking care of their customers, selling quality pieces that “will last a long time.”

Michael says the company intends to continue to grow with the community and implement new technologies for online shopping while preserving the passion that has kept them going for more than a century.

Gause & Son Jewelers has been a cornerstone of Ocala’s downtown square since Mr. and Mrs. Otha Gause opened Marion Jewelers in 1950. Their son Jerry would change the name when he took over the store, which is now managed by his daughter, CEO Cammie McLeod. She attributes the company’s longevity to good, old-fashioned hard work.

“My dad, Jerry Gause, always said, ‘Never give up. Always plan for the good times and bad, and have a positive attitude.’” McLeod remembers her dad also advising her to “stay the course, keep great service and always have great people around you.”

“Even when things are tough, we always tried to keep our standards high,” Teddie remembers. “We always want to give our customers the very best. We always stood for quality.”

Evolving with the Times

In the 1950s, as Ocalans cruised the streets in the first Chevrolet Corvettes and Ford Thunderbirds, enjoying cars’ new luxury options such as air conditioning and power windows, a less-visible but transformative invention revolutionized driving: the automatic transmission. 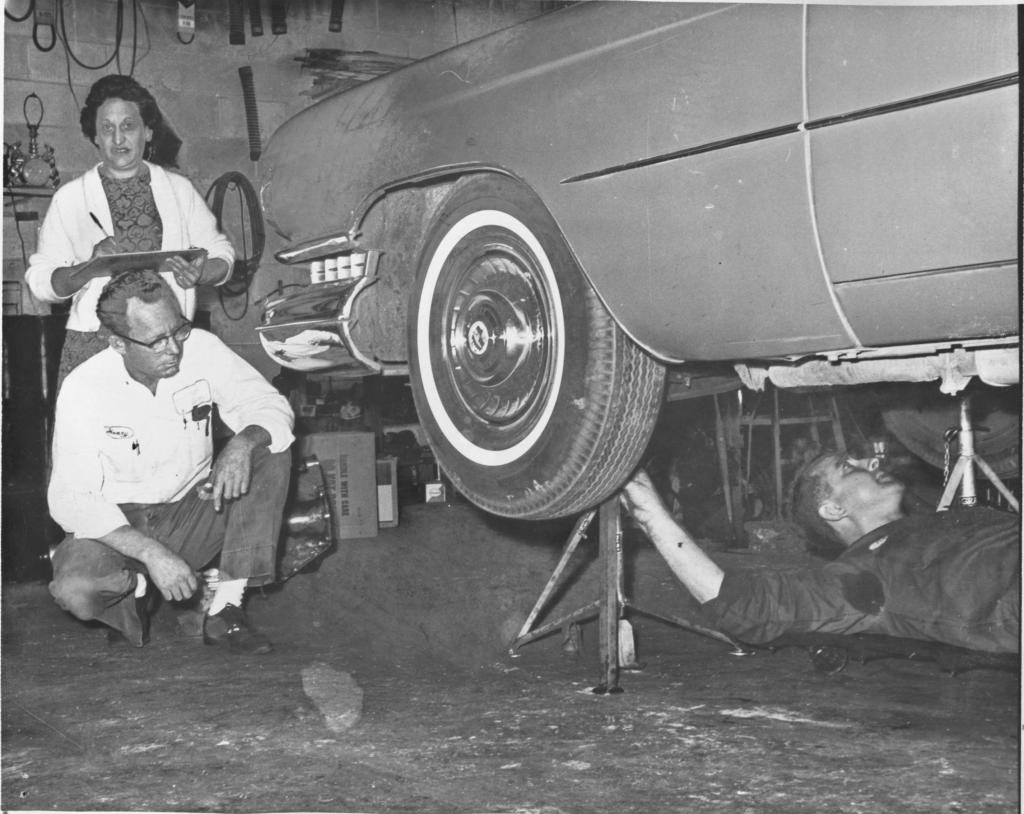 In 1954, Ocala native Henry Turner opened the community’s first automatic transmission shop, Turner’s Transmission Service. He believed Ocala deserved to have a shop completely dedicated to transmission services, and he ran his business with wife Esther by his side.

“If a mechanic is a car doctor, a transmission shop is the specialist,” Kinsey explains.

He believes Henry’s legacy is alive and well today.

“Hard work, family struggle and, many times, just sheer determination, has made Turner’s one of Ocala’s oldest family businesses,” he says, noting the company has made it through many ups and downs.

“Owning and operating a small business is no easy feat,” he admits. “But if you work hard, stay the course and are prepared to grow and evolve with the times, the American Dream is still a possibility.”

In 1961, young mother, dancer and Ocala High School graduate Honey Nick opened Honey’s School of Dance. Now over 80 years old, the active great-grandmother still goes to the studio every day to see the dance students and teach a class when needed. She taught her daughter, Shari Paglia, and granddaughter, Dianna Woodall, both accomplished dancers and now co-owners of the studio, to dance and to inspire a passion for creative movement in young people.

Now in their 60th season, through their multi-generational leadership, Honey’s offers girls and boys the opportunity to learn ballet, tap, jazz, hip hop, contemporary dance, clogging and acrobatics, and to participate in competition teams.

Their motto is painted on the waiting room wall: “Psalm 149:3 – Let them praise His name with dancing,” and Woodall says they advise other small businesses “to lean more on the Lord and trust that His plan is much better than anything we could imagine.”

“It’s been a difficult year,” Woodall admits, explaining that the studio had to adopt virtual class formats. But through it all, they keep dancing, Woodall says, and she keeps this optimistic outlook: “We will get through this together.”

Going Above and Beyond

According to owner Charlie Chappel, Ocala Heating & Air Conditioning is Marion County’s oldest established air conditioning and heating company and has been in business since 1964. His family purchased the company in the early 1980s, and Chappel worked side by side with his mom and dad, starting in high school, learning the family business from the ground up. When he joined the company full time after graduating in 1987, he remembers they had only four employees. Chappel took over the company when his parents retired 20 years ago and since his wife and co-owner Joy joined the business in 2005, they’ve grown to 21 employees.

“We pride ourselves on giving our customers above and beyond what they expect, with the highest quality of work from our top-notch team,” Chappel says. “Our company has been through ups and downs over the years and we have continued to move forward.”

Chappel credits their success to the “awesome” team members they consider friends, some of whom have been with the company more than 20 years, and their “very dedicated customer base.”

“We always discuss treating our customers’ homes and businesses as if it was your own,” Chappel reveals. “We really love and appreciate our community that we live in and provide services for and look forward to many more years.”

On East Silver Springs Boulevard in Ocala, behind a simple sign that reads “Jim Jernigan’s Studio,” generations of local families have had their family portraits, baby pictures, professional headshots and senior pictures taken. Started by Jim and Betty Jernigan in 1947 and in its current location since the 1960s, the studio’s venerable tradition continues today with owners John and Sheila Jernigan, who say their story is “a lifelong love of art.”

“The philosophy that Jim Jernigan passed down is to treat every person the same, no matter how small or large the job,” says John, who grew up immersed in his father’s photography and art. Seventy-three years later, John and Sheila say they put “100 percent of our creative energy into everything we produce.”

The couple are experts with business and product photography and branding, and those services are how they’re helping other local small businesses in what they point out is “not a typical year.”

“Strengthen your business by positioning yourself in marketing through brand awareness,” the Jernigans advise. “This will build business today and set you up for future business.”