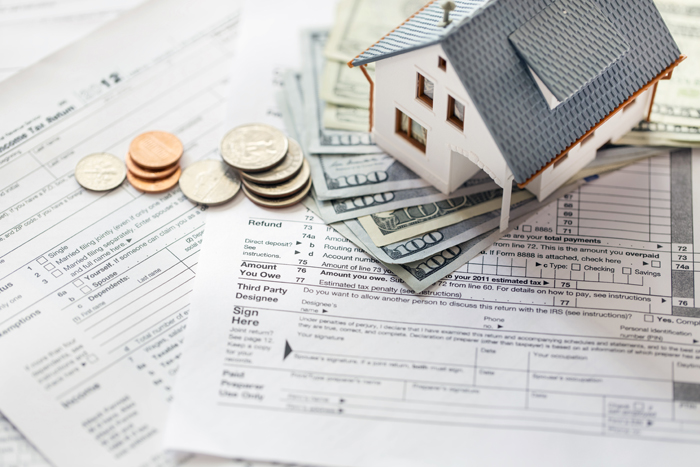 The changes you should know about for the 2017 tax year.

You have your getaway planned, your dream car waiting to be purchased or a credit card balance anticipating that lump of tax return money. For many of us, that’s the way it works during tax season, and if that’s you, listen up. This year, some taxpayers will have to wait longer for their refund.

The IRS has heightened security to nip tax fraud in the bud, and effective since January 1, they will be holding Earned Income Tax Credit- and Additional Child Tax Credit-related returns until February 15. That’s one of the changes the IRS made to tax laws for the 2016 filing season. Now that it’s the new year, you can get a head start on your financial planning because we’re here to fill you in on the most important tax law changes that will affect next year’s filing season.

Federal income tax is based on your annual income. That’s what your W-2 tells you at the end of each year. The more money you make, the more taxes you owe. Your income amount puts you in the appropriate tax bracket, and the brackets are divided into the following percentages of owed income: 10, 15, 25, 28, 33, 35 and 39.6. The marginal tax bracket you fall into represents the tax rate you have to pay. You could jump from one bracket to another if your earnings increase, but only the money you earned within the higher bracket will be taxed at that higher rate.

Tax rates increase every year to account for inflation. This year, the income owed within each bracket has increased by a few hundred dollars, at the most.

This is an amount single taxpayers and married couples filing separately can subtract from their taxable income. This year’s deduction of $6,350 is up $50 from last year’s. The amount for married couples filing jointly has increased by $100 since 2016 and is now $12,700. And the standard deduction for heads of households went up $50 to make it $9,350 for 2017.

High-income taxpayers who itemize deductions—like charitable donations, home mortgage interest deductions, state and local tax deductions and miscellaneous ones—are subject to Pease limitations, which just means the total of their itemized deductions must be reduced by the lesser of these two amounts:

In other, less-complicated words, the amount of itemized deductions above a certain limit will be minimally reduced.

For every dependent and taxpayer you claim on your tax return, you get tax-free money to deduct from your total income amount. This year’s personal exemption amount is $4,050, the same as last year’s. Keep in mind that for high-income taxpayers, phase-outs (reductions of tax benefits) begin at different levels of adjusted gross income. The purpose of phase-outs is to keep tax benefits going to low- and middle-class taxpayers. Your level of income will determine whether your personal exemptions are affected by a phase-out.

Let’s say you’re a high-income taxpayer who qualifies for low tax payments because of tax benefits. You would have to pay a supplemental tax, the Alternative Minimum Tax. The AMT was set up by the IRS to limit the benefits that some high-income taxpayers receive. Because of this tax, certain individuals, corporations or estates can’t get away with avoiding taxes; they must at least pay the AMT amount.

To prevent this tax from potentially affecting low- and middle-class taxpayers, AMT exemptions were established. Lower-income taxpayers subtract exemptions from the minimum tax amount, while high-income taxpayers phase out of the exemptions making them ineffective toward the AMT. Now, these exemptions have been permanently adjusted for yearly inflation.

The maximum amount taxpayers filing jointly with at least three children receive under the Earned Income Tax Credit (EITC) is $6,318. For the Child & Dependent Care Credit, the only amount that will change is the credit amount determined to be refundable, which is $3,000 in expenses.