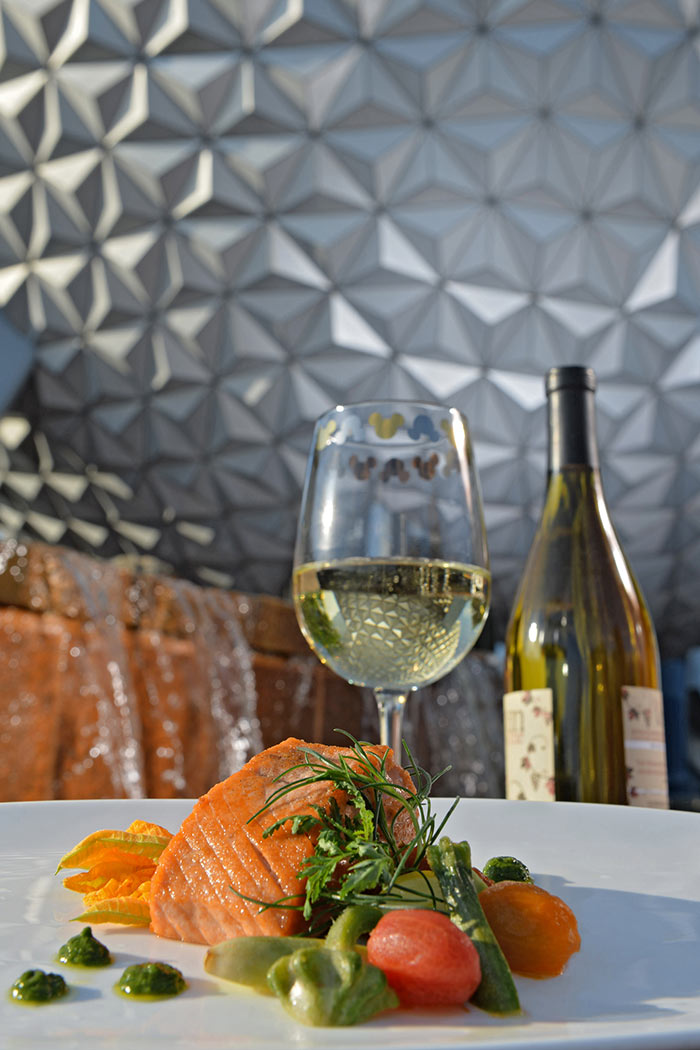 Indulge in an exquisite assortment of culinary creations from around the world without having to step foot outside the state of Florida at Epcot’s International Food & Wine Festival. The 2015 festival will run from September 25 to November 16 at the Walt Disney World Resort and will be centered around celebrating the festival’s 20th year.

Fitting to this year’s 20-year theme, Disney chefs are bringing back all-time guest favorites to complement a few new delectable dishes. New wine tastings, rockin’ parties, celebrity chef demonstrations and food experiences will please both veteran festival-goers and first-timers. In addition, Chef Remy of Disney’s animated film Ratatouille will kick off a culinary scavenger hunt that is sure to keep kids of all ages on their toes.

The first International Food & Wine Festival took place in 1996, with the event spanning across 30 days and featuring 25 marketplaces. The first Party for the Senses began in 2002, which offers guests a unique culinary dining experience and the opportunity to mingle with talented chefs.

Disney’s Party for the Senses is hosted every Saturday during the event and will feature more than 50 types of wine and beer to pair with a wide selection of food. General admission for the elegant event is $145 and includes live entertainment.

Twenty delicious years later, the event’s popularity has grown and has even been praised by the Travel Channel as one of America’s top food festivals. Now, Epcot’s Food & Wine Festival stretches across a whopping 53 days and offers nightly Eat to the Beat concerts, signature dinners and tasting events you won’t want to miss. For the guests who want to burn off those extra calories, Disney hosts a Wine & Dine half marathon that has attracted over 20,000 runners from around the world.

Munch Along With The Music

This year’s rocking lineup of pop artists will include 18 fan-favorite bands as well as four new festival acts. New to the scene are Tiffany, Everclear, Maxi Priest and Chaka Khan who will be tuned up to serenade you during the Eat to the Beat events. Jo Dee Messina, Rick Springfield and The Pointer Sisters will rock the America Gardens Theatre stage during concerts at 5:30, 6:45 and 8pm daily. Check out the lineup and some of their notable songs:

(Songs listed are for artist recognition only and may not be included in the concert play list. The lineup is subject to change and included with Epcot admission.)

The Man Behind The MMM

With a culinary team of 350, Executive Chef Gregg Hannon is one of the biggest influences behind the sensational dishes and drinks at the event. He participates in the year-round research, menu development and preparations for the festival marketplaces.

And Gregg knows Disney cuisine. He began his career at the Magic Kingdom Park, where he was a chef at multiple venues, including Tony’s Town Square and Cinderella’s Royal Table. He also took up the chef role at the California Grill inside Disney’s Contemporary Resort and was chef de cuisine for almost seven years at Disney’s Yacht & Beach Club Resorts.

After graduating from the Walt Disney World Culinary Apprenticeship Program in 1993, Gregg traveled to Europe for a chef position in Germany. He returned to the states and ultimately joined the Disney culinary team. He joined the culinary task force for launching the Disney Dream cruise ship in 2011 and worked as the Epcot chef de cuisine during the festival years of 2010 to 2013.

Gregg was also chef de cuisine of Disney’s Grand Floridian Resort & Spa convention center before he returned to Epcot to become the executive chef in the fall of 2014. Since then, he has been working hard to conjure up an amazing menu for this year’s festival.

Q:How do you come up with the featured recipes for the Epcot Food & Wine Festival?

A:We start researching three to four weeks into the current festival by walking around and gaining guest feedback. We also watch the flow of the menu items and beverages during the festival to see what items are moving well. We take into consideration the storyline or theme of the festival and try to develop a menu around it. This year’s theme is “Celebrating 20 Years,” so we have brought back many of the guests’ favorites, such as the escargot with garlic butter from France.

Q:Do festival-goers have access to the recipes they try?

A:We have a festival cookbook available for purchase at the festival center that contains a good amount of the recipes that we serve to our guests. This year’s cookbook will be a special edition with a historical timeline of the Epcot Food and Wine Festival and will feature stories and photos of past events.

Q:What’s the trick to pairing food with wine?

Q:What are your favorite dishes?

A:That’s a hard one. I like the beef tenderloin dish from Africa, the roasted pork from Korea and the grilled lamb with mint pesto, feta cheese and salt and vinegar potato crunchies from Australia. I developed the recipe for the Pepper Bacon Mac and Cheese, which we think will be very popular at this year’s event.

Q:Are there plenty of options for festival-goers with special dietary needs?

A:Yes, we offer vegetarian options at certain marketplaces and take into consideration a wide variety of dietary needs such as those requiring gluten-friendly dishes.

Epcot tickets, which include festival admission, start at $97. For more information, visit disneyworld.disney.go.com.

If all of this food talk is making your taste buds dance, try whipping up a little something from this year’s festival on your own. The generous chefs at Epcot didn’t mind sharing a few of their favorite recipes so you could give it a go at home.

The Farm Fresh Marketplace debuted in 2014 to showcase the freshest regional products and dishes. This Pepper Bacon Mac and Cheese is the ultimate indulgence and a contemporary take on a taste of childhood, made with four kinds of cheese and topped with crunchy breadcrumbs and a flourish of crispy bacon. Serves 6

Cook pasta according to package directions. Drain and set aside. Cook pepper bacon until crisp. Chop, and set aside. Reserve 2 tablespoons of grease. Heat grease in a medium-sized skillet over medium heat for 3 minutes. Add onion, green pepper, red pepper and jalapeño. Sauté for 3-5 minutes, until vegetables are warm but still crisp. Set aside.

Heat cream in large saucepan over medium heat. When it begins to simmer, slowly stir in all of the cheese, mixing well to melt cheese.

To assemble and serve:

Preheat oven to 350°F. Combine cooked pasta, vegetables and cheese sauce in a large bowl.Pour into a 9×13-inch baking dish and top with breadcrumbs. Bake 15 minutes, or until breadcrumbs are golden brown. Remove from oven and sprinkle with green onions and bacon. Season with salt and pepper. Serve hot.

What to drink: Try a Washington State Riesling, with the aromas and flavors of white peach, grapefruit and sweet lime.

Australia(Festival debut 1997 and back for celebrating 20th anniversary)

Considered the “national cake of Australia,” this tender sponge cake is cut into little squares, then dipped in chocolate and sprinkled with coconut. Makes 16 small cakes 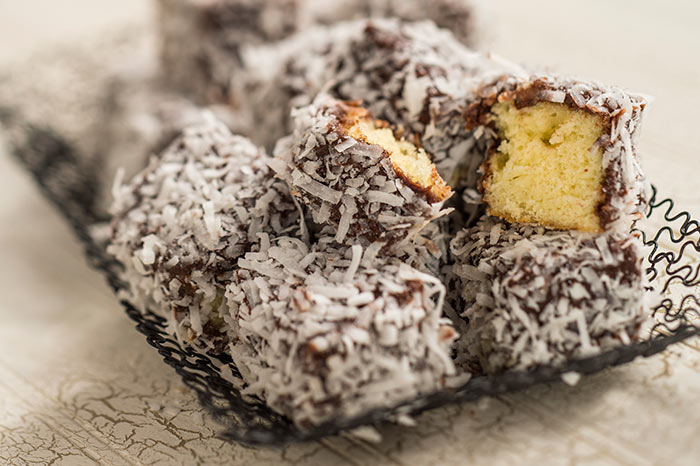 Preheat oven to 350°F. Lightly grease an 8-inch square cake pan.Sift flour, baking powder and salt. Set aside. Cream butter and sugar in bowl of electric mixer until fluffy. Add eggs, one at a time, mixing well after each egg. Mix in vanilla. Turn off mixer. Add half of flour mixture with a spatula. Add milk, followed by remaining flour mixture. Stir well to combine. Spread batter into prepared cake pan. Bake 25 to 30 minutes, until a toothpick inserted in center of cake comes out clean. Remove from oven, and cool on a wire rack for 5 minutes. Run a knife or offset spatula along sides of cake pan; then flip onto wire rack to remove cake. Allow to cool at least 2 hours. Cut into 16 squares, and place in an airtight container; refrigerate for at least 2 hours and up to 1 day.

Combine ingredients in a double boiler or a heat-proof bowl placed over a saucepan of simmering water.Whisk until butter melts and mixture is smooth and dipping consistency, about 5 minutes. Set aside and keep warm.

To assemble and serve:

Place coconut in a large bowl or pie pan. Place wire rack over wax paper. Dip 1 square of cake in icing, making sure to coat on all sides. Roll coated cake in shredded coconut. Place on rack, and repeat with remaining squares. 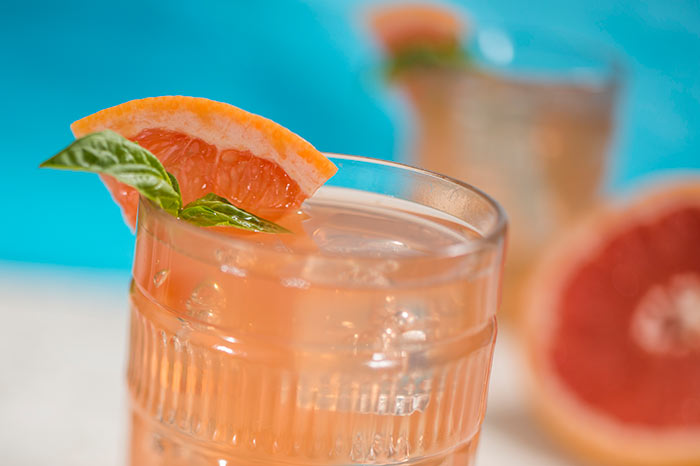 Scotland joined the Marketplace lineup in 2000 for one year and returned in 2013. This new cocktail for 2015 pairs nicely with the seared sea scallop with spinach-cheddar gratin, also on this year’s menu. Serves 1

Fill a shaker glass with
Posted in Ocala Style Features