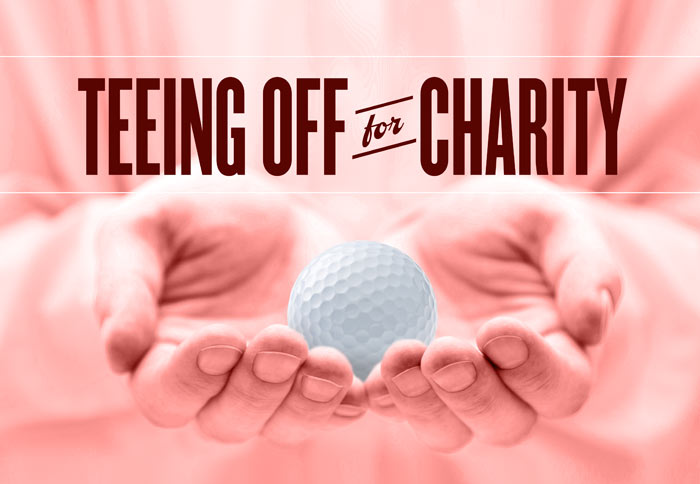 Teeing Off for Charity

When the LPGA Coates Golf Championship, presented by R+L Carriers, rolls into Ocala this month, several charities with local connections will be on the receiving end.

“Mollie and Randall Coates, title sponsors and owners of the tournament, personally chose the charities they felt closest to,” says Libby Peacock, tournament marketing director. “The charitable amounts given during the tournament are based on contributions from sponsors, as well as any revenue generated through the various tournament ticket sales. The Coates Golf Championship has a goal of $200,000 to $300,000.”

Here’s a look at the four charities that will benefit. 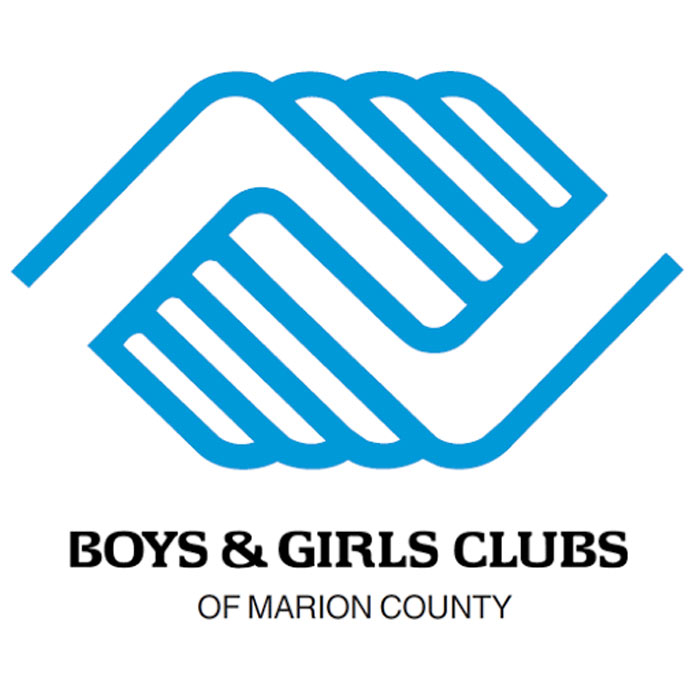 In 1860, the first Boys Club opened in Hartford, Connecticut, started by a group of women determined to offer a positive alternative to boys with nothing better to do than roam the streets. In the decades since, girls were also brought into the fold, and in 1990, this long-standing national organization officially changed its name to Boys & Girls Clubs of America.

Character development remains the focus of the club, whose mission statement strives “to enable all young people, especially those in the most need, to reach their full potential as productive, caring, responsible citizens.”

The Boys & Girls Clubs of Marion County was launched in the late 1960s and follows the national organization’s mission of offering “a safe place to learn and grow, ongoing relationships with caring, adult professionals, life-enhancing programs and character development experiences, hope and opportunity.”

“Our goal is to serve the kids who are most in need and at risk,” says Michael Warren, president of the board of directors. “One of our fundamental commitments is that no child is turned away, so we have a very nominal annual membership fee, and even then some children attend by scholarship.”

Approximately 1,000 children are currently members of the three area clubs, which are located in Ocala, Silver Springs Shores and Dunnellon. On any given weekday, these clubs serve about 300 children in after-school programs. During the summer, as many as 500 kids are present each day between the three locations.

“The kids have a place where they can have fun recreational activities after school but also get help with their homework and mentoring from adults,” says Warren. “The idea is to bring them into a place that’s safe and fun that also gives them the most opportunity to succeed.”

Programs and services provided by the Boys & Girls Clubs include education and career development, character and leadership development, health and life skills, the arts and family support. The club is open daily, offering a positive, productive environment when kids need it most. In addition to full-time, trained staff, adult volunteers graciously give of their time and energy to serve as mentors and positive role models.

“We have teenagers in our club doing service work in the community,” says Warren. “These kids aren’t just receiving; they’re giving to the community.”

As for the club benefiting from the golf tournament, Warren adds, “We are just grateful to be involved and that they would think of us. It’s a great opportunity for Marion County as a whole, and we’re excited to see this tournament happening here.”

The First Tee of Greater Ocala

In 1997, The First Tee initiative began as a way to expose young people to golf and its positive values. It has blossomed into a non-profit world-wide youth service organization with more than 200 chapters that have impacted over 9 million young people. The First Tee of Greater Ocala was launched in 2012 and has already served over 1,000 area children.

The First Tee offers a hands-on, practical solution to the many challenges facing kids today. It’s open to youth ages 5 to 18 from all backgrounds.

“It’s a youth development program for all kids, and they can start at any time,” says Chris Wilson, executive director of The First Tee of Greater Ocala.

Integrity, respect, sportsmanship and perseverance may be inherent to the game of golf, but they’re also crucial in everyday life. The First Tee program was created to teach such values as part of basic golf instruction.

“We teach core life and relationship skills and values, as well as healthy life habits. It goes way deeper than the golf course,” Wilson notes, adding that participating students learn about “responsibility, courtesy, how to make decisions by thinking about the possible consequences, how to set goals, how to define those goals, the importance of maintaining a positive attitude, as well as the importance of showing respect for others.”

Parents can sign their children up for The First Tee, which provides golf instruction at partnership golf course locations and in participating local elementary schools.

“We have a presence in 19 of Marion County’s 30 elementary schools and have trained school PE instructors and provided equipment and training so they can teach their students,” explains Wilson. “This year alone, we’ve had 600 kids involved at our partner golf course locations, which are Pine Oaks, Candler Hills and Ocala Golf Club. We’re active about 40 weeks out of the year, and kids can come in at any time.”

About 70 percent of the enrolled area children participated free of charge, thanks to a scholarship program, which is funded primarily through local donations and grant writing. Local chapters are not funded by the national organization and must raise their own funds. They also rely on interested adults from the community to help as mentors and program volunteers. 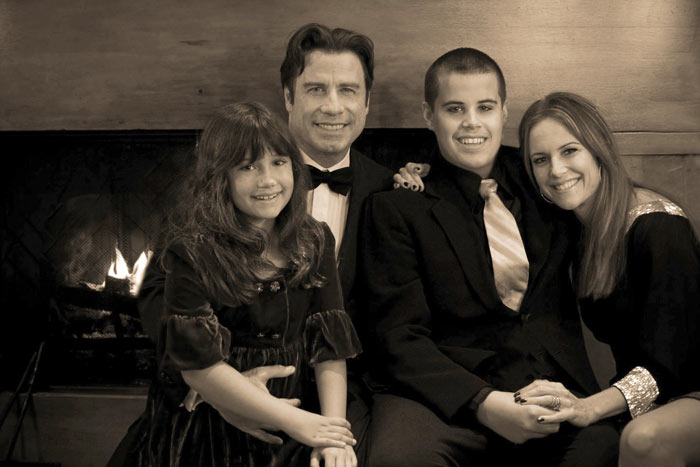 When their 16-year-old son, Jett, passed away in January 2009, John Travolta and Kelly Preston were devastated. While a void will always remain in their hearts, the couple was determined that something positive would come out of their heartache.

Later in 2009, they established The Jett Travolta Foundation, a non-profit charitable organization based in Florida and created to help children from a variety of disadvantaged backgrounds. The Foundation directs its resources to a variety of causes, many of which directly benefit children in the Marion County area. Some of these children have vision, hearing, mobility, communication, behavior learning impairments or special needs in health and education.

“The Jett Travolta Foundation has been very fortunate to be able to raise and donate money over the years for a variety of charitable purposes, including without limitation, to help children with special needs, autism, those suffering from seizures and those with other special needs,” notes John Travolta.

“We appreciate the opportunity to partner with the LPGA tournament in raising money for these causes,” adds Kelly Preston. “Many of the beneficiaries of the foundation are based in and around the Ocala area, and hence, some of the monies raised through the tournament will find its way back into the community.”

Coates Golf, LLC recently announced John Travolta and Kelly Preston as two of the honorary co-chairs of the Coates Golf Opening Night Gala. The January 25, 2015 gala is the kickoff event for the Coates Golf Championship, presented by R+L Carriers.

The Opening Night Gala is an invitation-only event with guests such as LPGA professionals, top sponsors, VIPs and Pro-Am participants. The evening will mark the start of the inaugural Coates Golf Championship as well as the LPGA season. 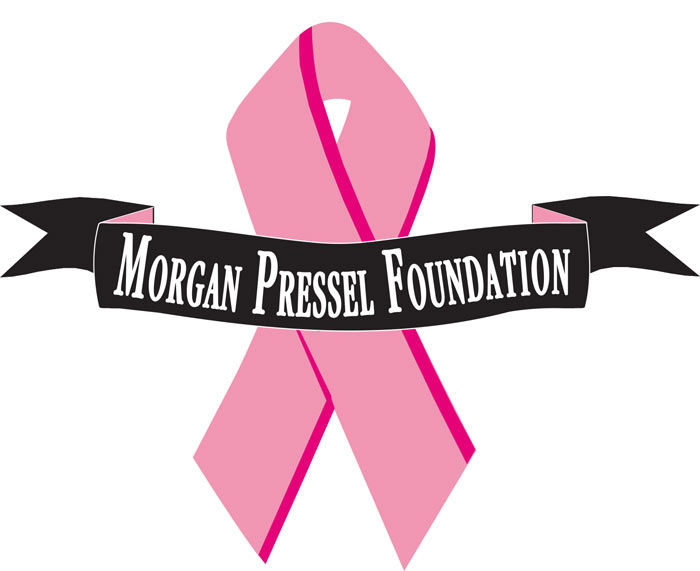 Launched by LPGA star Morgan Pressel, the foundation was created to honor her mother, Kathryn Krickstein Pressel, who died at an early age after a battle with breast cancer. The organization’s mission is to fight cancer—in particular, breast cancer—through early diagnosis, genetic counseling, development of new treatments and basic research complementing all of the above modalities.

In a short six years, the foundation has raised over $2.7 million for the cause. Those funds have been donated to hospitals, medical schools and research institutions to fuel research efforts, as well as aid and support cancer patients.

A major accomplishment of the organization was the 2013 opening of the Morgan Pressel Center for Cancer Genetics at the Boca Raton Regional Hospital Lynn Cancer Institute. The Kathryn Krickstein Pressel Mammovan began operating in 2010, under Boca Raton Regional Hospital. This fully equipped van goes on the road across Palm Beach County and offers affordable breast exams and health care to patients who might not otherwise benefit from the opportunity.

“I’m looking forward to starting my 10th LPGA season with the Coates Golf Championship at the Opening Night Gala,” said Morgan Pressel, LPGA Tour Professional. “The evening promises to be an exciting night for this first-year golf event, and I’m happy to be a part of it.”