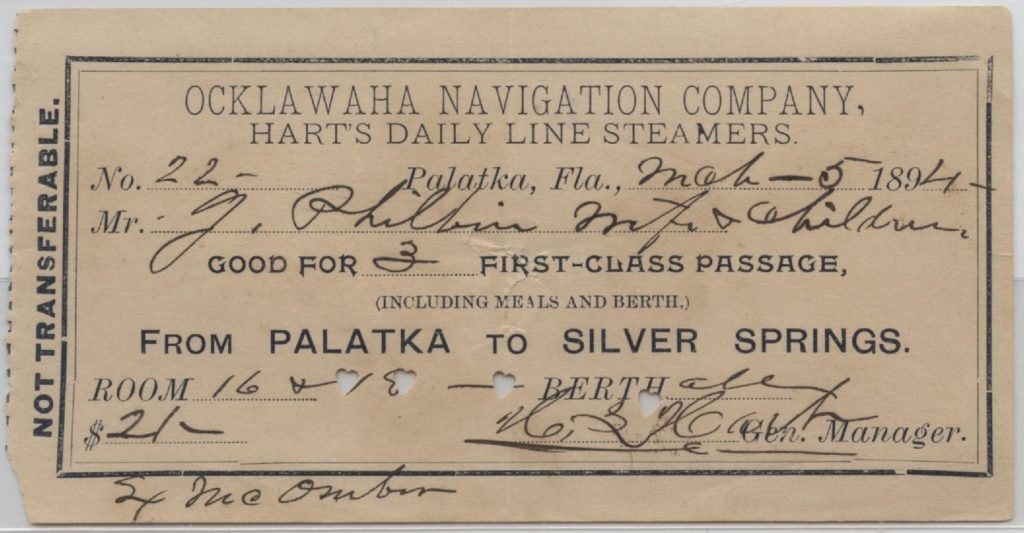 One of Marion County’s distinguishing characteristics is our central location in a very long state.

In recent years, big name logistics centers including FedEx, Chewy, AutoZone and Amazon have come to town, bringing jobs and helping move goods along that concrete river that is Interstate 75. While the vehicles and warehouses are modern and impressive, the idea of Marion County serving as an inland port and commerce center is not new. 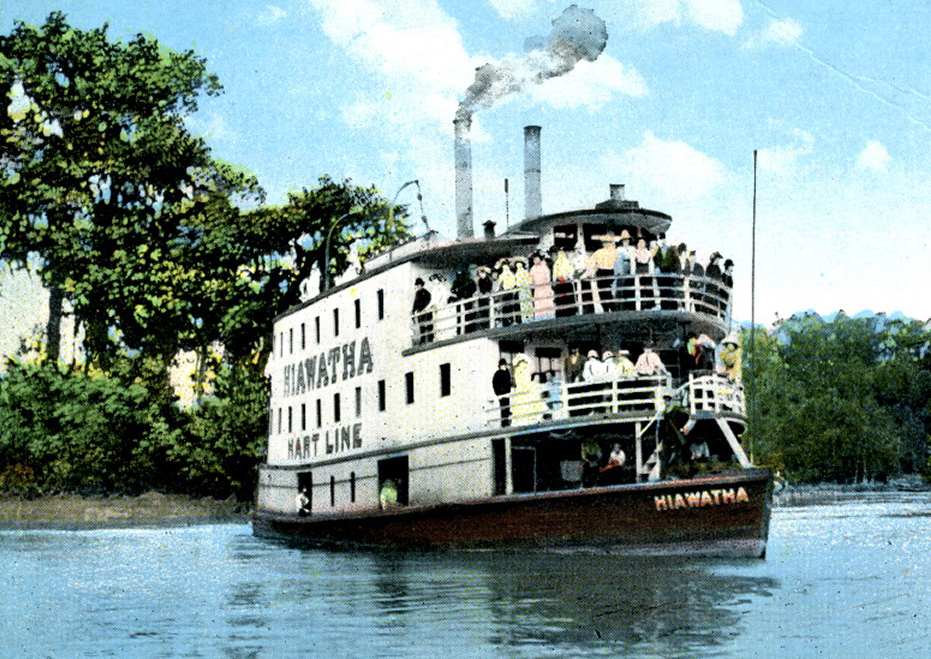 Well over a century ago, commercial steamboats plied the waters of the Ocklawaha and Silver rivers. Relics of the steamboat era are all but gone, though are still found in the names of the places they docked—such as Hart’s Point on the St. Johns River in Palatka and Grahamville or Gores Landing on the Ocklawaha River. The story of steamboats in Florida is fascinating—and they had a role in making Marion County what it is today.

As early as the 1860s, commercial riverboats with steam engines and paddle wheels traversed the twists and turns of local waterways. The real boom in business came after the Civil War, when government contracts were made to clear the Ocklawaha River of snags and debris. This allowed for the delivery of mail, passengers and other cargo. By the 1890s, several competing riverboat lines were making runs to Silver Springs from ports at Fernandina, Jacksonville and Palatka. 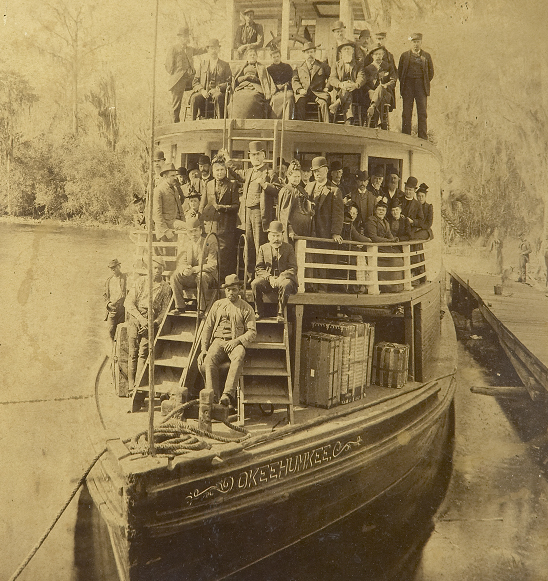 Indeed, one could board a ship at any major port in the world, sail to Fernandina, change boats and reach Silver Springs by riverboat. Some boats traveled as far south as Lake Harris near Leesburg. Steamboats on the St. Johns and Ocklawaha rivers also had the distinction of largely employing Black men as ship’s pilots and crew, which was not the case in many other parts of the country.

Nineteenth century travel across the wilds of Florida was largely done by foot, horseback, wagon or boat, so it didn’t take many trips to realize that travel aboard a riverboat, complete with staterooms and a cook, was the way to go.

The steamers came in various configurations. If you picture a pint-sized Mississippi paddle wheeler from a Huck Finn adventure, you’re in the ballpark. Average boats were about 85 feet long by 20 feet wide and needed only three to four feet of water to float. They had names like the Metamora, Okahumkee, Hiawatha, Sharpshooter and Hel-Kat (a combination of the owner’s daughters’ names Helen and Katherine). They carried wealthy socialites from northern cities on winter pilgrimages to Silver Springs, local folks traveling to and from town, and cargo such as citrus, cotton, turpentine, stock for merchants and even chickens. 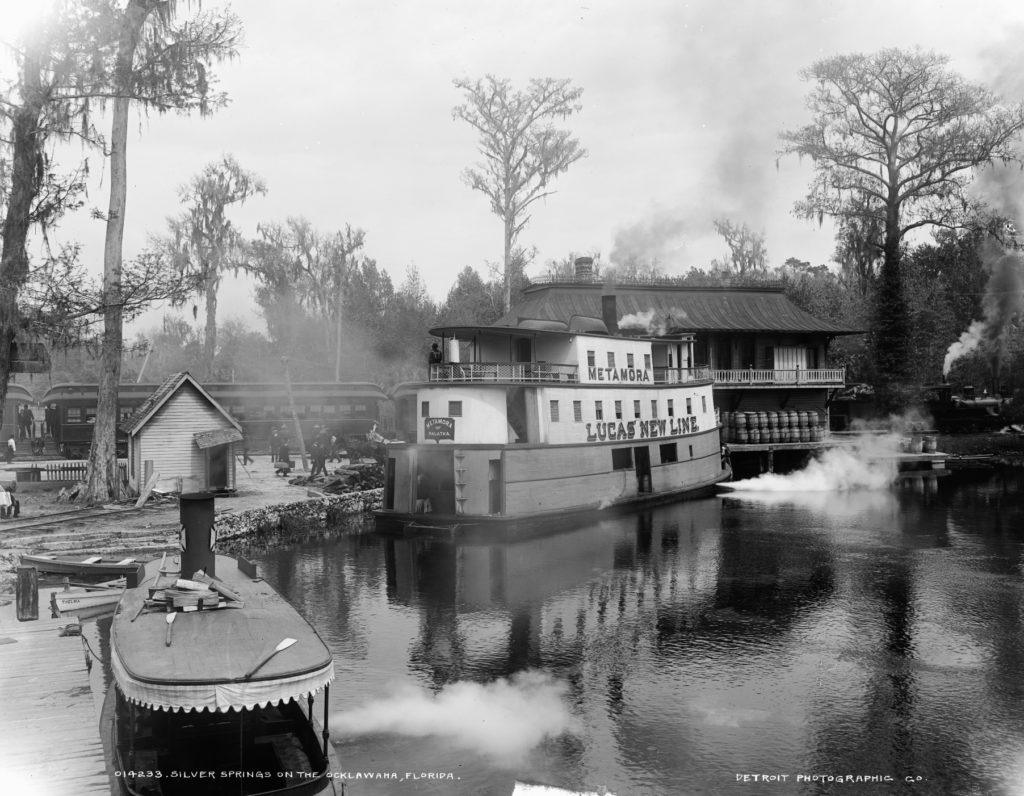 By the early 1900s, Florida was changing fast. While railroads extended the reach of the steamboat lines (they often cooperated to link their lines), the invention of the automobile was the beginning of the end. Commercial steamboat travel to Silver Springs had ceased by 1920 and the age of carloads of tourists had begun. The old steamers were soon forgotten.

While transportation is certainly more efficient now, I can’t help but imagine how nice it would be to cruise our rivers aboard one of these quaint vessels.