Country music star Sara Evans certainly isn’t wanting for projects to keep her busy these days. The award-winning singer/songwriter is putting the final touches on her sixth studio album, releasing a new single just two days after her Ocala concert on September 18, raising a brood of seven kids with her husband, Jay Barker, and penning her third novel. Ocala Style caught up with Evans from her Birmingham, Alabama, home to talk fiction writing, dream duets, and how she keeps her life in harmony. 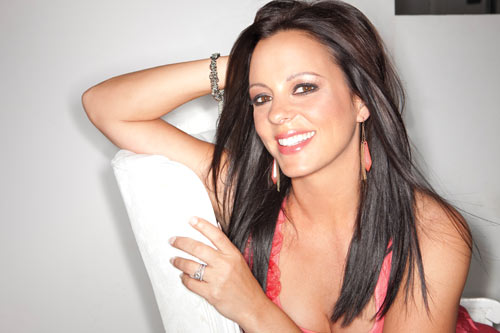 You’re a busy woman, Sara. You have seven kids now—you have three and your husband has four—a huge music career, and a book out with another on the way. But you seem very happy. Are you?

Oh, definitely. I thrive on being busy. If there’s not a lot going on in my life, then it kind of depresses me. [laughs] I got married two years ago in June, so my children and I moved to Birmingham from Nashville because this is where my husband’s from and he has a sports talk show here. We have four boys playing football, and both of my girls are in dance. My son takes drum lessons. I’m about to release a new single, so I’m going to be going everywhere the whole month of September promoting that—taking the kids with me. It’s crazy, but it’s exactly the lifestyle that I love.

Have any of your children shown musical talent?

Oh my gosh, absolutely. Especially my son. He’s obsessed with music. He is constantly listening and learning. He’s a great singer and a fabulous drummer. My girls can sing, too. I just don’t know yet the level of interest that they’ll have.

You recently wrote a book, Sweet By and By, and you have the sequel, Softly and Tenderly, coming out early next year. How did you get involved in writing fiction?

I was approached by Thomas Nelson [Fiction], and they said, “You are a professed Christian, yet you’ve really lived a big, full life. We wanted to know if you’d be interested in writing a book [that] gives a Christian perspective to real-life scenarios.” Once I started the process, the story just kind of kept unfolding in my mind. Some of it is based on my life, and some of it is completely made up. It’s about this girl who has had a rough childhood and goes through a lot. She just has to come to the full-circle fruition of “I’ll always have God, and His love never wavers and never fails.” The second one comes out in January I believe, and then the third one, called Love Lifted Me, we’re working on right now.

As busy as you are, you must just have to approach each day with joy and gratitude.

There are three things that I have to get into every single day in order to feel like everything is right. I have to spend time reading my Bible and in prayer. That’s usually in the morning after the kids go to school. I have to exercise. Then Jay and I love to have a glass of wine at night and spend time talking after the kids go to bed. We always try to get that time in whenever I’m home.

Let’s switch gears for a second and talk about Dancing With the Stars. Did you enjoy being on the show?

That was a bittersweet time in my life. Personally things were kind of falling apart, but I loved being on Dancing With the Stars. My three children and I moved to Beverly Hills, and they put us up in this really cool house. We kind of holed up there. I was either dancing or hanging out at the house. It was a very cozy, fun time. Doing Dancing With the Stars was terrifying, but I loved the challenge. I was really proud of myself for going through with something like that and trying something so completely different from anything I’d done before.

Tell me about the new single, “A Little Bit Stronger.”

It’s a fabulous song that was written by Hillary Scott who is with [the group] Lady Antebellum. I pretty much had my whole album finished and she called and said, “I’ve got this song about a breakup I went through, and it reminds me so much of you. Would you be interested in hearing it?” I said, “Sure, send it over.” I loved it, so we took the band back into the studio and recorded it. It’s also going to be on the soundtrack for the Tim McGraw/Gwyneth Paltrow movie, Country Strong. We’ll be singing it in Ocala.

When the great songwriter Harlan Howard first heard you sing, he thought you sounded like Loretta Lynn. If you could pick anyone to collaborate with, who would it be?