Patrick Ledzian, a 2013 Vanguard High School co-valedictorian, is awarded not one but two prestigious scholarships to pursue a master’s degree abroad. 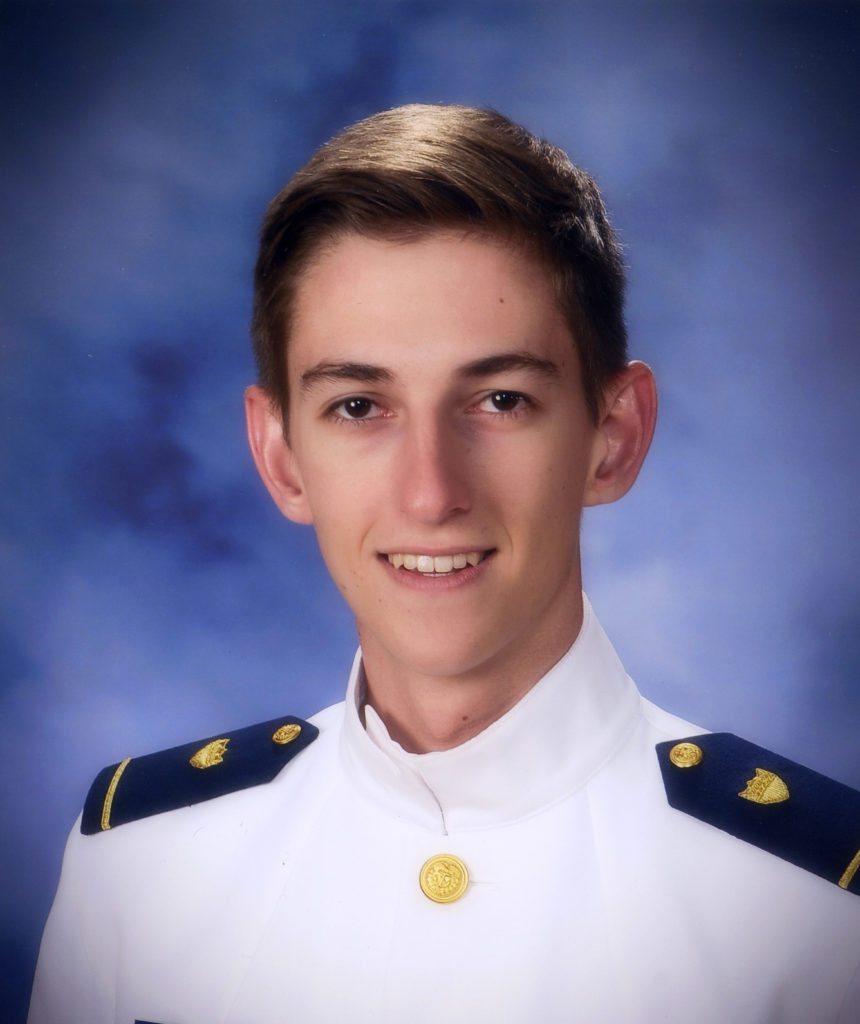 Curiosity may have killed the cat, but a what-if mentality has fueled Patrick Ledzian’s life path.

And although only 21, Ledzian’s accomplishments thus far are quite impressive. In May of this year, he graduated with a bachelor’s degree in electrical engineering from the U.S. Coast Guard Academy. Ledzian was then assigned to USCG Cyber Command in Washington, D.C. before departing for the Netherlands’ Delft University of Technology on August 18.

The reason for the latter is that Ledzian received both the 2017-2018 Fulbright Award and the 2017-2019 Justus en Louise van Effen Excellence Scholarship. In doing so, he became the first USCGA graduate to be awarded two scholarships to pursue the same graduate research project. At TU Delft, Ledzian will work toward earning a master’s of science degree in Systems and Control.

“I’ve always liked to say that I don’t know what I don’t know,” says Ledzian, an avid backpacker and national chess champion who enjoys classical music, Rembrandt and Vermeer. “Growing up, I observed my father (Kevin) doing very interesting things because he was curious about them. He had a career in forestry and was both a mechanical and nuclear engineer. I learned from my father about having a creative thought process to solve problems, to do things in a new way.”

Ledzian segued from an interest in computer science to electrical engineering, which he says “gives you a great perspective of how all the parts work.” While attending the USCGA, Ledzian adds that he was “fortunate to have been surrounded by supportive faculty and classmates that encourage what-if thinking.”

It was while working with other USCGA Honors Program classmates that Ledzian first had the spark of curiosity about the feasibility of using small unmanned aircraft in USCG search and rescue missions.

“A rescue helicopter has to cover hundreds of miles of water,” he says. “But what if you used something the size of a model helicopter and equipped it with a specialized flight control system. Then you could have a fleet of maybe 10 of what we call small unmanned aerial systems (SUAS) to help cover a lot more territory. This is going to be the focus of my graduate work.”

Following the completion of his two-year master’s program at TU Delft, Ledzian has tentative plans to join the Space Technology Mission Directorate at NASA to work as a robotics engineer.

“But I’m also going to stay open to other opportunities,” says Ledzian. “I want to go where my curiosity takes me.”