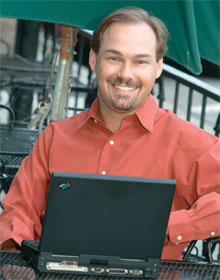 I love living in horse country. No, I don’t ride one, something I’m sure they’re grateful for, but it’s a part of Marion County that I’m proud to share.

I’m no horse expert by any means, but I have learned the difference between a Thoroughbred and a Gypsy Vanner, a Paso Fino and an Arabian (I think). What’s awesome is that they’re all right here in our backyard.

And my favorite “horsey” time is almost upon us. Spring foaling season is magical, like a storybook scene, only without the unicorns jumping around. Okay, so I’m getting a bit carried away with myself, but you be the judge. Take the picturesque drive west on 27 and you’ll see field after field of the tiny newborns, usually tucked neatly under the legs of their mothers. It’s a Hallmark moment that, I believe, too many of us take for granted or have never witnessed at all.

I was kind of forced into all this. You see, it’s hard to be the editor of a lifestyle magazine in Ocala without learning a thing or two about horses. But I’ve had lots of help.

I get to hear great riding stories from Cynthia McFarland and JoAnn Guidry, two of our best freelance writers who also work in the equine trade publications. I got an early preview of Mike Compton’s touching short story about horse racing in one of the Chicken Soup books that we profiled years ago. I made the decision to share Mark Barrett’s amazing horse photography with you, our readers, on two different occasions, and his covers are still among my favorites. (His work is featured on the cover this month, too.) I also enjoyed presenting Sharon Crute’s stunning artwork more than once—as a Horse Fever artist (her “Champ” graced the cover) and later in a more traditional feature on her gallery of work.

I’ve also found myself more attune to the daily goings-on in the equinebusiness community. From time to time, we at Ocala Style like to put that spotlight squarely on our signature business, and that’s what we’ve done with the issue you hold in your hands. Ocala is, after all, the self-proclaimed “Horse Capital of the World.”

So why does this issue seem so divided?

On one hand, we’re proud to present HITS as the lavish, stately, important event that it is. The economic impact alone is immeasurable, but the stories of a few of our local competitors seemed too good to ignore. Their never-ending push for excellence is something we can all learn from, regardless of whether we’re riding horses or punching our BlackBerrys. Associate Editors Karin Fabry-Cushenbery and Kristina Kolesa rounded up four of the best.

On the other hand, our Thoroughbred industry is reeling from this recession. Farms are pulling up stakes, racing purses are down, and foal crops are at some of the lowest levels in decades, a potential harbinger of worse times to come. Again, I’m no expert on this, so we brought in a few real horse experts for another one of Ocala Style’s important forums. I was proud to co-moderate this distinguished panel alongside Florida Horse Editor-In-Chief Mike Compton, who I already mentioned. The discussion was real, informative, and right on the mark. I hope you learn as much as I did.

One thing’s certain—Marion County has many thousands of dedicated equestrians. They spend their days researching pedigrees to plan the best matings possible, memorizing a dressage pattern, or rehearsing the jumps that will lead to a championship. Their bond with horse country is a different one than yours and mine. Theirs is formed as a solo quest between man and beast.

And it’s not one that’s easily broken.

The Ocala Style Top 10 with Dean Blinkhorn, the first Friday of each month at 8am on BIG 92.9 with Bill Barr.
Upcoming shows: February 5 and March 5