Space: the final frontier. Do you want to explore strange new worlds, seek out new life and new civilizations and boldly go where millions have gone before? If so, then a visit to the Kennedy Space Center Visitor Complex on Merritt Island definitely needs to be a part of your vacation flight plan. 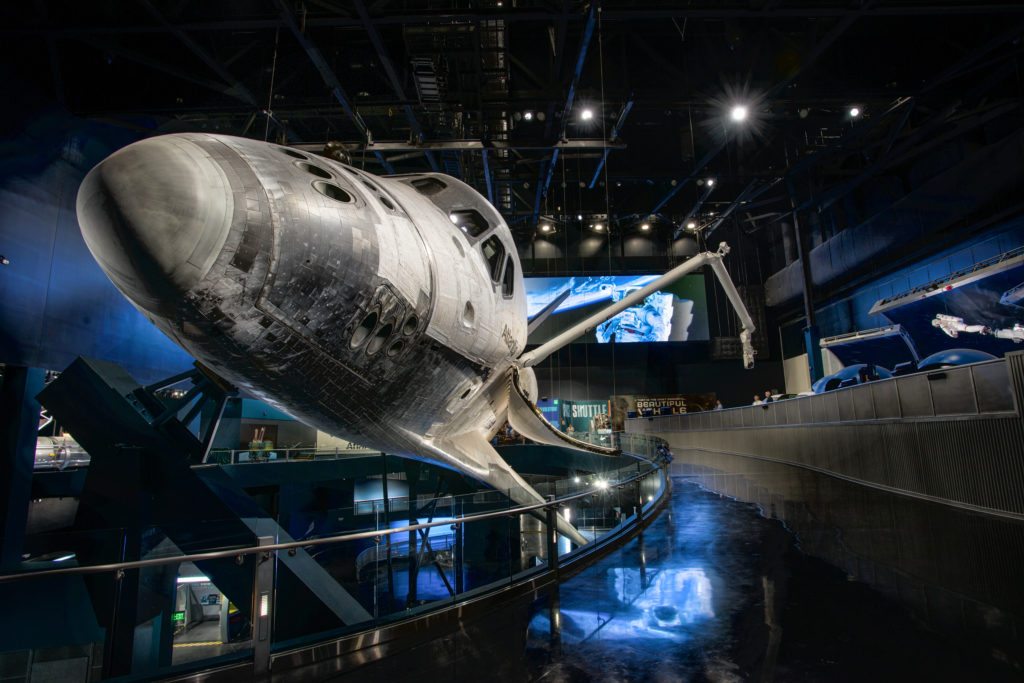 From John Glenn’s Mercury mission to today’s privately owned commercial launches that resupply the International Space Station and deliver payloads into space, the Kennedy Space Center holds special memories for adults of all ages and children alike. Every generation has its own memories, and they can all be rekindled at the Kennedy Space Center Visitor Complex.

“This is the place to experience NASA’s space story,” says Rebecca Shireman, Kennedy Space Center Visitor Complex public relations and communications manager. “Here, you can experience the past, present and future of space flight in America. We have space-flown vehicles on display, like space shuttle Atlantis and Orion EFT-1. You can see a massive Saturn V rocket. There are astronauts here daily who meet with the public, answer questions and tell stories of their space adventures. We have bus tours that travel into the restricted areas of the Space Center itself, visiting the huge Vehicle Assembly Building, the launch pads and the facilities for SpaceX, United Launch Alliance and NASA. If it has to do with space exploration, we have it here at the Visitor Complex.”

The centerpiece of this deeply moving exhibit is the U.S. Astronaut Hall of Fame®. Visitors are asked to reflect on the characteristics they believe define a hero. Then, through utilization of a 360-degree visual presentation and interactive displays that include holograms and space program memorabilia, they become aware of the tremendous courage it took for the early Mercury and Gemini astronauts to truly go where no man had gone before—into the unknown reaches of space. 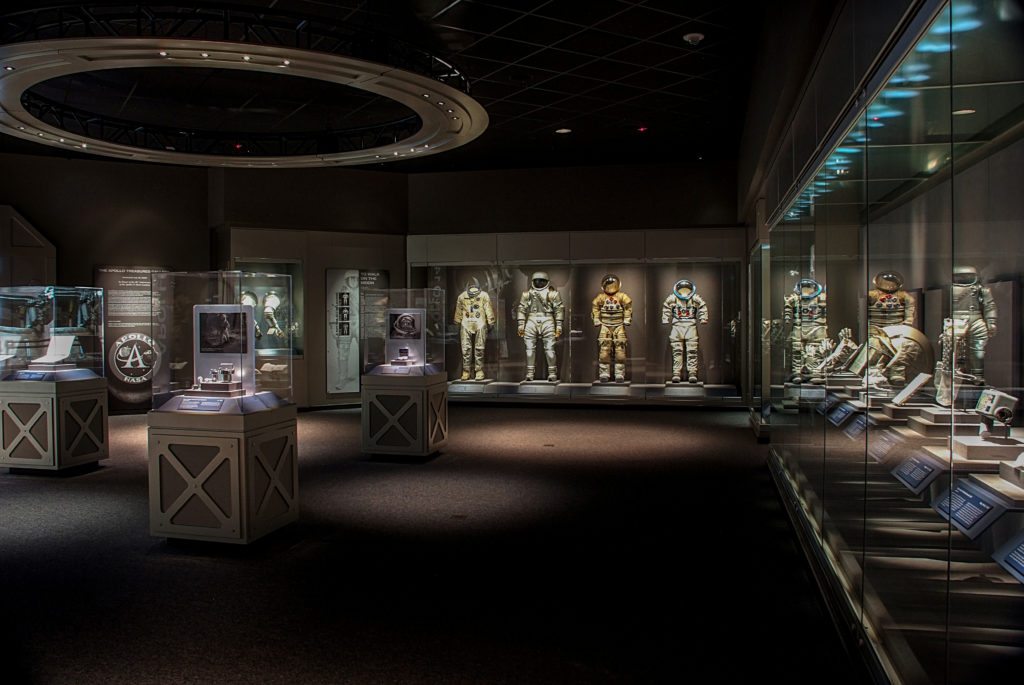 “Heroes and Legends is our most recent exhibit that opened in November 2016. It is such an exciting exhibit,” says Shireman. “If you want to learn about the early space program and the pioneering astronauts who led the way, then you’ll love this exhibit.”

This Mission Zone takes you behind the scenes on an air-conditioned bus tour to places you may have heard about but never thought you’d see. The massive Vehicle Assembly Building, Launch Complex 39 and KSC Headquarters. The tour is included with an admission ticket to the visitor’s center, but for an additional price, you can take a Special Interest Tour that has scheduled stops along the way.

Special Interest Tours include the Kennedy Space Center Explore Tour, Launch Control Center Tour, Cape Canaveral Early Space Tour, Launch Director Tour and Fly with an Astronaut. Visitors are cautioned to plan for only one bus tour per day due to the length of the tours.

Race to the Moon

The moon has fascinated mankind for thousands of years, and anyone who is old enough remembers the exact moment Neil Armstrong took man’s first step onto its surface. This exhibit showcases Project Apollo and its six moon landings. Experience the lunar landing all over again and gain insight into the technology that made a moon landing possible. 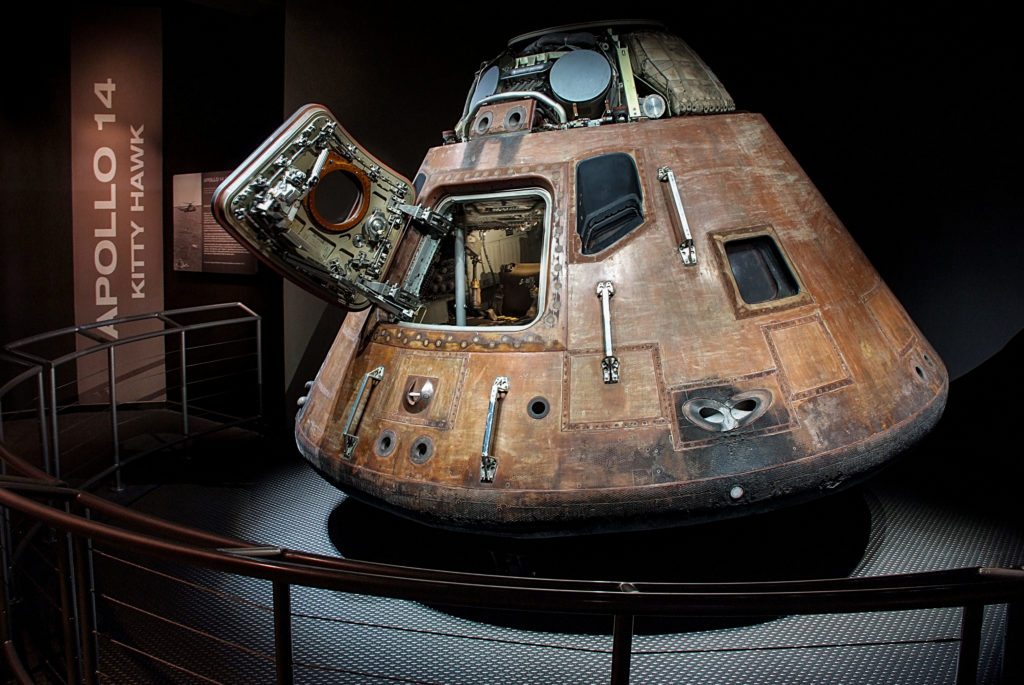 One of the highlights of this exhibit is the Saturn V rocket on display—all 363 feet of it! Also available on this Mission are the Apollo 8 Firing Room, Exploring the Moon, the Lunar Theater, Apollo Treasures Gallery, the Astrovan, the Launch Umbilical Tower and the Moon Rover.

Relive the triumphs and tragedies of the Space Shuttle Program that flew from 1981 to 2011. Learn the history of the program, from conception to retirement, and see space shuttle Atlantis, the last shuttle to fly in space. Interactive displays let you dock and land the shuttle, and the Shuttle Launch Experience is one you will never forget.

NASA Now And Next

Kennedy Space Center was the birthplace of America’s space program, now it is known as America’s Spaceport. Private companies such as SpaceX and United Launch Alliance (ULA) call KSC home. SpaceX launches its Dragon spacecraft into space from KSC using Falcon rockets, and a Dragon spacecraft is on display. ULA launches Delta and Atlas rockets from KSC and hopes to soon begin launching its new Vulcan rocket.

Companies such as SpaceX have become the future of American spaceflight. SpaceX has redefined space travel through the creation of the reusable Falcon 9 rocket. Reusable rocket stages have significantly lowered the cost of launches, thereby providing funds used to research and develop even more advanced reusable rockets.

SpaceX is presently developing the Big Falcon Rocket, which will be capable of powering flights to the moon and Mars. SpaceX creator, Elon Musk, says the company’s primary goal is interplanetary travel, hoping to set up human outposts on Mars within the next 20 years.

The BFR will replace the Falcon 9, whose primary job is powering satellites into orbit and resupplying the International Space Station (ISS), which has been in orbit for almost 20 years. The ISS is a floating research laboratory that presently houses six astronauts from around the world. Research includes almost every scientific field, including genetics, how lack of gravity might affect long-distance space travelers, how well plants grow in space, manufacturing in space… and the list is almost endless. Many experiments performed on the ISS are designed to help plan the soon-coming missions to Mars and beyond.

Also available on the NASA Now and Next Mission are Journey to Mars: Explorers Wanted, the Mars Rover Concept Vehicle, Eyes on the Universe: NASA’s Space Telescopes 3D, the IMAX Theater, Mission Status Briefing and Science on a Sphere. 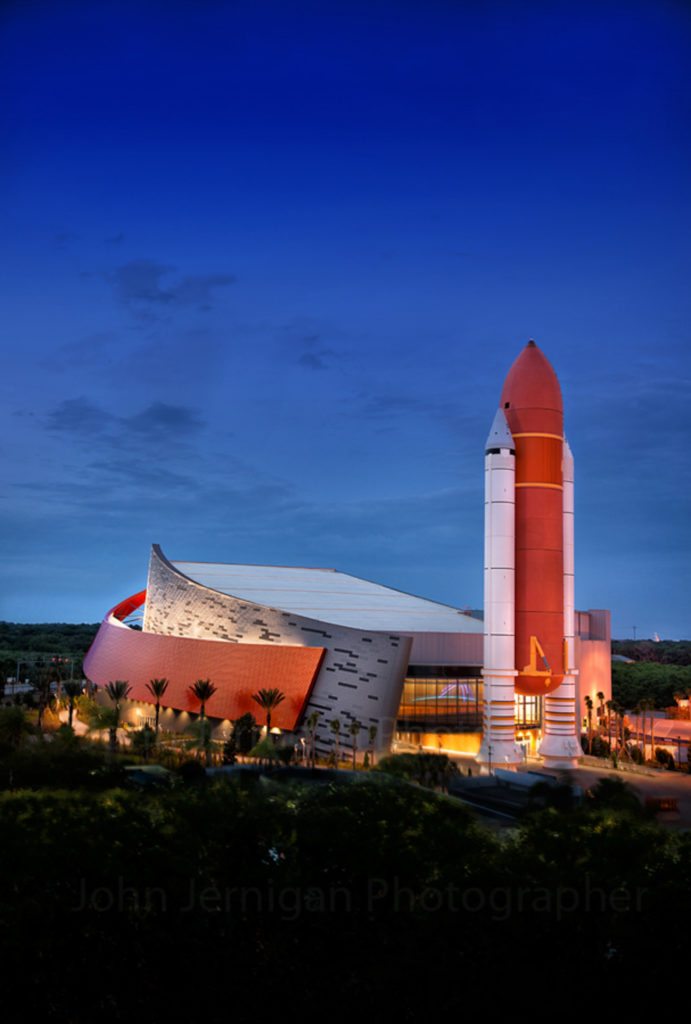 “Camp KSC was created to inspire the next generation of space explorers… the kids who aspire to be astronauts or engineers,” says Shireman. “We really give them a hands-on experience. There are age-specific activities [and] individual and team challenges, and the kids have a chance to explore the Visitor’s Complex itself. They get to meet the astronauts and witness the technology that made space exploration possible. Camp KSC is an all-encompassing program that is meant to educate and inspire tomorrow’s leaders in the space program.”

Make sure your flight plan includes a visit to the Kennedy Space Center Visitor Complex. Learn the history of man’s adventures in space, and get a glimpse of what the future holds. Plan to spend the day and plan to be totally amazed!