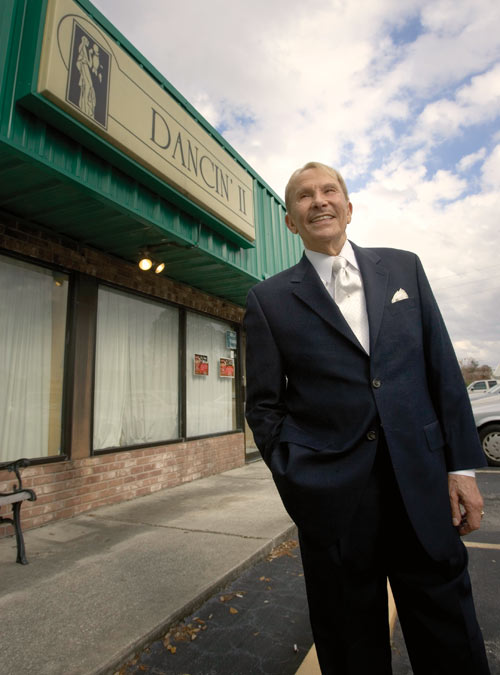 Ron Williams has always believed in sharing his good fortune with others.

“You can’t just keep taking in life and not give back,” says Williams, 77, who has owned Tavares-based Dancin’ II Ballroom Studio for 26 years. “Somehow you have to pay the bill for your good fortune. I’ve always thought the best way to do that is by helping out your neighbors.”

That philosophy has proven beneficial for those in the Eustis area. For the past three years, Williams has organized the Red Carpet Charity Ball to benefit a different charitable organization each year. Last year’s ball was held October 24 at Mission Inn Resort & Club, with proceeds going to The Salvation Army and the Human Care Network.

The Red Carpet Charity Ball has become an annual gala affair that includes a dance competition among dance studios from around the
state, cocktails, a celebrity/professional fashion show, dinner, and a performance by the reigning United States Ballroom Dancing champions.

“We are very touched by Ron’s generosity,” says Bill Stewart, director of development for the Leesburg office of The Salvation Army. “He is a professional from top to bottom. The good work he does for the community comes from his heart. We are very fortunate to have someone so accomplished and so generous here among us.”

“It was an overwhelming honor to be inducted into the Hall of Fame,” says Williams, who hails from the Richmond area. “When you’re doing something you love, you do it because you want to, not because you think one day you’ll be in a hall of fame.”

Williams and his siblings began dan-cing as children, first taking those proverbial ballet lessons. From there, they progressed to jazz and then finally into what made them famous—ballroom dancing. As The Williams Family, the trio opened for such acts as Andy Griffin and The Diamonds. Williams later moved to New York City, where he taught ballroom dancing at the famous Arthur Murray Studio. While dancing professionally around the world, he was also a highly sought-after international instructor and judge. 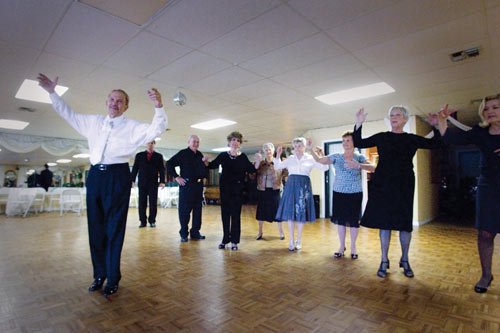 Above: Ron Williams and his family were recently inducted into the Millennium Professional Hall of Fame for their contributions to ballroom dancing.

“It was a dream come true for me to be a professional dancer, teacher, and judge,” says Williams. “My dancing career was really a gift and a blessing.”

While at a dancing competition in Fort Lauderdale in the early 1980s, Williams first had the idea of making Florida his home.

“It was February and here we were lying around the pool.” recalls Williams. “Back home in Virginia it was cold and snowing. I think that’s when I fell in love with the Florida sunshine.”

A couple of years later, some friends in the dancing business told Williams about a dance studio that was for sale in Tavares. He took it as a sign, visited the studio, and bought it in 1982. Williams was still in the middle of his very active career, so the dance studio was bought as an investment. But every time he visited the area, Williams became more and more enamored with it. When he decided to retire from professional dancing in 1998, he moved to Eustis. Rema and Alan live in Sarasota.

“I love this area of Florida,” says Williams. “I love the quiet and the slow pace. I like knowing everyone in the community. It’s just a good place to live.”

Williams has also seen a renewed interest in dancing, thanks largely to television shows like SoYou Think You Can Dance and Dancing With The Stars. So does he watch the dancing shows?

“Of course, I watch them,” says Williams, laughing. “And I even judge the contestants while I’m watching. Most of the time, I’m pretty good at picking out the winners, too. So I guess I haven’t lost my touch.”

Once a dancer, always a dancer.