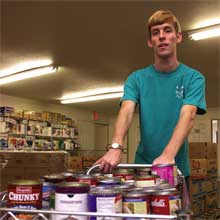 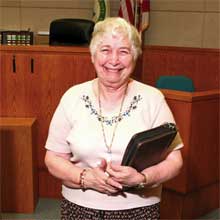 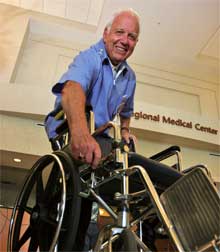 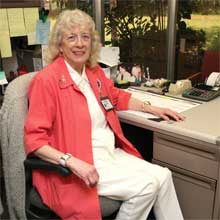 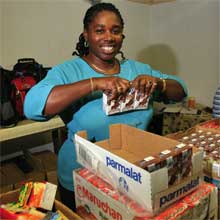 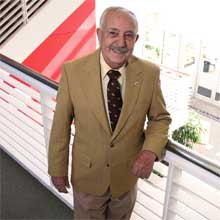 Growing up in Ocala, I often heard this is a community with a giving heart. As an adult, I continue to hear my hometown described as a very charitable place. So, what does this mean?

Visible activities reinforce this description. One need only look around the corner to see a local toy drive for needy children or a spaghetti supper for a local school or a blood drive for hurricane victims to know there’s a lot of benevolence in motion. And these events don’t occur by osmosis; quite the opposite.

Organizing successful charitable activities takes a significant amount of time, resources, money, and people. And the time and people element is, perhaps, the most provocative facet of this notion. Granted, non-profit organizations cannot exist without a solid financial foundation, yet human resources are essential. Any charity will tell you its doors will close in a minute if there were an absence of volunteers.

Maureen Quinlan, President of the United Way of Marion County, says that the foundation of a non-profit agency is defined by volunteers.

“Community giving is not only defined by money, but also by volunteer time and how the needs of a community are addressed,” says Maureen, adding that in the past nine months since she’s moved to Florida from New York, she has seen firsthand this area’s generous nature. “There is a lot of awareness of the needs in our community.”

Maureen says her own organization’s volunteers go above and beyond the call of duty when giving their personal time, ranging from serving on committees to coordinating events. She also stresses the importance in identifying the right volunteer with the right charity so everyone benefits with a win-win situation.

“You shouldn’t be on a board if you don’t have a passion for that organization’s cause,” Maureen notes.

Beth McCall, Director of the Munroe Regional Medical Foundation, agrees, saying the best place to begin in giving of your time is to look inward.

“Look at what you are interested in and then find an organization that fosters your interest while giving of your time,” says Beth. She adds that many of the hospital volunteers originated as either appreciative former patients or passionate advocates for the health care system.

And, as Gary Linn, the Executive Director for Interfaith Emergency Services, attests, when you volunteer your time, you set the example for more than just yourself.

“We have families who volunteer together, with parents helping out in the pantry and the children sorting canned food,” says Gary, emphasizing that his organization exists because of its volunteers, as well as collaboration with other non-profit organizations.

”This is such a loving and caring community,” he adds. “We really do try to help each other.”

Giving comes in all ages, says Dian Booth, Director of Retired and Senior Services and Volunteers. Several of her 1,173 volunteers donate over 2,000 hours annually.

“Our volunteers make a significant impact in this community,” she offers.

And the evidence is clear. Altruism is alive and well in Marion County because of the big heart of a very giving community. The proof is in the people. Here are five examples of Ocala’s giving spirit.

Jason Crowder decided early on he wouldn’t let his age or physical illness keep him from making a difference in his community. So, at 22 and in spite of suffering from cerebral palsy, Jason filled out a volunteer application at Interfaith Emergency Services and has been donating his time and heart there ever since.

Jason works in the food pantry in the warehouse and faithfully shows up to stock the shelves and fill individual food orders every week. His mother, Eunice Johnson, says volunteering has become a “central part of his life.” Jason says his favorite part of his work is “seeing the people come in for the food.”

Jason has a good role model in his mother. She takes him and his younger brother David to Interfaith to volunteer on a regular basis. Eunice observes that little things are a big deal to charities – something she and her sons have seen firsthand while helping at Interfaith.

“It makes me proud to see them help,” she says. “Interfaith appreciates the smallest things — a couple jars of peanut butter make the warehouse manager so happy.”

“Priceless.” That’s the feeling Doris Paraway says she gets when she volunteers.

“I get back so much more than I give,” she explains.

Doris dedicates much of her extensive volunteer time to causes helping children, whether celebrating their birthdays at Reddick Elementary School or helping children through the Marion County’s Guardian Ad Litem program. Named as one of the inaugural volunteers of the year by the Star Banner, Doris insists she’s happiest when she knows she has helped a child.

“I’m not just going to sit around, I have the time and I want to make a difference,” says Doris, “When I see a child who has been placed in a safe place, I just float out of the courtroom.”

A Marriage of Giving: Joe and Lyn Dattilo

A trip to the Munroe Regional Medical Center was life changing for Joe Dattilo in many ways. Not only did Joe fully recover from a life-threatening illness, but he also came away grateful for the care he received. So much so that both Joe and his wife, Lyn, have become dedicated volunteers at MRMC while donating their time freely and together.

Joe works in the hospital’s central transport department while Lyn works for the MRMC Foundation office. Additionally, this generous couple volunteers 20 hours a week at other organizations and say they are the ones who benefit.

“The world has been good to us,” says Lyn, ”so we feel like we’re giving back.”

There is one thing Beverly cannot live with and that is the thought of a child going hungry. So she gives up her lunch break from work once a week to stuff and deliver backpacks to schools so children in need can have enough food over the weekend. Interfaith Emergency Service’s Backpack for Kids program provides food for children and their families. This is a program that, according to Beverly, makes volunteering easy.

“It doesn’t take that much time to make a difference between life and death,” she says, “This has become a passion for me because we’re not just feeding one child, but every child in the house when that backpack is brought home.”

Beverly drives to pick up the stuffed backpacks from various locations throughout town and delivers them to the schools that are participating in this program. She also helps stuff the backpacks. For her, this is a mission that hits home.

“I have two sons of my own,” she says, “and know that if we were ever in a tough situation, there would be someone who would care enough to help my sons have food to eat.”

Higher education has been a passion for Russ Smith who has dedicated his time to the Central Florida Community College Foundation. For him, there is nothing better than knowing someone’s academic future is secure because of a charitable gesture.

“You cannot put a price on the joy you feel when you read a note from a student whom you’ve assisted, saying it made it possible to continue his or her studies toward a good career,” says Russ, who attributes his excellent health in his mid-80s to his extensive volunteering for agencies including the Arnette House, United Way, The Centers, Central Florida Symphony, and the Marion Chamber Music Society.

Russ also adds he gives himself his favorite Christmas present each year — a scholarship for a CFCC student.

“This year, I’m putting a young single mother through the Emergency Medical Technician program,” he says, “It will make the most wonderful Christmas for me.”

5 Characteristics of a Good Volunteer
By Maureen Quinlan, President of United Way of Marion County
1. Understand the mission of the organization.
2. Share the passion of the organization’s cause.
3. Think outside of the box in finding ways to help the charity.
4. Ask good questions and don’t be afraid to make suggestions.
5. Be flexible with your time.