These once-endangered creatures are a tangible link to our rich history.

The Florida Cracker Horse isn’t just any horse. No, this special breed is actually a living, breathing Florida history lesson on four hooves. 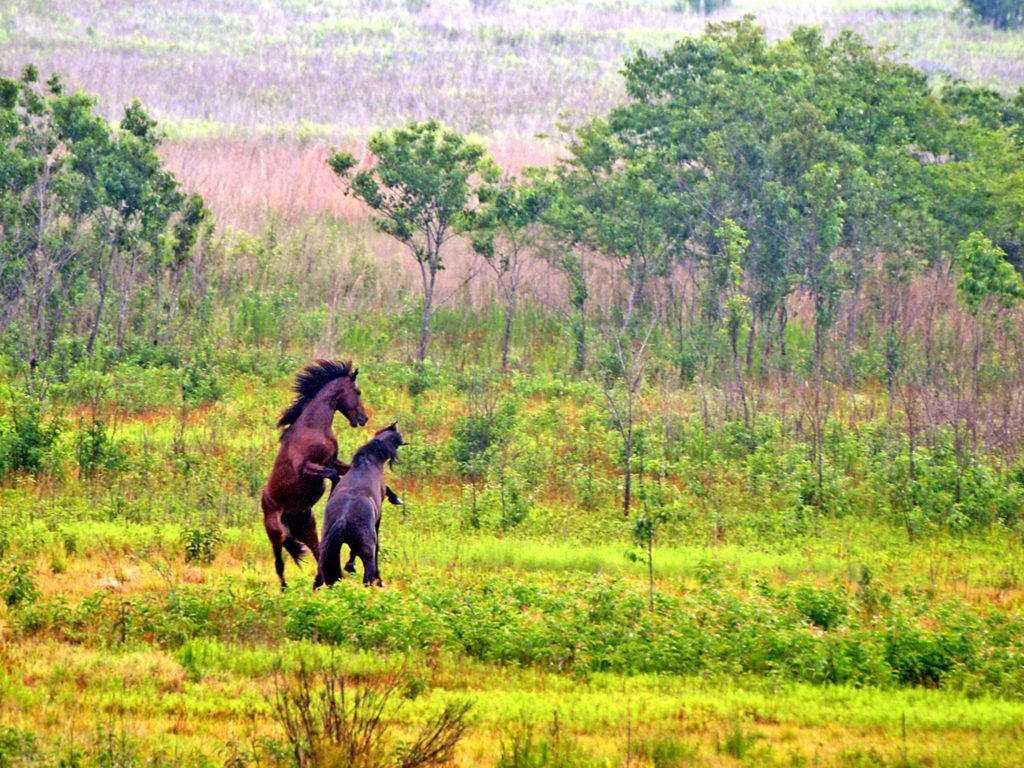 When the Spanish explorers came to Florida in the 1500s, they brought livestock with them— cattle, hogs, goats and sheep. And when you have livestock, particularly cattle, you need horses to herd them, so they brought those too.

These small, sturdy horses with lots of cow sense trace their genetic lines to the Iberian horse of 16th century Spain. The wayfaring Spanish introduced the horse to North, Central and South America, as well as to the Caribbean, Puerto Rico and Cuba. The horses they brought to Florida have a similar genetic base as the Spanish Mustang, the Paso Fino, the Peruvian Paso and the Criolla.

When the Spanish left Florida to explore new areas, they left behind livestock, as well as horses, which had to fend for themselves. The descendants of those horses were later captured and used by the Seminole Indians. Over the years, the horses were called a variety of names, including Seminole pony, Chickasaw pony, prairie pony and marsh tackie. Pioneering Florida cattlemen began using the Spanish horses, and they finally got a proper name that stuck. Those early Florida cattlemen were known as Crackers for the cracking sound their whips made when herding cattle. Soon the name was used for the distinctive horses they rode and thus the Florida Cracker Horse moniker was born.

During the Great Depression, horses and cattle were brought to Florida from the Dust Bowl areas. Unfortunately, those animals also brought with them the screwworm parasite that nearly wiped out the Florida Cracker Horse. With the disease 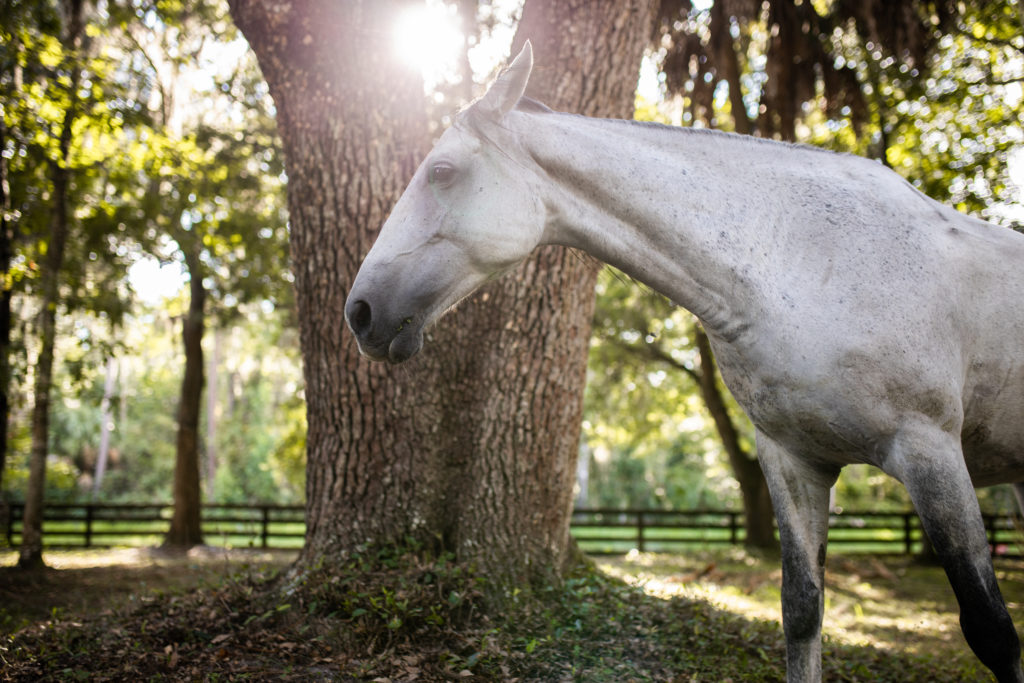 and the need for cutting cattle for vaccinations, ranchers started using stronger, taller quarter horses. Only through the efforts of a half a dozen ranching families did the Florida Cracker Horse survive. Over the next five decades, their numbers were few until a group of history-minded horse lovers stepped in.

“I grew up riding these tough little horses that we called Florida cow horses,” says Jack Gillen, an original and current director of the Florida Cracker Horse Association. “Later…we realized what they really were. This was in the 1980s. About that time, the state wanted to put some horses at Paynes Prairie, which had been a large Spanish cattle ranch at one time. The idea was to put some heritage animals there, which included Florida Cracker Horses and Florida Cracker Cattle, both which had originally been brought here by the Spanish.” 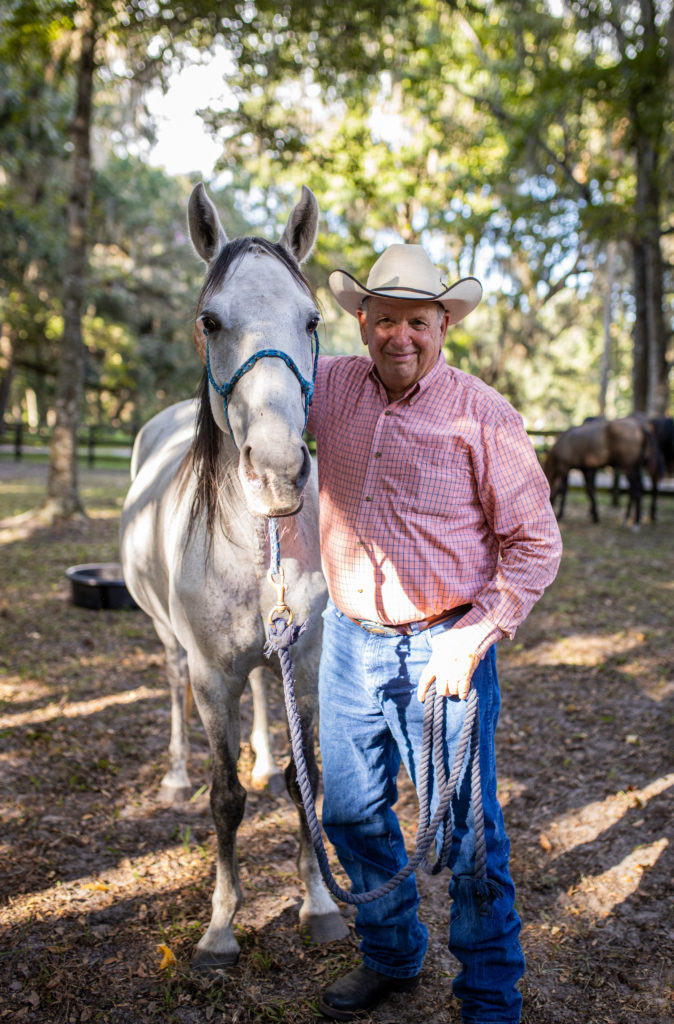 “After the Paynes Prairie project, Bob (Berry) thought we should form an association and start a registry to preserve the Florida Cracker Horse,” says Gillen. “With Bob as the first president, we formed the Florida Cracker Horse Association (FCHA) in 1989. We began talking to people, tracking down and collecting history on any possible Cracker horses.
We came up with about 30 horses that were the first ones we registered.”

In 1991, the FCHA selected 75 horses as foundation horses, with 14 more of their offspring later added. Those horses became the four foundation bloodlines of today’s Florida Cracker Horse, with 1,000-plus horses now registered with the FCHA. And the association now has some 200 human members.

As a breed, the Florida Cracker Horse is described as small saddle horse with a strong herding instinct and good agility over rough ground. They’re typically 13.2-15.2 hands (54-62 inches) tall at the withers (shoulders) with a strong short back and sloping rump. Solid colors like bay and gray are the most common, but they can be any color found in horses. Not all Florida Cracker Horses are gaited, but many are and have a fast walk that efficiently covers a lot of ground when herding cattle.

At his Micanopy ranch, Gillen has eight Florida Cracker Horses, including two stallions, three mares and their offspring. And, of course, Gillen uses his horses to work his cattle, which are, yes, Florida Cracker Cattle. His favorite mount is a 14-year-old gray mare named Cazador de la Vaca, which appropriately enough in Spanish means “hunter of the cow,” Caz for short.

“When it comes to working cattle, it’s tough to beat a Florida Cracker Horse. They are smart and can go all day,” says Gillen, whose horses are gaited. “But people use them for trail riding and other ranch horse activities like team penning and sorting and roping. They are very versatile and just a great all-around little horse.”

As well as being a unique and ongoing piece of Florida history.