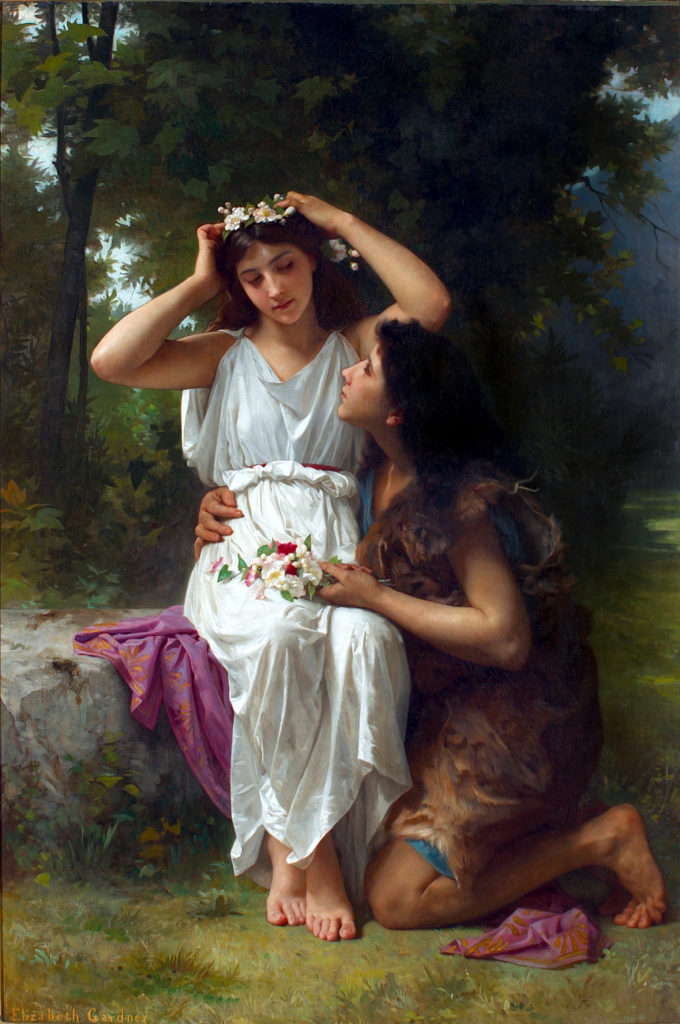 Sometimes paintings have a deeper meaning than what immediately meets the eye. In the art world, painted elements that are symbols for a theme or idea are called iconography, and teasing out the “meaning within the meaning” is half the fun of working with fine art.

For instance, what do you think of when you consider the characteristics of a dog? Loyalty, perhaps? Maybe faithfulness? That is exactly why a dog pictured in a 15th-century engagement painting would be placed at the feet of the happy couple—to symbolize that couple’s loyal and faithful bond to one another through marriage. But dogs aren’t the only creatures used; birds are also used as iconography, with pelicans indicating self-sacrifice and goldfinches representing Christ’s resurrection.

In addition to symbolic animals, the language of flowers can also be used to represent concepts. One of the most beloved paintings at the Appleton, Daphnis and Chloe, shows an affectionate young couple surrounded by lush trees and flowers. The artist, Elizabeth Jane Gardner, took great pains to accurately paint each blossom, and many point to love and marriage. For example, the bouquet the kneeling Daphnis presents to his beloved contains pink morning glory, a symbol of the renewable nature of love and affection, red carnations, which equal love and admiration, and orange blossoms, which signify purity, chastity and innocence. The romantic tie between the two figures is further emphasized by the orange blossom wreath that Chloe places upon her head—a common adornment of 19th-century brides due to Queen Victoria’s trend-setting wedding attire.

Even the trees in the painting have meaning: The stately oaks in the background signifying the strength and endurance of the couple’s love. This probably has to do with the fact that, just like the legend of Daphnis and Chloe, Gardner herself had to wait many years before she could finally marry her sweetheart.

Next time you visit the Appleton, make sure to take a moment to study the paintings. There may be hidden meanings waiting for you to find them!